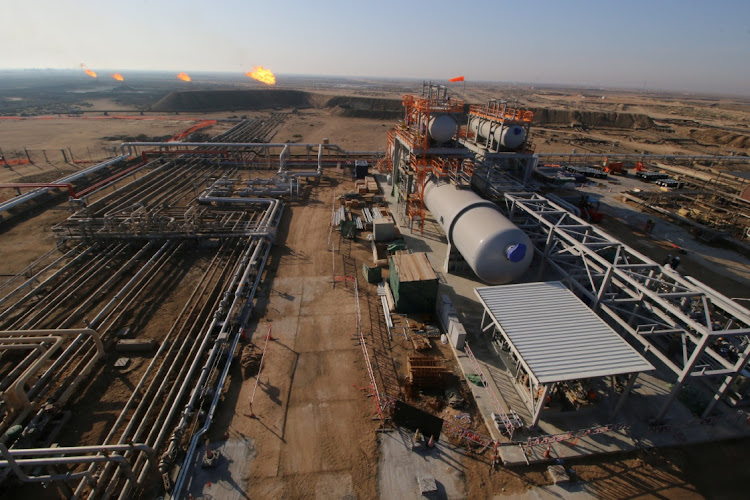 A general a view of the Rumaila oil field in Basra, Iraq. Picture: REUTERS/ESSAM AL-SUDANI

BP and PetroChina have formed a joint venture to manage the giant Rumaila field in Iraq, an operating structure the British oil major has adopted in other parts of the world as it focuses on the energy transition.

BP is at the beginning of transformation to slash emissions and hydrocarbon output, while ramping clean-energy production. That strategy sits uncomfortably with its presence in Iraq, one of the world’s biggest emitters of methane, a greenhouse gas more potent than carbon dioxide.

The new Basra Energy will run Rumaila with Iraq’s state-owned Basra Oil Company and, as a stand-alone company, it will have access to external financing, BP said in a statement. While the formation of the venture will not change the amount of greenhouse gases emitted, it will free up capital as BP seeks to increase spending on low-carbon projects.

In 2016, BP formed Aker BP by joining its Norwegian assets with Det Norske Oljeselskap. More recently, BP and Italy’s Eni said they were considering merging their Angolan oil, gas and liquefied natural gas assets in a bid to revive output.

Iraq’s cabinet approved the restructuring and said Basra Energy will be responsible for financing and developing the field, oil minister Ihsan Abdul Jabbar said in a separate statement. The Iraqi venture is subject to other approvals.

BP won the right to develop Rumaila in 2010, and the new joint venture is expected to operate until the contract is due to expire in 2034. The field is one of the world’s biggest, pumping 1.4- million barrels a day in 2020.

Jabbar said in July that BP wanted to pull out of Rumaila, though he later added the government was working to improve operating conditions for foreign oil companies and stop them exiting.

Iraq pumps about 4-million barrels a day of crude, more than any other member of Opec aside from Saudi Arabia. Yet international energy companies have been put off in recent years by political instability and tough contractual terms. ExxonMobil is trying to sell a stake in the West Qurna-1 field, while TotalEnergies and Lukoil also want to divest some assets.

BP’s presence in Iraq dates back to the 1920s, when its forebears helped discover the Kirkuk field in the north of the country. The company pulled out of the field last year.