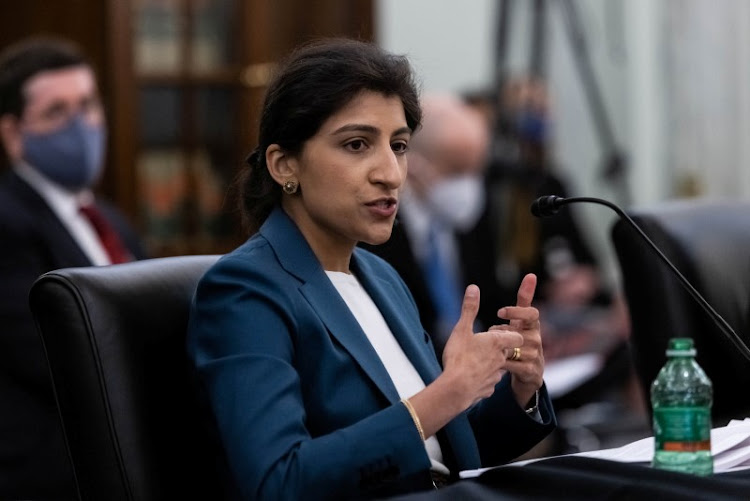 US antitrust officials refiled their monopoly lawsuit against Facebook on Thursday, seeking to salvage the landmark case that a judge threw out in June.

The Federal Trade Commission (FTC) filed the new complaint in federal court in Washington, alleging that Facebook violated antitrust laws by buying Instagram and WhatsApp to eliminate them as competitors. As in the previous complaint, the FTC is asking the court to unwind the acquisitions.

“After failing to compete with new innovators, Facebook illegally bought or buried them when their popularity became an existential threat,” Holly Vedova, the acting director of the agency’s competition bureau, said in a statement. “This conduct is no less anticompetitive than if Facebook had bribed emerging app competitors not to compete.”

Facebook  said  the  FTC’s antitrust case against the company was “meritless”.

“There was no valid claim that Facebook was a monopolist — and that has not changed,” a Facebook spokesperson said in an emailed statement. “We will continue vigorously defending our company.”

The agency is trying to revive the case after US district judge James Boasberg in June dismissed it, saying the agency failed to provide enough detail to support its claim that Facebook has a monopoly in the social media market. Boasberg had given the FTC 30 days to fix the error and refile, and the commission won an extension until August 19.

The Facebook case, first filed in December, presents an early test for FTC chair Lina Khan, who was named head of the agency in June by US President Joe Biden. Khan is a leading advocate for taking a more forceful antitrust stance against companies and is already taking steps to bolster the agency’s authority.

Facebook sought to bar Khan from participating in the case, arguing that her academic writing about the company and her work on the House antitrust panel, which investigated Facebook and other tech platforms, showed she is biased.

The FTC said in its statement that the agency’s general counsel reviewed Facebook’s recusal petition and dismissed it. The FTC voted 3-2 to file the amended complaint, with Khan joining the agency’s two other Democrats in favour of the case, which the Republican commissioners voted against.

“As the case will be prosecuted before a federal judge, the appropriate constitutional due process protections will be provided to the company,” the FTC said.

The lawsuit is part of a broad effort by legislators and competition enforcers to rein in the power of the biggest US tech companies. Besides the Facebook case, the justice department and state attorneys-general across the country have multiple lawsuits pending against Google, while Democrats and Republicans on Capitol Hill are pushing forward with a raft of bills that would impose new restrictions on how the companies do business.

Supporters of the Facebook lawsuit said Boasberg’s decision illustrated the legal barriers the government faces in bringing monopoly cases. Advocates for reform say court decisions over decades have effectively allowed dominant companies to engage in anticompetitive tactics and that Congress must give enforcers new authority.

Boasberg not only threw out the FTC’s case. He also dismissed a parallel case by state attorneys-general led by New York, without giving them an opportunity to try again. The judge said the states waited too long to challenge Facebook’s acquisitions. Facebook bought Instagram in 2012 and WhatsApp in 2014. The legal doctrine that applied to the states doesn’t apply to the FTC.

The FTC said the new complaint provides fresh details showing that Facebook had dominant market shares in the US personal social networking market and evidence to show Facebook has the power to exclude competition and significantly reduce the quality of its product without losing a significant number of users.

Boasberg also narrowed the FTC’s case. In addition to trying to unwind the two deals, the FTC said Facebook tried to thwart competition by only allowing third-party apps to connect to its platform on condition that they don’t compete against Facebook and don’t connect with other social networks.

The FTC argued that the policy deterred apps from offering features that might compete with Facebook and prevented promising apps from evolving into competitors that could threaten Facebook’s monopoly. In the new complaint, the agency revised its claim that Facebook cut off access to its platform.

Boasberg had dismissed that part of the case, saying that under existing antitrust law established by the courts, companies don’t have an obligation to do business with other firms and can “refuse to deal” even to prevent a rival from competing.

“A monopolist has no duty to deal with its competitors, and a refusal to do so is generally lawful,” Boasberg wrote. “The FTC, therefore, cannot get anywhere by reframing Facebook’s adoption of a policy of refusing to deal with all competitors as the execution of an unlawful scheme of monopoly maintenance.”

KATE THOMPSON DAVY: One to rule them all: the dawn of the super app

KATE THOMPSON DAVY: One to rule them all: the dawn of the super app