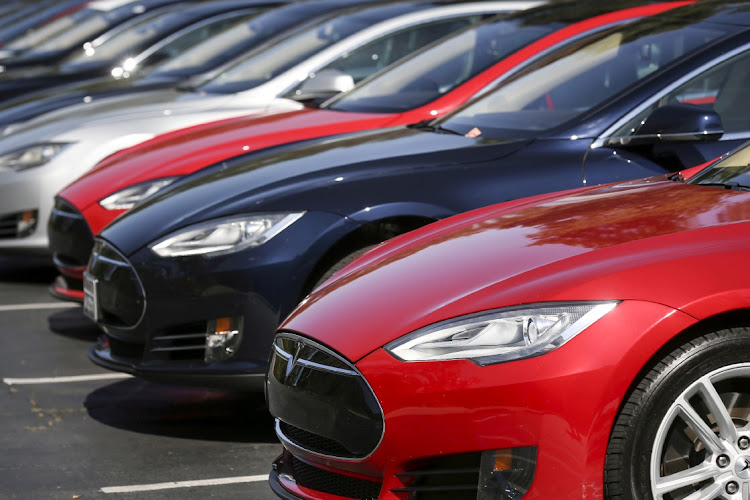 A row of Tesla Model S sedans are seen outside the company's headquarters in Palo Alto, California, in this April 30 2015 file photo. Picture: REUTERS/ELIJAH NOUVELAGE

Norwegians own more electric cars per capita than anyone else on the planet. But their obsession with Teslas has done little to persuade the nation that there is a future without oil.

According to a weekend poll, 55% of voters in Western Europe’s biggest oil producer want exploration to continue. The results come as Norway prepares for general elections in September, with oil policy again set to be high on the agenda.

The conservative government says Norway should explore for oil as long as it is profitable. That is as the world digests the latest findings of the UN’s Intergovernmental Panel on Climate Change, which show that the planet is heating up much faster than feared, and that a reduction in greenhouse gas emissions is the way to avoid a climate catastrophe.

Norway, the richest nation in Scandinavia thanks to its oil wealth, acknowledges that the IPCC report “confirms the severity of climate change”, and the country has made investments in renewable energy in an effort to cut emissions. But the government insists drilling for oil will still be needed. Higher carbon prices might mean that such exploration will be unprofitable sooner than previously expected, Prime Minister Erna Solberg has said.

Most polls indicate that Solberg’s conservative coalition will not be re-elected after eight years in office. But with the majority of voters pro-oil, a more left-leaning, climate friendly opposition will face hurdles if it tries to scale back Norway’s most important industry.

The Labour Party, which looks set to lead Norway’s next government, has argued that reducing demand for fossil fuels will be the main lever for cutting production, and points to an expected decline in oil exports as proof that Norway needs to change its strategy.

More left-leaning parties that might form part of a Labour-led coalition have been more explicit in their desire to abandon fossil fuels.

Last week’s report from the world’s top climate scientists sounded “the death knell for fossil fuels”, Lars Haltbrekken, an MP for the Socialist Left Party, said not long after the IPCC published its assessment. Radical change in national oil policy is a “realistic” prospect, he said.

Moderna’s valuation reflects expectations for big growth, in this case coming from two main drivers: continued sales of its Covid-19 vaccine and ...
Opinion
11 months ago