Only constant about Covid-19 is companies will have to change, and then change again

Covid-19-era start-ups face the prospect of pivoting again, as the acute crisis fades 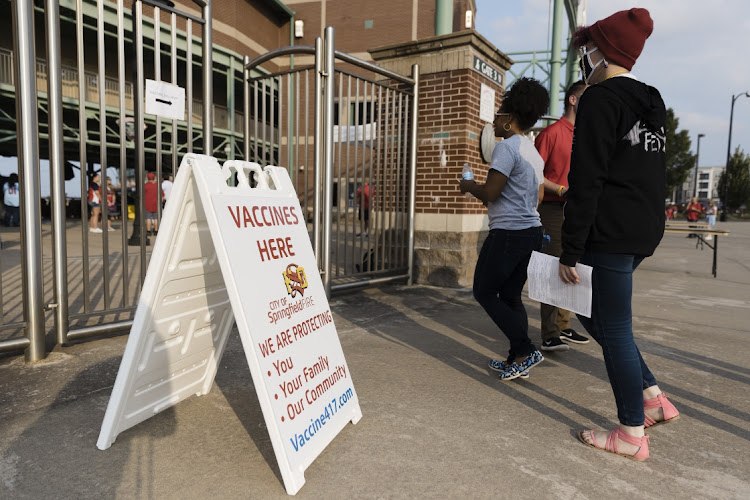 A year and a half into the Covid-19 pandemic, many companies are beginning to grapple with the prospect of returning to some semblance of normality. Then there are the subset of companies that can’t go back, because they completely transformed themselves in 2020 to solve some kind of pandemic-related problem. These Covid-19-era start-ups now face the prospect of pivoting yet again, as the acute crisis fades, the Delta variant looms, and the coronavirus-challenged world enters its next stage. Here are the stories of three of them.

Early in 2020, Sam Bernstein’s 50-person start-up had built what he thought was a solid business out of helping college students find rental housing. Then came Covid-19. “The business went to zero, with no line of sight” for how long it would last, says Bernstein. He cut his staff by 80% and emerged with the remaining team two months later as Table22, which helped restaurants sell cook-at-home kits, groceries and provisions, or specialised drinks. Restaurants loved the predictable business and relatively fat profit margins, and Bernstein raised $7m from venture investors in December.

As indoor dining returned, though, restaurants were suddenly awash in patrons eager to celebrate their ability to spend the evening in public. The eateries found themselves starved for employees to help facilitate the rush of new business. “Every restaurant we talk to is totally slammed,” says Bernstein, “and there’s a ton of pent-up demand.”

That’s left his customers stuck between trying to offer sit-down meals and keeping up their meal kit businesses. And although few clients have dropped Table22 entirely, that sometimes means the need for its services has shifted down.

Italian restaurant Frankies 457 Spuntino, a Brooklyn, NY, neighbourhood favourite, for instance, had been selling elaborate kits through Table22 to accompany its cookbook —they included ingredients for a three-course dinner for four to six people, which had to be measured out in the kitchen ahead of time. For now, Frankies is scaling back to pasta kits, Bernstein says, as it juggles that business with serving people walking through the door.

Curative started in January 2020 with the goal of improving the health outcomes of patients with sepsis, the body’s extreme response to infection. But within weeks, the company’s managers set their sights on what seemed like a more urgent medical challenge: providing Covid-19 testing. The California-based company jumped from seven employees to 7,000 workers within the next year.

“We ended up having to build whole mock-lab set-ups where we would do training and bring through cohorts of 50 at a time and train them for a week,” says Fred Turner, Curative’s CEO.

Curative was quickly processing more tests than the lab software system it had bought from an outside vendor could handle. “We would have people sitting on the floor doing nothing because the software wasn’t working and we couldn’t scan in the sample,” said Turner.

In response, Curative built its own software. When swab supplies were tight, it repurposed swabs meant for electronics manufacturing (they’re just as sterile). During a statewide deployment of 1-million test kits in nursing and group homes in Florida, Curative ran out of barcode scanners, and United Parcel Service, which was distributing its test kits, told the company it had run out of vans. So Curative hired private couriers.

Curative added vaccine distribution to its line-up of services in late 2020 — and then the music stopped.

“Covid-19 always surprises us,” Turner says. “It turned on a matter of days, from increasing 10% in volume every day to going down.” In January, the company produced 5-million test kits, then ceased production, and only worked through that supply in July.

“It’s like one minute you have the best product-market fit of all time, and then the next minute you have 7-million kits in a warehouse and nobody wants them,” says Turner. He says he isn’t concerned about finding a new direction, but in the meantime, Curative has downsized to about 4,500 workers.

Roberto Ortiz and his co-founders had started the Silicon Valley accelerator Y Combinator in January 2020 with a plan for a start-up that helped restaurants manage wholesale purchases. Covid-19 was already making the idea look shaky on a Sunday in early March 2020 when an employee heard a noise in the San Francisco Airbnb they were using as a temporary office. He walked onto the back patio and noticed the entire deck was in flames. Everyone grabbed their stuff and ran. No-one was hurt, but when they returned and saw their just-printed business cards covered in ash on the dining room table, it felt clear: it was time to move on.

Ortiz and the team scattered across the US and tried to figure out their next move over Zoom. Eventually they decided to fix the problem staring them in the face: how to make virtual gatherings less excruciating.

Welcome, their platform, helps companies throw highly produced online gatherings. It was an easy sell in 2020, during the worst of the Covid-19 lockdowns, but everyone knew it wouldn’t last. At this point, absolutely no-one is excited about attending a Zoom conference. But remote work doesn’t seem to be going away, so Welcome is shifting its technology to handle internal meetings, corporate town halls, and orientations for remote or hybrid workforces.

The company tells customers it’s helping them foster a strong company culture even when they’re not together physically — it’s a need Ortiz knows about first-hand, given that he’s now living in Puerto Rico with his family, far from his colleagues.

“We’ve been through battle and fires, but I never bought you a cup of coffee, or we never went for a walk-and-talk,” he says of his 60 employees. “There’s something missing that this doesn’t solve for.”

The technology giant will now ask most employees to return to work from October 18, says CEO Sundar Pichai
Companies
1 month ago
Next Article