Restructuring aims to restore profitability by cutting 10,000 jobs and lowering costs by a fifth 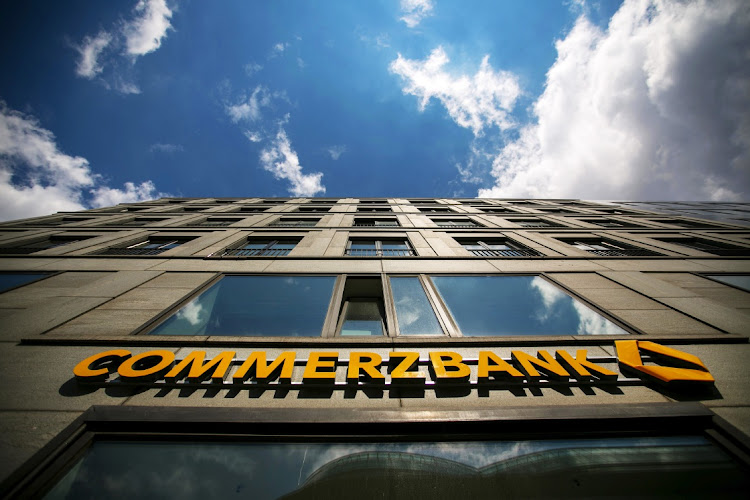 Commerzbank saw earnings in the past quarter hit by a long series of one-off charges, undermining an otherwise solid performance and complicating efforts by CEO Manfred Knof to grow the lender.

The shares fell after Commerzbank reported 18% lower revenue and a net loss of €527m, both worse than estimated. However, it reiterated a forecast for revenue to increase slightly in 2021 and said a key measure of capital strength will probably come in better than planned.

“Performance was impacted by a number of one-offs,” Anke Reingen, an analyst at RBC Capital Markets, wrote in a note. Still, “we calculate that operating performance was better than expected”.

Knof in February embarked on a restructuring that aims to restore profitability by cutting 10,000 jobs and lowering costs by a fifth. The CEO has chalked up a few successes — he has signed an agreement on the cuts with the workers’ councils and another one with Oddo to outsource equities trading — but he has also faced a number of setbacks, including unexpected expenses and turmoil in the top ranks.

Commerzbank fell 4.7% in Frankfurt trading, erasing all gains for the shares in 2021.

CFO Bettina Orlopp postponed fresh guidance for 2021’s net income until after the third quarter, saying that the multiple one-offs complicated the picture. But in an interview with Bloomberg TV, she also pointed to the positive impact from a 7.7% increase in net commission income and lower provisions for bad loans, assuming Germany can avoid new lockdowns.

The higher commission income is “very important and also very promising for the next months”, Orlopp said. The bank is still “cautious” on loan loss provisions but if there aren’t any more lockdowns in the coming months, then “hopefully there will be quite some upside” by the end of the year, she said.

Knof wants to lower expenses to €5.3bn in 2024 while increasing revenue by 6% to €8.7bn. Commerzbank initially expected the cutbacks to result in declining top line this year, but it changed the outlook to a slight expansion after rapid growth in the first quarter on the back of the global boom in capital markets.

Among the one-off items was a court ruling that resulted in provisions of €66m, while a Swiss franc loan portfolio at its mBank subsidiary caused €55m in provisions. Most of these issue had been flagged before, but their impact still surprised analysts.

On the positive side, the lender booked a gain of €101m on investments made by its venture capital arm. That portfolio includes Marqeta, a US-based payments processor that listed in June.

Orlopp told analysts on a call that the stake in Marqeta contributed to the windfall but declined to specify how much it owns in the company. She also highlighted Commerzbank’s stake in the trading app eToro when she said the lender may book further gains on investments in the second half.

Commerzbank in June promoted Orlopp to deputy CEO and extended her contract, but the role of retail head remains vacant. COO Joerg Hessenmueller has attracted criticism for his role in the failed IT project. And on the supervisory board, chair Hans-Joerg Vetter abruptly resigned in March for health reasons, setting off the departures of other board members.

CEO, the only sitting bank CEO who led a major firm through the financial crisis,  must stay at least five years to capture any profit
Companies
11 months ago