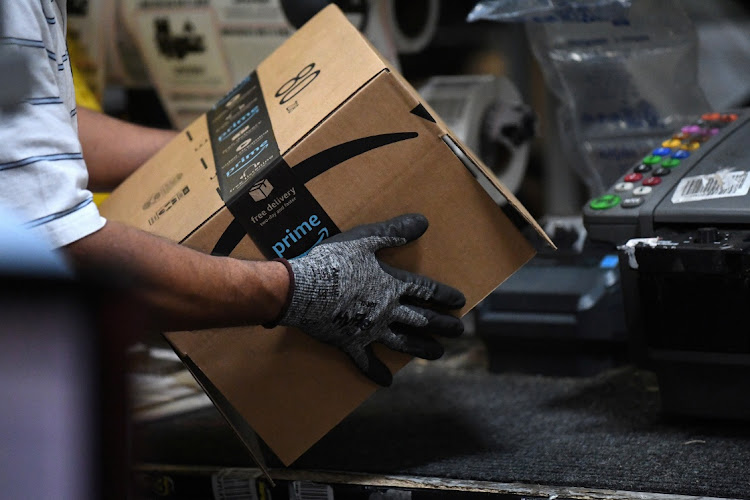 A worker assembles a box for delivery at the Amazon fulfilment centre in Baltimore, Maryland, the US. Picture: REUTERS/CLODAGH KILCOYNE

A federal official in the US has recommended overturning the results of a union election at an Amazon.com warehouse in Alabama, giving the retail union an opportunity to reverse its defeat, according to people familiar with the matter.

After losing the election in April, the Retail, Wholesale and Department Store Union (RWDSU) appealed the outcome to the National Labor Relations Board (NLRB), setting in motion a contentious hearing in May that was presided over by NLRB hearing officer Kerstin Myers.

The defeat had been seen as a major setback for union organisers, who have struggled to make inroads among workers at the e-commerce giant.

Myers has recommended the election be run again, said the people, who asked not to be identified because the recommendation isn’t yet public. The recommendation will be considered by a labour board regional director, and Amazon has the right to appeal the ruling to an NLRB panel in Washington. If a new election is called, it could happen later in 2021.

Myers’s recommendation means “there’s a strong likelihood” of a new election, said former NLRB member Wilma Liebman, who chaired the agency under former US President Barack Obama. Regional directors usually adopt the recommendations of hearing officers in such cases, Liebman said, and this case’s high profile could make the regional director that much more hesitant to overrule Myers.

The union has accused Amazon of making anti-union threats, firing an employee for distributing union cards and pressuring workers to cast their votes in a mailbox the company had installed in a tent on its property, in view of surveillance cameras. Amazon denied any wrongdoing.

Myers’ recommendation centres on the mailbox, according to one of the people familiar with the matter. During the NLRB hearing, an employee said Amazon security guards used keys to open the mailbox, testimony that Liebman said could be reason enough to overturn the result. Amazon has said that it had no access to the outgoing mail, and that it asked the Postal Service to install the mailbox to boost voter turnout in the union election.

The labour board has the authority to invalidate election results in response to conduct that could have changed the outcome and prevented employees from making a free choice about whether to unionise. That can include even creating the impression of surveillance or interference by management in the balloting process.

Stuart Appelbaum, the RWDSU president, said the union presented “compelling evidence” that the e-commerce company sought to interfere in the election.

“The question of whether to have a union is supposed to be the workers’ decision and not the employer’s,” Appelbaum said Monday in a statement. “Amazon cheated, they got caught, and they are being held accountable.”

Amazon vowed to appeal. “Our employees had a chance to be heard during a noisy time when all types of voices were weighing into the national debate, and at the end of the day, they voted overwhelmingly in favour of a direct connection with their managers and the company,” an Amazon spokesperson said in a statement. “Their voice should be heard above all else, and we plan to appeal to ensure that happens.”

The NLRB’s members in Washington, who would hear any appeal of the regional director’s ruling, are slated to be majority Democratic starting later this month, once the term of one of former President Donald Trump’s appointees expires and he’s replaced by one of President Joe Biden’s. That makes the union that much more likely to get the new election it’s seeking, Liebman said. “The timing is pretty good for them,” she said.

The ruling is a blow for Amazon, but there’s no guarantee the union will prevail a second time round. While the pandemic hampered the RWDSU’s first campaign, union membership was a tougher sell in Bessemer, Alabama, than in larger cities. Amazon’s starting wage of $15 an hour goes a lot further in Bessemer than in more expensive locations. The company also provides health benefits not offered by many local employers.

Moreover, Amazon can be expected to wage as fierce a campaign as it did last time — holding mandatory “information sessions” with employees, where managers argue that a union won’t necessarily improve wages and benefits. Such direct appeals probably helped the company win handily last time. Of the more than 3,000 ballots cast, Amazon garnered 1,798 votes against compared with 738 votes in favour of the union. While federal officials set aside 505 contested ballots — most of them disputed by Amazon, according to the union — there weren’t enough to change the result.

After spending years emulating Silicon Valley, the world’s second-biggest economy is charting its own course
Life
9 months ago
Next Article

China is where the money is at

China is where the money is at