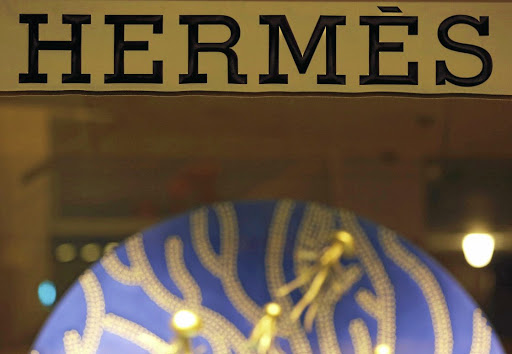 Revenue rose 127% at constant exchange rates in the second quarter, beating analysts’ estimates, and was 33% higher than in the same period in 2019, Hermes said Friday. Leather goods and ready-to-wear contributed to the strong performance.

Sales returned to 2019 levels for the company everywhere except France, where much spending depends on tourists. The strong performance follows Louis Vuitton owner LVMH, which earlier this week posted a 40% gain from 2019 for its key fashion and leather goods unit for the period. Shoppers worldwide have been splurging on luxury handbags, jewellery, and fashion after accumulating savings during last year’s strict lockdowns.

Growth in the Americas led by the US was the most buoyant for the group in the second quarter, quintupling. Hermes saw the return there of loyal customers as well as new ones that came via online shopping and some are now coming to stores, Executive Chairman Axel Dumas said during a call with reporters Friday.

Hermes is probably the most exclusive publicly traded luxury brand because of output constraints. The limited supply of goods from silk scarves to leather handbags has typically helped the French brand’s mystique and pricing power. Business was particularly challenged last year because production sites in France had to shut down for four weeks in March and April.

“Production at Hermes isn’t calibrated for revenue, but it’s calibrated for the best product,” Dumas said during the call. “The quality level is artisanal and not industrial.” But Hermes remains “ambitious” when it comes to production capacity after it recruited close to 400 employees in the first six months, he added.

The shares were little changed, having gained 81% in the past year, giving the company a market value of €136bn ($162bn).

Hermes’s quarterly revenue from its watch unit rose 151%, partly helped by the release in April of a $5,700 men’s watch called H08 featuring a sporty design.

This first half earnings season showed the luxury industry has recovered strongly from the worst of the last year’s lockdowns. Prada on Thursday said profit exceeded 2019 levels, sending shares to a seven year-high. That followed strong performance from Gucci owner Kering as well as LVMH earlier this week.

Gucci revenue jumped 86% on a comparable basis during the second quarter, owner Kering said on Tuesday
Companies
11 months ago

Equites executives crack a nod for commitment to share ownership

Smaller houses have found pandemic life much more demanding, with one challenge being standing out in a crowded market
Opinion
11 months ago
Next Article