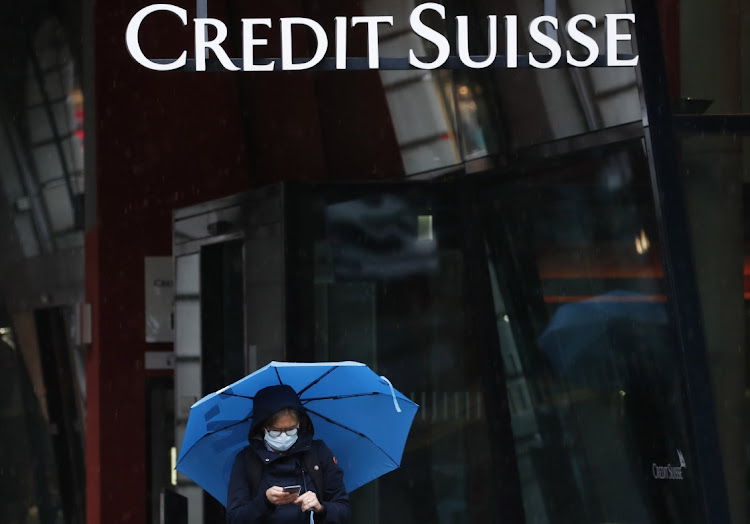 Zurich — A “lackadaisical” attitude towards risk and “a lack of accountability” were to blame for Credit Suisse’s $5.5bn loss on investment fund Archegos, according to a review published on Thursday, as the bank reported a near 80% fall in second-quarter profit.

The collapse of Archegos rocked Wall Street in March as its highly leveraged stock bets went sour, sending banks scrambling for the exit. In a $10bn bloodbath, Credit Suisse was the biggest loser, a devastating double whammy for a bank already reeling from the insolvency of a key associate, Greensill Capital.

Archegos is still hitting Credit Suisse’s bottom line. Net profit of 253-million Swiss francs missed average forecasts for Sf334m as it absorbed an additional $653-million loss from the fund's collapse and amid a general slump in trading.

In a review unveiled along with the results on Thursday, law firm Paul Weiss, Rifkind, Wharton & Garrisson gave a damning assessment of the bank’s risk management practices, though it did add there was no evidence of fraudulent or illegal activity.

“The Archegos-related losses sustained by Credit Suisse [CS] are the result of a fundamental failure of management and controls in CS’s Investment Bank and, specifically, in its Prime Services business. The business was focused on maximising short-term profits and failed to rein in and, indeed, enabled Archegos’s voracious risk-taking,” the 165-page review said.

The bank said in response that it would “put risk management at the heart of our decision-making processes”.

Analysts had expected a nearly Sf600m hole caused by more losses at Archegos and further weakness in the bank’s trading and advisory businesses to bring second-quarter net profit down to a quarter of its value a year ago.

Credit Suisse said action has been taken against 23 staff over Archegos, with nine fired and a total of $70m in monetary penalties taken from all of them.

Under new chair Antonio Horta-Osorio, it is trying to turn the page after a swathe of investigations, executive changes and divisional reshuffles, and is promising to open a new chapter with a strategic overhaul to be unveiled later in 2021.

An exodus of senior dealmakers and traders from its investment bank, and plans to reduce risk in its prime brokerage unit, have made the changes especially felt within that division.

The bank said on Thursday that a provisional capital buffer for Archegos has been removed, but a buffer for Greensill remained. It said it was in advanced talks with some creditors to recover some of the $10bn of client investments linked to Greensill.

It also said it had been accruing for dividends during the quarter but the size of the payout had yet to be determined.

Investors and analysts have been waiting to see whether recent troubles at Credit Suisse, which have also left clients in its asset management business directly exposed to potential Greensill losses, have affected prized relationships with the ultra-wealthy.

Credit Suisse on Thursday reported Sf7.3bn in net asset outflows from its wealth management businesses, an indicator of a loss in business from rich clients, for the second quarter.

CFO David Mathers told journalists on a call that Sf4.2bn of the outflows were related to its efforts to limit its risk in Asia, and the outflows had been concentrated early in the quarter.

Earlier this week, Credit Suisse appointed Goldman Sachs partner David Wildermuth as its new chief risk officer, as it seeks to turn the corner on the Archegos and Greensill scandals

A 41% fall in investment banking revenues showed the broader effect of the scandals to be slightly more pronounced than analysts anticipated, as its capital markets business posted a nearly 10% decline on an unadjusted basis and its advisory revenues fell 37% “due to timing of deal closings”. That combined with a $653m Archegos hit pushed investment banking to a pretax loss.

Trading revenues also fell at major US and European banks in the second quarter compared to 2020 when unprecedented market volatility during the early months of the coronavirus pandemic helped drive record volumes.

Credit Suisse has said it wants to pare back its prime brokerage unit, which conducts business with hedge funds and was responsible for the Archegos ties.