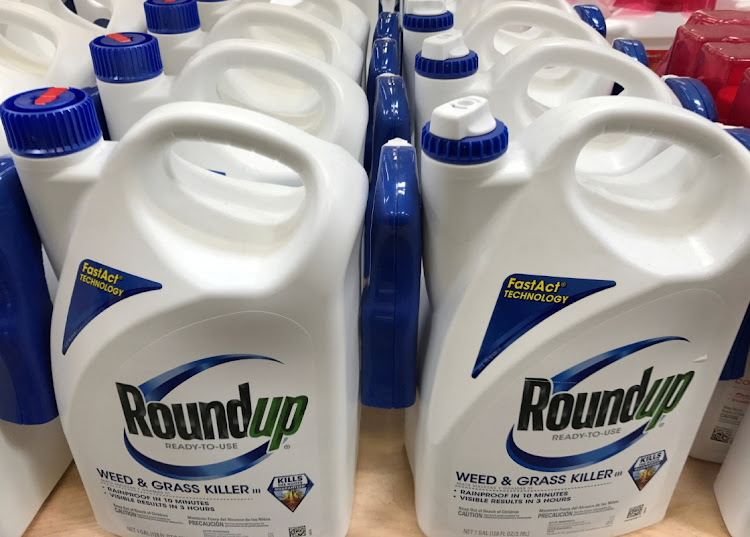 Bottles of Roundup for sale in Encinitas, California, the US. Picture: REUTERS/MIKE BLAKE

Frankfurt — Bayer said on Thursday it would book an additional provision of $4.5bn related to litigation that alleges its weedkiller Roundup can cause cancer.

Bayer made the announcement in an update to investors on how it plans to deal with Roundup-related lawsuits that have dogged the company since it acquired the brand as part of its $63bn purchase of Monsanto in 2018.

The decision comes after a US judge in May rejected Bayer's plan to try to limit the cost of future class action over claims that Roundup causes cancer.

Thousands of users have alleged Roundup caused their non-Hodgkin lymphoma, but Bayer has said decades of studies have shown Roundup, and key ingredient glyphosate, are safe for human use.

Bayer said it would file in August a petition with the US Supreme Court seeking a review of a lower-court ruling that went in favour of Roundup user Edwin Hardeman.

The German company said a ruling in its favour by the Supreme Court would effectively end Roundup litigation. But it set aside the new provision for its base case that the court declines to hear the matter or ends up favouring the plaintiff.

The sum comes on top of $11.6bn it was factoring in for future settlements and litigation.

“We believe that the US Supreme Court should give strong consideration to accepting our petition to review the Hardeman case and render a positive ruling,” CEO Werner Baumann said.

In addition, Bayer said that it was working on replacing glyphosate-based products with alternative ingredients starting in 2023 for its US residential customers.

It said glyphosate formulas would remain the same for US professional and agricultural markets.