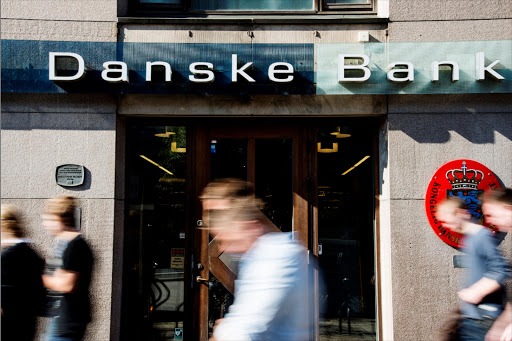 Three years after the world learnt of Danske Bank’s central role in one of Europe’s biggest money-laundering scandals, the cost of that stunning failure of governance is still palpable.

Denmark’s biggest bank, once among the Nordic region’s most reputable companies, has yet to fully resurrect itself from a dirty money affair that’s made it the target of ongoing criminal investigations in the US and Europe. Corporate and business clients have moved past the scandal. But when it comes to the bank’s retail customers, Danske’s CEO says it is still suffering from “reputational issues”.

“In the Danish retail business, we do continue to see customer outflows and falling market shares,” CEO Carsten Egeriis said in an interview. “That is clearly one of my, and our, top priority points, to turn that around.” The bank doesn’t publish a quarterly breakdown of customer flows.

The case offers a stark lesson in how bad governance can derail a firm’s progress as stakeholders increasingly view capitalism through a lens coloured by environmental, social and corporate governance considerations. Since admitting in September 2018 that it failed to adequately screen €200bn ($235bn) in non-resident cash that flowed through an Estonian unit, Danske’s been the worst-performing major bank stock in the Nordic region.

Egeriis, Danske’s third CEO since Thomas Borgen was fired for his role in the scandal, says the bank has “spent many years with a lot of bad cases.” Besides the money-laundering affair, it was caught overcharging low-income borrowers, drawing political condemnation. It also failed to properly advise retail investors that they faced losses, for which it was reported to the police and fined.

Borgen is still the target of shareholder lawsuits, though criminal charges against him were dropped in Denmark. In Estonia, where Danske’s suspicious transactions took place, the former CEO committed suicide in 2019. Egeriis has been group CEO since April, after his predecessor Chris Vogelzang became a suspect in a separate money-laundering probe at ABN Amro Group Vogelzang had been brought in to replace another Danske CEO who left under a cloud in 2019.

Richards says a further repercussion of the laundering scandal is that regulators are now “all over Danske’s operations, checking everything, challenging everything.” That means the bank has “been forced to pull back from overseas operations, but also retrench in certain trading activities et cetera, where the regulator may deem Danske is taking too much risk,” he said. “Each of those hit revenue prospects.”

With Denmark’s biggest bank tainted by a list of scandals, there now seems to be little political tolerance for the industry as a whole. That became clear after banks started passing negative interest rates on to retail depositors. The sector, which has absorbed sub-zero central bank rates since 2012, didn’t apply the policy to regular customers until 2019. Since then, banks have expanded the universe of depositors affected. That’s drawn criticism from Business Minister Simon Kollerup, who has slammed the industry for what he describes as its display of “greed.”

Egeriis, who used to be Danske’s risk chief before being propelled to the top of its C-suite, says he’s aware that there still remains “a lot of different things that need to be done” to restore the bank’s image. The plan is “just doing that step by step, and then I think the reputation will improve over time.”

CEO, the only sitting bank CEO who led a major firm through the financial crisis,  must stay at least five years to capture any profit
Companies
2 months ago