DHL partners with Dronamics with the aim of using unmanned planes which have a maximum range of 2,500km 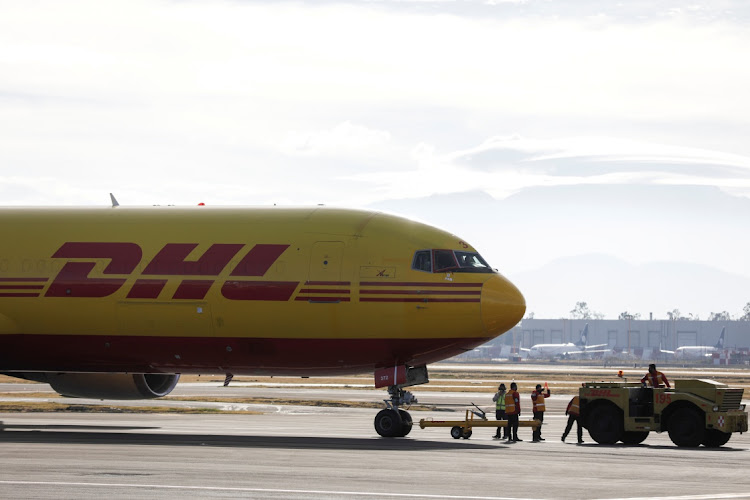 Global disruptions due to Covid-19, reduced air activity and major congestion at ports due in part to backed up container ships have upended logistics networks over the past year with companies looking for ways to ease the pressure.

DHL, which is part of the Deutsche Post DHL Group, said it was already using smaller drones to carry documents, parcels and pharmaceuticals over limited distances in Germany, Tanzania and China.

It said in an email it had partnered with UK- and Bulgaria-based operator and developer Dronamics with the aim of using the unmanned planes they have designed, which can carry 350kg of cargo and have a maximum range of 2,500km.

The first production-scale drone will be ready in October, Dronamics CEO Svilen Rangelov said, adding it expected to be the first deployed commercially that would go beyond 100km.

Last month, leading German freight forwarder Hellmann told Reuters it would start using the longer-range unmanned planes developed by Dronamics from next year to speed up deliveries of vital goods in Europe.

DHL said it was initially targeting Europe and Asia-Pacific and believed “now is the right time to explore this,” but declined to give a time-frame for its project.

“We believe that cargo drones will be a key element in the next generation of transportation in logistics,” it said.

Rangelov said Dronamics, which only flies airport to airport for now, had signed agreements with 39 airports in 13 countries in Europe and was in discussions with airports, regulators and potential customers in Australia and Canada.

German logistics company DB Schenker is working with separate developer Volocopter on a cargo drone that can transport 200kg up to 40km, it said earlier this month.
Reuters

Funding follows a Covid-fuelled surge in demand for start-up’s services on the continent and the US, and values it at $2.75bn
Companies
3 weeks ago

Code for Africa: How the pan-African network is empowering citizens

Code for Africa has made it its mission to provide citizens with access to actionable information to strengthen civic engagement for improved public ...
News & Insights
3 weeks ago

Apple, Google and Amazon all see the development of driverless cars as the key to dominating the industry
Life
3 weeks ago
Next Article