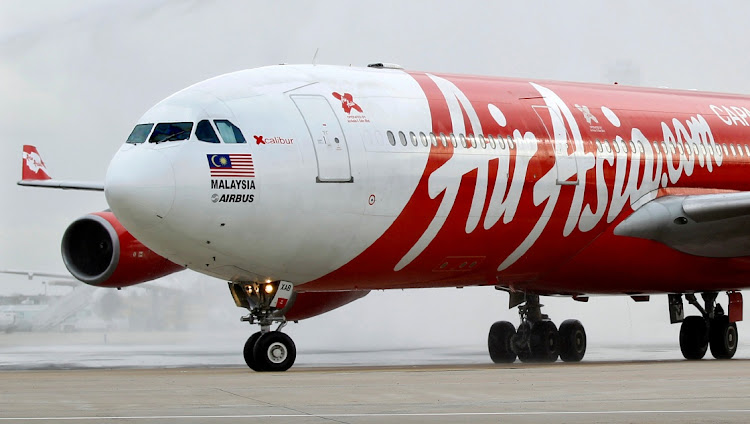 Endless encounters with swarms of bees.

This is the cacophonous scenario we might be rushing towards as investors pour heroic amounts of money into companies developing ever better drones and their bigger cousins, vertical take-off and landing passenger vehicles. Because, while the technology behind these machines has improved at impressive speed, the simple fact remains that, big or small, these aircraft make a lot of noise and not much has been done to curb it. If a drone has ruined your peaceful day at the beach, imagine your nerves with 10,000 flying taxis overhead.

A start-up called Whisper Aero, which is disclosing its plans for the first time, says it may be well on its way to solving this noise problem. The company was founded in mid-2020 by Mark Moore, a former Nasa engineer turned executive within Uber Technologies’s once bustling flying vehicle division. While declining to reveal what he has come up with in full detail out of intellectual property protection concerns, Moore is convinced that Whisper has hit on a new “thruster” design that will result in consumer drones right on up to large passenger vehicles blending into the background noise of a city as they fly.

“Half the people think drones are cool, and half of them are so annoyed,” Moore says. “They’re annoyed because there is this really aggravating noise source that should not be there. It sounds like a flying Cuisinart [a brand of kitchen appliances] and makes people really uncomfortable. If you want the public to buy into the idea of more and more of these things appearing, you can’t annoy them, and you can’t scare them.”

Few, if any, individuals would be better suited to try to crack such a long-standing issue in this field. Moore spent 30 years in Nasa’s research groups, working on cutting-edge designs for drones and electric aircraft. In 2010 he published a paper that focused on the possibilities of all-electric aircraft that could take off and land vertically, and his research helped kick-start interest in the so-called eVTOL machines now pursued by dozens of start-ups. In 2017 Moore joined Uber Elevate to try to help Uber create a giant fleet of flying vehicles that could soar over traffic.

As the pandemic set in, however, Uber abandoned its sci-fi plans in 2020 and sold off its Elevate technology to Joby Aviation, a start-up backed by Toyota and recently valued at $6.6bn that people regard as the most promising eVTOL contender. Rather than stay on at Joby, Moore opted to pursue ideas he’d been tinkering with for five years about ways to make quieter vehicles. He used some of his Uber money to buy a distressed resort in Crossville, Tennessee, and set it up as Whisper’s secluded headquarters and research & development compound. “The bank was foreclosing on it, and I got a steal of a deal,” Moore says. “It’s 16 acres [6.5ha] and has a lake with a beautiful beach and is right next door to a great little airport.”

According to Moore’s count, there are about 400 companies trying to make eVTOL aircraft. Many of these vehicles are being built by hobbyists and small teams, while a couple of dozen companies have received substantial funding to really go after the market. Most of the early versions of these vehicles look similar. They’re basically small planes that have electric motors running somewhere between four and 12 propellers. The big race at the moment is to make prototypes that work and have the vehicles certified as safe to fly by regulators.

Moore is convinced the noise produced by this first wave of eVTOL vehicles will limit their success. While they’re quieter than helicopters, the aircraft still produce that swarm-of-bee-like buzz. Part of the problem, as Moore sees it, is that companies declined to deal with the noise in their rush to get aircraft to market. “Everyone is taking the path of least resistance,” he says.

While reticent to describe Whisper’s technology, Moore said the company is creating a new type of thruster design. This includes a novel take on propellers, motors, control systems and how all of these components fit into a vehicle’s airframe. Whisper has been running experiments with its technology on drones as part of a contract with the Air Force. Engineers take their prototypes to the resort’s tennis and basketball courts and surround them with microphones to measure the noise signature. So far, the technology has been working with the devices’ hum blending into the surroundings. “Right now, the industry is in the propeller age,” Moore says. “We will take it into the electric jet age.”

Whisper will reveal more about its technology in the coming months, Moore says, as its patents work their way through the approval process. The company plans to start selling its first products by 2023 and expects them to be bought by drone makers. From there, it wants to sell the thrusters to eVTOL makers, which will be no easy feat. The companies will likely need to redesign their aircraft and possibly recertify them with regulators because of the addition of the new technology. Whisper says the technology eventually can carry over to other industries.

Seongkyu Lee, an associate professor of mechanical and aerospace engineering at University of California, Davis, is sceptical that there will be an instant breakthrough on the noise reduction front. Drones and eVTOL aircraft produce a type of higher frequency noise — known as broadband noise — that is particularly annoying to humans. “The next steps in noise reduction will be gradual,” Lee says. “I don’t think we can get a 10- or 20-decibel reduction in one shot. But, if we want to move these things into neighbourhoods, we will have to figure out how to make them quieter.”

So far, Whisper, which has 11 employees, has raised $7.5m from investors, including Robert Downey Jr’s FootPrint Coalition Ventures. “Creating unchecked noise pollution for the sake of electric aviation’s vital future is a problem,” Downey said in a statement. “The future needs to be as considerate as it is compelling.” Because, of course, Iron Man wants his air taxis to be quiet air taxis.

Other investors include Menlo Ventures, Lux Capital and Kindred Ventures. Shawn Carolan, a partner at Menlo Ventures, concedes that Whisper faces plenty of “hard engineering problems” ahead but believes that just about every drone and eVTOL company will flock to the company’s products if they work as billed. “Every once in a while, you see one of these things that I call technological inevitabilities,” he says. “This has the potential to change the world dramatically.”