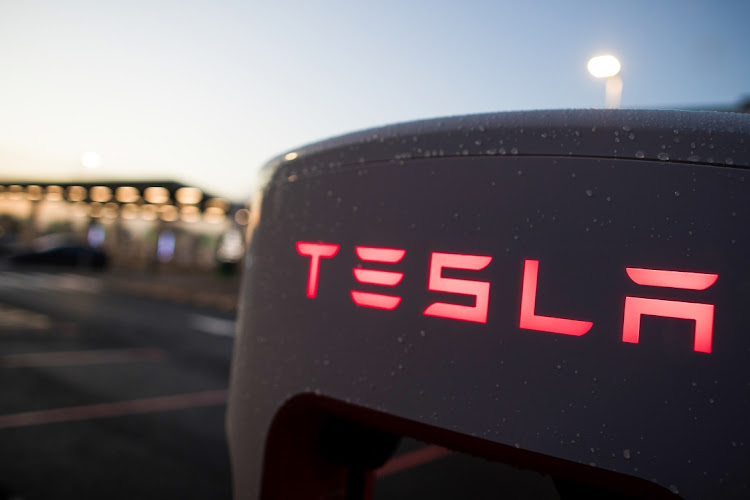 Shanghai — Tesla has debuted a significantly cheaper version of its locally built Model Y sports utility vehicle (SUV) in China as deliveries for June slipped amid concern that a string of negative publicity may have soured consumer sentiment towards the pioneering electric carmaker.

Wholesale shipments of China-made Teslas decreased 0.9% in June to 33,155 from 33,463 in May, data from China’s Passenger Car Association (PCA) showed on Thursday. May’s figure was a surge of almost 30% from April. The wholesale figures may not necessarily reflect the level of retail demand Tesla fields directly versus via traditional dealerships.

The so-called standard-range version of the Model Y crossover starts from 276,000 yuan after government subsidies and Tesla began taking orders on Thursday, according to its website. That’s about 20% less than the original longer-range Model Y, which can run for 594km on a single charge.

This latest version, which is available in Hong Kong but hasn’t been sold in China before, can run for 525km, and because it is priced under 300,000 yuan is eligible for a particular state new-energy vehicle subsidy. Its price is only 10% higher than Tesla’s most basic China-made Model 3 sedan and deliveries will start as soon as August.

“China has the world’s leading new-energy market and is the first market outside the US that Tesla owns a locally produced product,” Tesla said in a statement. The company will “continue its investment in China and carry on its corporate mission of accelerating the world’s transition to sustainable energy and helping to boost the realisation of a carbon-neutral target”.

Tesla, which counts China as its second most important market after the US, has a history of repeatedly lowering the price of its cars, particularly around the start of a new quarter, to boost sales. However, Thursday’s launch is especially telling considering it comes after months of bad press in the world’s biggest electric-car market.

In 2021 alone, Tesla has battled everything from an angry driver protest that went viral at the Shanghai Auto Show in April to online criticism about its perceived arrogance and lack of customer service. The California-based company has also weathered upsets that have seen its cars banned from some military complexes over concern that the vehicles’ inbuilt cameras may be collecting sensitive data. Tesla immediately moved to reassure the authorities, saying any data collected in China is stored locally.

The latest setback came in June when the Chinese government ordered that almost all the cars Tesla has sold in the nation — more than 285,000 — be fixed to address a safety issue. The State Administration for Market Regulation said vehicles’ autopilot systems could be activated automatically, potentially leading to crashes from sudden acceleration.

Tesla’s Model Y, a bigger, sportier car, is a make that CEO Elon Musk has said has the potential to outsell all other vehicles the company manufactures. In June, the PCA forecast increased interest in roomier cars, particularly in the seven-seater category, as government rules allow parents to have more children.

“Chinese consumers love SUVs and crossovers,” Tu Le, the MD of Beijing-based consultancy Sino Auto Insights, said after Tesla recorded a brisk jump in Model Y sales in May. “I think the Model Y is going to do really well towards the end of this year.”

By way of comparison, Nio’s ES6 SUV, which competes head-to-head with the Model Y, starts from 358,000 yuan. Tesla’s lower price for the standard range will put pressure not only on local competitors but also foreign manufacturers including Volkswagen, which has launched similar models in the same price range.

Of Tesla’s 33,155 deliveries in June, 5,017 of the cars were exported while 28,138 went into local sales channels. That export figure is down sharply from May when 11,527 vehicles were exported from Tesla’s Shanghai factory, mainly to markets in Europe.

Retail passenger vehicle deliveries overall in China declined 5.3% year-on-year in June. For the month, they were down 3.5%. New-energy vehicle retail sales, which includes plug-in hybrids, increased 170% year-on-year to 223,000 units in June, the PCA data show.

For the first half, new-energy vehicle (NEV) wholesale deliveries totalled 1.09-million vehicles while retail sales were around one  million.

“It was beyond our imagination that half-year NEV sales would top 1-million units,” PCA secretary-general Cui Dongshu said during a briefing on Thursday. “The 2.4-million-unit forecast for 2021 NEV sales that we made in May seems conservative now.”

Cui added that Tesla’s launch of an SUV for less than 300,000 yuan was “of great significance to the development of new-energy vehicles” considering a core part of the cars’ acceptance is lower prices.

Croatian company sees fully electric Bugattis in the medium term, but there's scope for the combustion engine to stick around ‘for some time’ in ...
Life
1 year ago