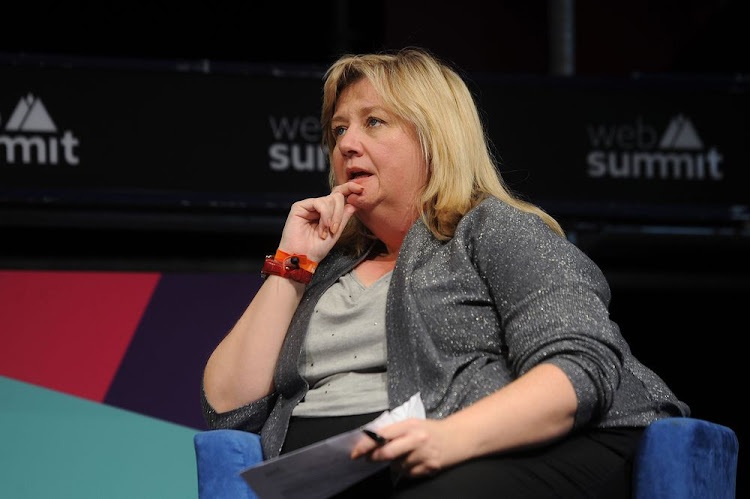 Hannaford’s appointment is effective January 1, when COO James Walker will step down and relocate to the US as deputy CEO of the bank’s entity there, according to a press release. Hannaford, who joins from Goldman Sachs Group, will be based in Zurich and lead the bank’s digital and IT strategy, reporting to CEO Thomas Gottstein.

“Technology is and will increasingly be a key success factor in financial services and with her skills, Joanne is well positioned to lead our strategic efforts going forward,” Horta-Osorio said in the statement.

Hannaford is the fourth executive board change the bank has made in as many months, with the Swiss lender’s leadership undergoing a transformation after the dual blow-ups of Archegos Capital Management and Greensill Capital caused billions of dollars in losses. Chief risk and compliance officer Lara Warner and the head of the investment bank Brian Chin were swiftly removed in the aftermath, while head of asset management Eric Varvel stepped down from the executive board but remains at the bank.

The bank’s board of directors also saw the head of the risk committee, Andreas Gottschling, exit the day before the annual general meeting where he was due to face a difficult re-election vote after top shareholders called for his departure. Investor Harris Associates has also previously called for the clear-out of “the people who are responsible for accepting a culture that doesn’t balance risk and return”.

Horta-Osorio, just two months on the job, has vowed to examine risk, strategy and the bank’s culture in charting a way through one of the most difficult periods at the lender since the financial crisis. He still needs to fill the interim chief risk and chief compliance officer roles, which were combined under Warner, though the bank has yet to decide whether they will remain that way. Joachim Oechslin is interim chief risk officer and sits on the executive board while Thomas Grotzer is interim head of compliance but does not sit on the board.

Last week Credit Suisse said it’s making a further $750m payment to investors in its supply-chain finance funds that invested in Greensill products, though warned there’s still uncertainty over how much will ultimately be recovered. The lender has offered some staff in wealth management and the investment bank retention bonuses as a way to curb a stream of departures — more than 50 from the investment bank alone — in recent months.

The bank is also considering an overhaul of its wealth management businesses that would consolidate regional units led by Helman Sitohang in Asia, Andre Helfenstein in Switzerland, and Philipp Wehle who is responsible for Europe, Middle East, Africa and Latin America, people familiar with the matter said earlier. All three sit on the executive board.

Hannaford held a number of senior roles across Goldman Sachs’ engineering department in London and New York and was named a partner in 2014, according to the statement. She serves as an adviser to the UK government, chairs the Bank of England CIO forum, and received the Women in Banking and Finance Award for Achievement in 2020.

“Joanne is a recognised technology professional and her joining the leadership team highlights our commitment to technology as a key factor of success,” Gottstein said in the statement. “I am very much looking forward to the new perspectives Joanne will bring to the executive board.”

Antonio Horta-Osorio can shrink the balance sheet, sell parts of the business or merge with UBS Group
Companies
6 months ago
Next Article