Dust from Broken Hill mine at Kabwe blew into township where it was inhaled and contaminated food, cooking utensils 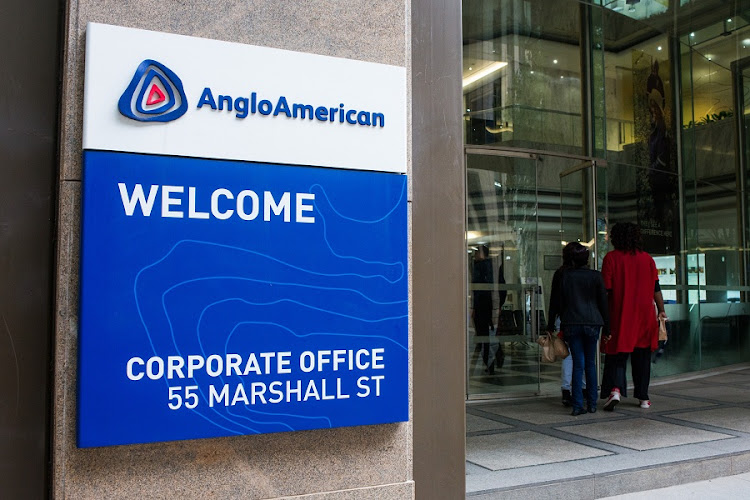 Johannesburg— A doctor said Anglo American was aware of the danger lead poisoning posed to employees and commissioned a study into its impact in a community close to a Zambian mine where he worked.

The claim bolsters a lawsuit in which a group of Zambian women and children allege Anglo caused widespread lead poisoning from the Broken Hill mine it had a stake in until 1974 in the northern city of Kabwe. They are demanding compensation and a clean-up of the area.

Anglo said while it had an interest in the mine it wasn’t the owner or operator, without giving more precise detail. “Conflating Zambia Broken Hill Development Company with Anglo American is simply incorrect,” it said.

“The mine management were certainly aware of the risk of lead poisoning to its employees, the blood levels of all staff were checked regularly,” Ian Lawrence, who worked as a medical officer at the mine in 1969 and 1970, said in a supplementary affidavit that’s been added to the case. “I became deeply concerned at the number of deaths amongst children under the age of five in the residential township where local employees lived.”

Lawrence’s affidavit was submitted in April, six months after the case was brought to SA’s high court. He said the delay was because it was not feasible to visit a notary public in the midst of the coronavirus pandemic.

“The invariably high levels convinced me that the problem was very serious,” he said. Lawrence said contaminated dust from the mine blew into the township where, in addition to being breathed in, it settled on gravel where children played, and contaminated foodstuffs and cooking utensils. Lawrence, who now lives in England, said he didn’t understand why an investigation hadn’t been carried out and oversaw the taking of about 500 blood samples to test for lead contamination.

Within the month of him submitting his findings to management, a Professor Lane and Dr King from Manchester University arrived to investigate the problem, he said. He never saw their report.

“We believe it is widely accepted that any responsibility in relation to the Kabwe mine site belongs elsewhere — being with the actual owners and operators of the site and those who operated the site post nationalisation 50 years ago,” Anglo said in a response to queries.

Law firms Leigh Day and Mbuyisa Moleele, who are representing the plaintiffs, said in a statement that Anglo claims not to have any documents “of relevance pertaining to the operation of the Kabwe Mine,” including the Lane/King report. The firms said evidence they have from the Zambian state mining archives shows the documents would have been copied to Anglo’s then head offices in Johannesburg.

Anglo said the documents were handed over to the state mining company when it was nationalised.

A hearing to consider Anglo’s request for an extension so that it can file its response is being heard in the Gauteng division of the high court on Monday and Tuesday. Anglo said it has been denied access to crucial documents.

The case was filed by 13 plaintiffs on behalf of an estimated 100,000 people.

The group lawsuit is the latest over Anglo American’s decades of mining in Southern Africa. In 2018, it and five other companies paid about $390m to settle a class action by former gold miners suffering from silicosis, a respiratory disease.

Anglo held an interest in the Kabwe mine, at one stage the world’s biggest lead operation, from 1925 to 1974, when it was nationalised by the government. While the operation about 100km north of the Zambian capital, Lusaka, was eventually shut in 1994, output during Anglo’s ownership accounted for about two-thirds of the lead that now contaminates the area, the law firms said.

Anglo said the state company’s own records show that the worst period of lead pollution was likely after 1989.

Lead poisoning can cause health problems ranging from learning difficulties to infertility, brain damage and, in some cases, death. In a 2019 report, Human Rights Watch said that a third of the population of Kabwe, or more than 76,000 people, live in lead-contaminated areas.

The lawsuit was filed in SA because at the time of the mine’s operation Anglo was headquartered in Johannesburg. The company is now based in London.