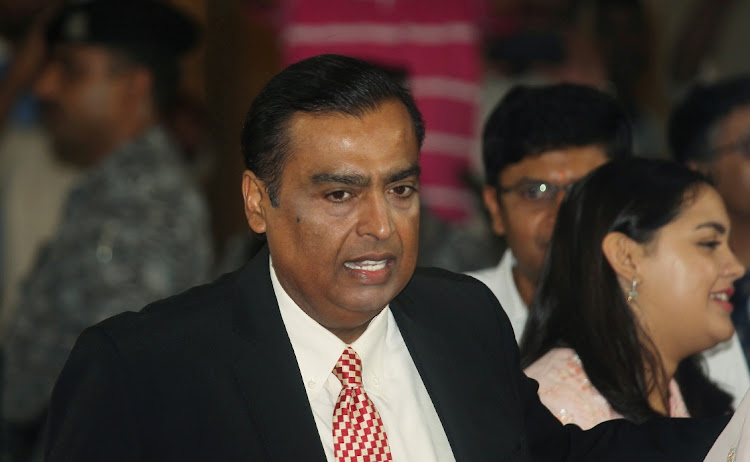 Chennai — Reliance Industries, India’s most valuable company, will invest $10bn in clean energy over three years in a drive to become a net carbon zero company by 2035.

Reliance’s plan mirrors strategies of global oil majors such as Royal Dutch Shell and BP that have set a goal to become net zero carbon by 2050 amid pressure from investors and climate activists.

“The world is entering a new energy era, which is going to be highly disruptive. The age of fossil fuels, which powered economic growth globally for nearly three centuries, cannot continue much longer,” chairman Mukesh Ambani, Asia’s richest man, said at a shareholder meeting on Thursday.

A group of 30 asset managers with more than $9-trillion under management in 2020 launched the Net Zero Asset Managers Initiative to help clients ensure their portfolios are carbon neutral by 2050.

“With this capex plan spread over three years Reliance will reap benefit from its green energy push over the next many more years. Currently investor appetite is good for businesses that are much more carbon conscious,” said Mayuresh Joshi, head of equity research at research firm William O'Neil.

“Reliance will definitely have first mover advantage and have scale both locally and globally,” Joshi said.

It will also invest 150-billion rupees in value chain and other partnerships relating to its new renewable energy business, he said, adding a transformation of legacy business into sustainable and net zero carbon business would provide growing returns over several decades.

Reliance will also build solar capacity of at least 100GW by 2030, accounting for more than a fifth of India’s target of installing 450GW by the end of this decade.

“A significant part of this will come from rooftop solar and decentralised solar installations in villages,” Ambani said, adding his group would also tap green funds and banks to meet its goal.

“We will achieve our goals by enabling a platform to source long-term global capital for these investments at the most attractive terms,” he said.

Reliance’s entry into the renewable energy business in India will put it in competition with companies such as Adani Green Energy and Goldman Sachs-backed ReNew Power.

India currently imports over four-fifths of its solar cell and module requirements from China. Reliance will construct an integrated solar photovoltaic factory to produce ingots and wafers, which would be used to make low-cost solar cells and modules, Ambani said.

The company plans to use green hydrogen and carbon dioxide as raw materials to produce green chemicals, green fertilisers and e-fuels, he said.

Separately, Ambani said he hoped to formalise partnerships with Saudi Aramco in 2021 for a 20% stake sale in its oil-to-chemical business, and announced the induction of Aramco chair Yasir Al-Rumayyan as an independent director on Reliance’s board, signalling the strength of the ties between the two companies.

“His joining our Board is also the beginning of internationalisation of Reliance. You will hear more about our international plans in the times to come,” he said.