The tech giant is said to plan a refreshed model this year by adding a faster processor, improved wireless connectivity and an updated screen 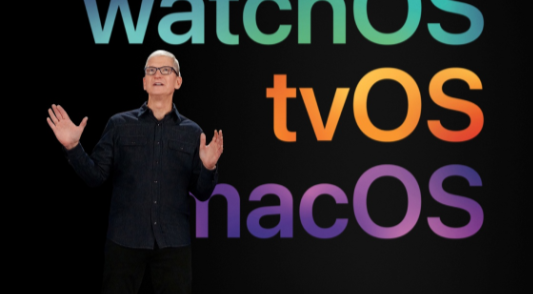 The Cupertino, California-based tech giant is planning to refresh the line this year — with a model likely dubbed the Apple Watch Series 7 — by adding a faster processor, improved wireless connectivity and an updated screen, according to people with knowledge of the plans. Next year the company plans to update the main Apple Watch alongside a successor for the lower-end Apple Watch SE and a new version targeting extreme sports athletes.

Apple had previously aimed to put a body temperature sensor in this year’s model, but that is now more likely to be included in the 2022 update. The blood-sugar sensor, which would help diabetics monitor their glucose levels, is unlikely to be ready for commercial launch for several more years.

For this year’s model, Apple has tested thinner display borders and a new lamination technique that brings the display closer to the front cover. The new watch is likely to be slightly thicker overall, but not in a way that’s noticeable to the user.

The model will include updated ultra-wideband functionality, the same underlying technology in the Apple AirTag item finder. At its developer conference in early June, Apple previewed the upcoming watchOS 8 software update that will let the device unlock door and hotel rooms.

The extreme sports model, described by some inside Apple as either an “explorer” or “adventure” edition, was in development for release as early as this year, but it is now more likely to launch in 2022. That new model would help Apple compete with rugged offerings from players like Garmin Ltd. and Casio Computer Co.

An Apple spokesperson declined to comment. The company’s plans remain fluid and could change, the people said.

Measuring body temperature became an essential part of Covid-19 detection, prompting a surge in demand for gadgets such as the Withings Thermo. Some companies offer small digital thermometers that plug into a smartphone’s charging port. Adding the functionality into its watch would help Apple match other smartwatches and fitness bands, including products from Alphabet Inc.-owned Fitbit.

Blood sugar monitoring has been long in the works at Apple and would be a feature thus far unrivalled by competitors. Apple and others currently rely on apps that let users input their glucose levels manually, while medical device companies like Dexcom Inc. offer blood sugar monitors that share data with the Apple Watch. Users typically need to prick their finger to draw blood for an accurate glucose test, but Apple is aiming for a non-invasive solution that can analyse blood through the skin.

Since going on sale in 2015, the Apple Watch has grown into a key part of Apple’s product portfolio. Along with the iPhone and iPad, it fills out the company’s hardware ecosystem and helped Apple’s broader wearables, home and accessories category generate more than $30bn last fiscal year.

Amazon, Facebook and Google have had their time over the barrel during the Trump era ‘techlash’ — now it is Apple’s turn
Life
11 months ago

Luckily for humans, text-generating artificial intelligence writing machines do not appear to have the capacity to take over yet
Life
1 year ago

The company's inventive devices couldn't keep up with the industry's giants. It will now focus on growth areas such as AI and robotics
News & Fox
1 year ago
Next Article