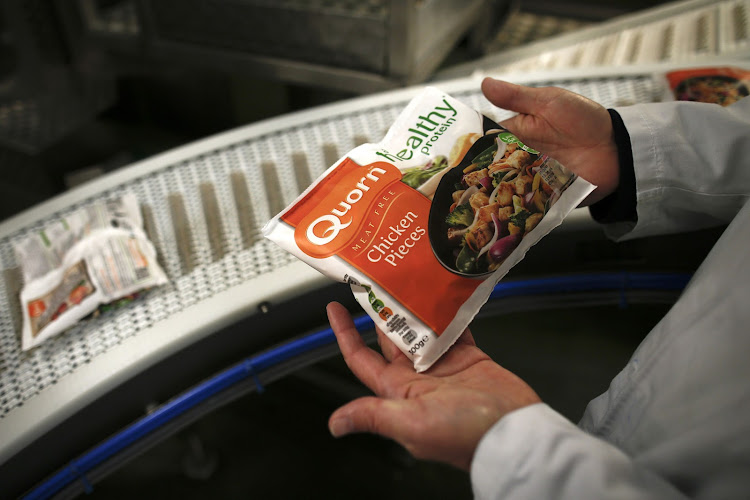 Manila/Hong Kong — Monde Nissin will use some of its $1bn initial public offering (IPO) proceeds to expand its Quorn Foods fake meat business in the US, the world’s biggest market by far for plant-based alternative food.

The Philippines-based company, which also sells staple foods and is the owner of Lucky Me! instant noodles, will use Quorn’s substitute chicken product to take on heavyweights Beyond Meat and Impossible Foods in a sector dominated by faux beef, executives said.

“Our ambition is to become the king of alternative chicken globally,” Quorn CEO Marco Bertacca said before Monde’s IPO, the largest for a Southeast Asian food company. Monde debuted in the Philippines on Tuesday and closed at 13.48 pesos, down from its 13.50 peso IPO price.

Monde plans to increase Quorn’s production capacity and ship to more fast-food chains in the US, spending nearly 16-billion pesos ($335m) to expand its presence in the country. It is also building two fermenters and packaging facilities in the UK, where Quorn is based and has a 28% market share. Barclays estimates the global alternative-meat market will grow tenfold to more than $140bn by 2029, or 10% of the meat industry as a whole.

“The alternative meat category is going to explode, and we want to get our capacity ready as soon as possible,” Monde CEO Henry Soesanto said. “We need big money for that.”

There is some ground to catch up on. Since its $780m acquisition by Monde in 2015, Quorn has suffered construction delays and chiller failures at its facilities, which depleted inventory and forced it to cut back on orders. The compound annual growth rate of Monde’s alternative-meat sales ticked along at only 5% from 2017-2020 despite the boom in the market. Beyond Meat’s sales had compound annual growth of more than 130% in that period.

In two years Monde could bring its plant-based business to Asia, with an eye on the Chinese market as the government aims to reduce meat consumption. Quorn distributes limited amounts in Singapore and the Philippines.

“Europe and the US are at the forefront of alternative protein. Asia is coming up a bit late, but it is catching up in the next two to three years,” Soesanto said.

Rather than faux ground beef, Quorn will focus on chicken — the most-consumed protein in the US — and try to get fast-food chains to include it on their menus. A planned month-long promotion with Kentucky Fried Chicken in the UK saw Quorn chicken burgers flying off the shelves, Bertacca said. The “impostor burger,” featuring a Quorn “chicken” fillet made with KFC batter and topped with vegan mayo and lettuce, sold out in four days, he said.

In the Philippines, Monde’s portfolio of food staples including bread, noodles and sauces should continue to drive business after profit last year surged 26% to 7.34 billion pesos, Soesanto said. Monde will pay out 60% of net income as dividends, potentially rising to 90% after capital expenditure in the long-term.

The snack maker plans to increase its Lucky Me! noodle sales by making them healthier and offering more flavours, while also cutting palm-oil content by as much as 70%, Soesanto said. Instant noodles accounted for half of Monde’s 68-billion pesos in sales in 2020. The average Filipino consumes 36 packs of noodles a year, well below places like Indonesia, Vietnam and South Korea, where the number is over 60, he said.

Chief strategy officer David Nicol said Monde is on the lookout for ventures where it can provide food technology and partners can oversee local supply chains.

“Given its dominant position in the Philippines, Quorn will be its major growth source ,” said Gerard Abad, chief investment officer at AB Capital & Investment in Manila. The IPO should put Monde in a good position to capture a substantial share of the expanding meatless market, he said.

Los Angeles-based Beyond Meat surged more than 800% in the three months after its sizzling May 2019 listing in New York, and it remains almost 500% higher than its IPO price. Impossible Foods is preparing a public listing, Reuters reported in April.

Monde’s goal is for Quorn to at least match the pace of growth in the global alternative-meat industry, even as new players like Nestle and Unilever join the fray.

“If we get even 5% of that huge market, we will be very happy,” Soesanto said of the US. “We don’t want to be left by the bus.”