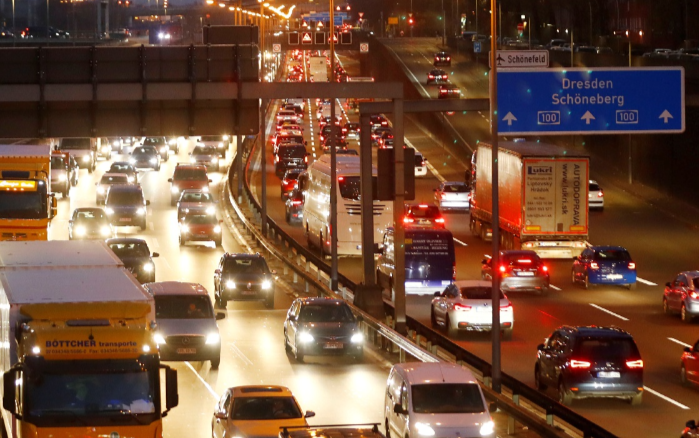 Cars queue during a traffic jam on the city highway A100 at rush hour in Berlin, Germany. File photo: REUTERS/FABRIZIO BENSCH

The idea is simple: a transport service that’s so good, you’ll never need a car again.

It’s what Finnish start-up MaaS Global has been working towards since 2015. The company has developed a mobile app, Whim, that’s already being used in several European cities and in Tokyo. In the capital of Finland, 12% of users already say it’s prompted them to give up their cars, with as many again saying they plan to.

MaaS Global, whose investors include BP, Mitsubishi and Toyota Financial Services, says its app can fix urban congestion and reduce pollution. That’s as research shows that living in an environment with cleaner air contributes measurably to happiness and wellbeing. Finland, where the service pioneered, happens to have the best air quality in the world. Coincidentally, it’s also the world’s happiest country.

CEO Sampo Hietanen says creating a world in which it’s more convenient not to have your own car is an obvious way to cut carbon emissions in the transport sector. In the US alone, transport accounts for almost 30% of total greenhouse gas emissions, more than any other industry.

“Realistically, if we want to tackle transport’s CO2 emissions, we have to come up with a way to preserve our freedom of movement in the same way that owning a car does,” Hietanen said in an interview.

Whim, which just merged with Wondo, a Spanish rival founded by infrastructure company Ferrovial, offers users the option of planning and paying for a trip via a single app. It provides access to a range of services such as electric scooters, city bikes, public transport and even fixed-price taxis over short distances. The services vary from city to city, with as many as 300,000 people using Whim around the world.

Both Whim and Wondo work as route planners, suggesting the best way to get from A to B, and offer the option of buying tickets or booking vehicles within their apps. On top of pay-as-you-go plans, Whim has monthly subscriptions — much like Netflix for entertainment.

“We’ve learnt that the pricing model needs to be pay-as-you-go initially, because people first want to try this out before they commit to subscriptions,” said Hietanen, who is also the company’s founder.

But recent studies in the UK and the Netherlands suggest people are very attached to their cars, and that such services tend to appeal mostly to commuters who already use public transport.

“The value of MaaS is not in beating the convenience of the private car, which is rather unrealistic, but in creating a multimodal travel option that offers the opportunity to people to be part of an initiative designed to create more liveable, socially inclusive and sustainable futures,” Elena Alyavina, Alexandros Nikitas and Eric Tchouamou Njoya at the University of Huddersfield in the UK wrote in a research report.

For Hietanen, it’s clear the industry is still in its infancy, and the real promise of mobility-as-a-service will become apparent when it’s combined with shared self-driving (hopefully electric) vehicles that can spread the potential market beyond urban centres to rural areas.

What’s more, the service will only be as good as the underlying transport network, and the cities where such apps are offered tend to already have extensive public train and bus lines in place.

Whim is currently available in Helsinki, Vienna, Antwerp, in the Birmingham region in the UK and in the greater Tokyo area. On June 1, it launches in Switzerland, the first time a MaaS service will span an entire country.

Wondo operates in Madrid with plans to expand in Spain and Portugal, Hietanen said. MaaS Global is hoping to use Ferrovial’s existing network to eventually take its service to the US and South America, after its plans to open in Miami, Vancouver and Chicago in 2020 were scuppered.

“Creating the service model is the key to a gigantic business opportunity,” Hietanen said. “But it’s also the key to resolving cities’ traffic problems and its environmental impact.”

Europe already has 11,000 TV channels, and creating a Netflix competitor of similar scale would take years
Opinion
3 months ago
Next Article