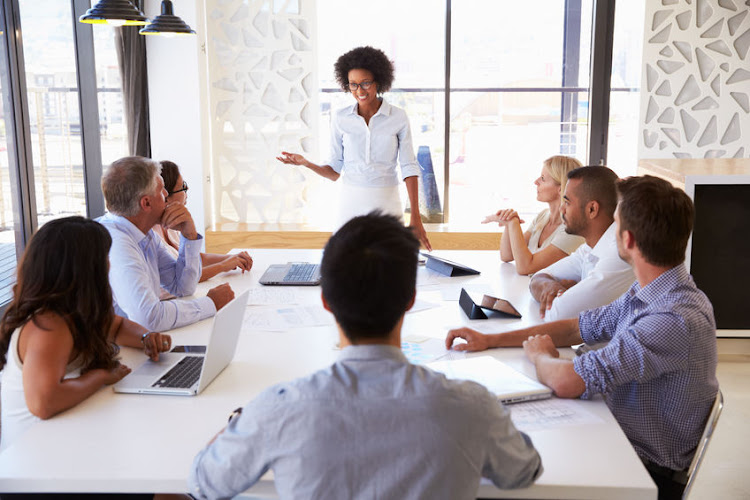 Detroit/New York — 2021 is shaping up to set records for diversity proposals at US company annual meetings. Nine out of 10 investors backed a call in April for IBM to produce an annual diversity report. Five other companies, including renewable energy firm First Solar and chemical giant DuPont de Nemours, saw more than 80% of shareholders backing diversity proposals.

A year after the death of George Floyd galvanised protests against racial injustice, the same cultural pressures that prompted hundreds of the largest companies to pledge changes in their business operations to support racial equity are now fueling  an unprecedented number of boardroom proposals designed to ensure they keep their word.

“We’re seeing a shift in investor sentiment” said Kristin Hull, founder of Nia Impact Capital, an investment fund that initially filed the IBM proposal. The decision at IBM was a result of many different conversations, she said. Having that agreement in hand with a larger company such as IBM, which is seen as progressive, makes it easier to convince other companies to take initiatives more seriously, Hull said.

Shareholders submitted a record 37 diversity-related proposals, and got an average 43% of support as of Friday, according to Bloomberg Intelligence. Two separate proposals at Union Pacific each garnered more than 80% of shareholder support, while one at American Express got 60%. The ratio may shift even more during the remainder of the proxy season, when public companies face additional shareholder votes in the coming months.

Corporate efforts on diversity had, until last June, mostly been focused on gender. Now the pressure has ratcheted up on companies to racially diversify their workforces — from the C-suite to rank and file workers. Asset management giants BlackRock and Vanguard Group said last year that they would vote against corporate directors who fail to act. Leading proxy-advisory firm, Institutional Shareholder Services (ISS), said it will recommend voting against directors of all Russell 3000 or S&P 1500 companies whose boards aren’t diverse enough in 2022.

ISS has already recommended a vote against key directors at boards without female directors — one of many initiatives that helped improve the number of women on boards, said Marc Goldstein, head of US research at ISS Governance. He said ISS estimates there are about 894 boards on the Russell 3000 and 28 among the S&P 500 that still lack a diverse member.

Yet while most of the diversity proposals are still failing to get a majority vote, when support hits 30%, corporate boards will often start to engage with investors to avoid a voting defeat.

Just two years ago, some companies didn’t understand they were being asked about their corporate diversity and why it was important, said Meredith Benton, founder of Whistle Stop Capital in San Francisco. Benton, a sustainable-investment adviser who has been involved in shareholder engagement for two decades and has co-ordinated several of this year’s diversity proposals, said many companies are scrambling to catch up.

“These conversations came fast and furious, more than any other environmental, social and governance (ESG) issue,” she said, citing Ulta Beauty and Capital One Financial as being more forthcoming than others. “Many companies are willing to engage, and they also understand that this is an issue that needs to be discussed at the board level.“

An early sign of shifting sentiment came last year. A diversity report proposal at network security company Fortinet received  70% approval on June 19, auspicious because it’s the holiday known as Juneteenth, which marks the anniversary of a Union general’s order in 1865 that freed slaves in Texas.

IBM publicly reported diversity data in the first half of 2020 and in October told employees that from now on it will report the information annually, the company said in a statement. This year’s report was released in April, shortly before the annual meeting, and thus there was no reason to oppose the Nia Impact proposal, IBM said. The company will release more details in 2022 after it completes the spin-off of a unit, IBM said in the statement.

Another major shift has been the number of companies willing to publicly share detailed workforce data by race and gender that they report annually to the US Equal Employment Opportunity Commission. This information, known as EEO-1, is private unless it’s voluntarily disclosed. In a Bloomberg survey of S&P 100 companies in June 2020, only 25 agreed to disclose their EEO-1.

By October, that number had increased to 68 companies that already had or are willing to disclose either this year or shortly thereafter. At the shareholder meetings this year, three companies got proposals to disclose their EEO-1 data. The resolutions received a majority of votes at two companies.

Racial audits emerged as a new shareholder proposal. They are an independent analysis into a company’s business model to see if, and how, it causes or perpetuates racial discrimination. While they didn’t pass the vote, those filed at companies including Johnson & Johnson and JPMorgan Chase got more than a third of votes. That’s high enough that companies are likely to face increased pressure to agree to future reviews. A racial audit proposal filed with BlackRock was withdrawn after it agreed to perform one.

Most companies are still resisting diversity proposals. Among the reasons is that some data casts them in an unfavourable light, according to Natasha Lamb, managing partner at Arjuna Capital, which is seeking detailed pay data on median pay gaps for women and people of colour from large US companies. So far, only Citigroup, Starbucks and five other companies have agreed to such proposals in the US, she said. The same disclosure is mandated in the UK

“I think some topics are harder than others, frankly,’’ Lamb said, adding that a report or audit that is more general can be easier to release than specific information about pay and race that shows broad disparity.

This month, Nike asked regulators to block a shareholder proposal asking the sportswear manufacturer to publish annual reports on its diversity measures. The filer, As You Sow, a non-profit shareholder advocacy group, said Nike has faced allegations of harassment and discrimination based on gender and race, and doesn’t provide sufficient data on how effective its diversity programmes are. It also doesn’t publicly release its EEO-1 data.

Nike said it publishes “extensive materials’’ about its diversity efforts on its website, that diversity was one of three focus areas for its corporate targets last year, and that it aims to have racial and ethnic minorities make up 35% of its US corporate workforce by 2025.

As more of the diversity information sought in proxy votes becomes public, the next challenge will be to process all the data so that it is comparable across companies, industries and geographies, said Paul Washington, head of ESG at the Conference Board, a research group in New York. “And that’s going to take a while to digest.’’

Scientists are receiving rewards and history is being rewritten, so isn’t it time the asset management sector becomes more diverse?
Opinion
1 year ago

Who does the worker on the board work for: the company or the union?

Given the worker-controlled nature of bodies, director duties could become irreconcilable
Opinion
1 year ago

Women comprise about 14% of the 25,000 portfolio managers globally, unchanged from 2000
World
1 year ago