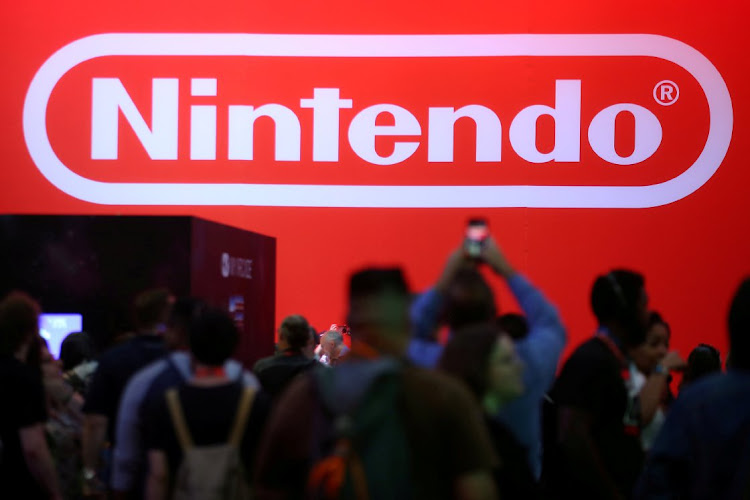 Seoul/London/Tokyo — Family offices come in all shapes and sizes and typically do not disclose what they are up to.

Then there is the one that manages the wealth of the family behind Nintendo.

A loud, upbeat ditty plays as people enter its website, which is themed like a 1980s arcade game. Blocky retro-graphics flash in different colours as the screen scrolls diagonally. All sorts of big-pixeled characters and objects pass by. The text rolls like game or movie credits, declaring what the family office stands for. Twitter users called it cool, amazing, the best site ever.

“I wanted to create something mind-blowing,” Banjo Yamauchi, family representative of the Yamauchi No 10 Family Office and descendant of Nintendo founder Fusajiro Yamauchi, said in the investment firm’s first-ever media interview. “It represents our nature of doing something that’s not been done before.”

Family offices, the lightly regulated entities that manage money for the wealthy, have proliferated in recent years. There are at least 10,000 globally overseeing a single fortune, with most of them starting this century, according to EY. But while Japan is home to plenty of billionaires, most of the growth in family offices in Asia has come elsewhere, in places such as Hong Kong and Singapore.

Banjo Yamauchi started the investment firm last year to manage assets previously owned by former Nintendo president Hiroshi Yamauchi, who died in 2013. The late Hiroshi adopted his grandson as his own son and left him, among others, an “enormous inheritance” that he received at age 21, Banjo said.

“As strange as it may sound, on paper I’m my biological father’s brother,” Banjo said. “Since that time, I’ve tried to understand why I found myself in these circumstances.”

Hiroshi Yamauchi, the third president of Nintendo, took over the playing-cards business that his great-grandfather Fusajiro established in 1889 and turned it into a global video-game giant. Hiroshi led Nintendo for more than five decades until he stepped down in 2002. The maker of the Switch console and creator of franchises including Mario and Pokemon now has a market value of more than $80bn.

Banjo says he remembers Hiroshi as harsh but also kind. His grandfather took him to Toys “R” Us every New Year to buy him presents. Banjo never had the guts to ask him to buy Sony or Sega games, he recalled.

Banjo, now 28, grew up in Kyoto where Nintendo is based before going to university in Tokyo and working at advertising firm Hakuhodo. He said the idea to start a family office came as he was contemplating what to do with his inheritance and reflecting on his grandfather’s way of doing things differently from others.

“I had to succeed not only his fortune but also his philosophy,” Banjo said.

Banjo set up the family office in June to manage the assets that he and some other family members inherited. Hiroshi Yamauchi held about 10% of Nintendo’s stock before his death, according to data compiled by Bloomberg. Banjo and his father each inherited about 3% of the company, while two aunts each received about 2%, according to a filing in 2013.

The Yamauchi No 10 Family Office manages more than ¥100bn ($919m), Bloomberg reported in January, citing people with knowledge of the matter. Banjo declined to comment.

The family office is not focused on doubling or tripling its assets, according to Banjo. The goal is to be involved in projects that give back to society, propose new choices that help make changes in Japan and allow people to challenge themselves, he said, declining to give details of specific investments. It also intends to be involved in philanthropy.

“We feel that Japan is lacking the spirit of taking the challenge or risk to create something,” Banjo said. “That’s the point we’d like to change.”

The firm was able to make high-profile hires by explaining its objectives and that it was a place where people could take on new challenges, Banjo said.

Banjo said the family still holds shares in Nintendo, but declined to disclose the size of the positions. He says his firm will adopt the Nintendo way of making something exciting and surprising in its projects.

But on some details, he prefers to remain vague. Asked about the No 10 in the family office name, he declined to explain.

Nintendo is on the rise, and its not due to the pandemic

Publishers will press ahead with a hike they see as long overdue, but gamers are not impressed
Companies
1 year ago

Is Nintendo near the high-water mark, or is the sky the limit?