Amazon is in talks to buy MGM, the storied Hollywood company behind the James Bond series, for about $9bn, according to Variety 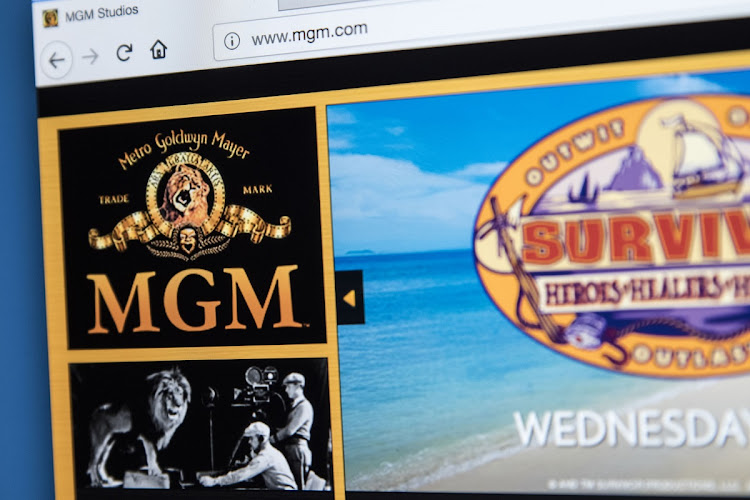 Amazon.com’s potential acquisition of Metro-Goldwyn-Mayer would take one of the last major, independent movie studios off the market, capping a rush of streaming deals that are set to make 2021 a record year for media takeovers.

Amazon is in talks to buy MGM, the storied Hollywood company behind the James Bond series, the Information and Variety said in separate reports late Monday. Amazon is weeks into negotiations to buy the studio for about $9bn, according to Variety.

Reports about the discussions came on the day that AT&T announced its plan to create a new entertainment company by merging assets with Discovery in an entity that will be valued at about $130bn including debt. The success of streaming giant Netflix and Walt Disney, which launched its own video-on-demand service after buying $71bn in assets from 21st Century Fox in 2018, is drawing new competitors into the market.

MGM and Amazon declined to comment on reports about deal talks.

The acquisitions are setting 2021 up to be a record for media deals, according to data collected by Bloomberg. More than $80bn in takeovers have been announced so far in 2020, putting it on track to be the busiest period for the industry since at least 2000, when AOL and Time Warner announced plans to combine, the data show.

MGM has been seen as a takeover target for years, but was never able to close a sale. The company made a fresh push last year, when the Wall Street Journal reported it hired advisers to solicit offers. In seeking a deal, MGM aims to capitalise on the proliferation of streaming services, which has increased demand for large backlogs of content.

It’s also discussed other scenarios with tech giants. MGM, whose library includes the “Rocky” films and “Silence of the Lambs,” held talks with Apple and Netflix about taking its new James Bond film directly to streaming. But the company said last year that it’s committed to a theatrical release for the film, which is currently slated for October 8 in the US.

Amazon’s bid for MGM is being handled by video executive Mike Hopkins, according to Variety. He’s dealing directly with MGM Chairman Kevin Ulrich, the publication said.

MGM traces its roots back to the 1920s merger of Marcus Loew’s Metro films with a film company run by Hollywood legend Louis B Mayer. While making great pictures like “Dr Zhivago” and “2001: A Space Odyssey,” MGM drifted in and out of financial distress in the second half of the 20th century. Over the decades it was owned by Time, CNN founder Ted Turner and more than once by the late billionaire Kirk Kerkorian.

There’s been speculation before about Amazon acquiring entertainment companies. It was previously seen as a possible buyer of AMC Entertainment, the movie chain, with some investors confusing it with AMC Networks, the owner of cable channels.

Investors suffered a similar sort of confusion on Monday, with the Information report boosting shares of MGM Resorts International, a casino company that isn’t part of Metro-Goldwyn-Mayer. MGM Resorts stock jumped as much as 5.8% in late trading before quickly retreating.

Bloomberg News. BloomberMore stories like this are available on bloomberg.com

Amazon to hire 10,000 more people spread across the UK

On Thursday, the world’s largest online retailer said it was hiring 75,000 workers for its North American logistics operation
Companies
1 month ago

Deal is also intended to cut Naspers’s size on the local stock exchange and boost the free float of its global internet arm, Prosus
Companies
1 month ago

MGM decides not to push for merger with gambling firm Entain

MGM decides not to push for merger with gambling firm Entain