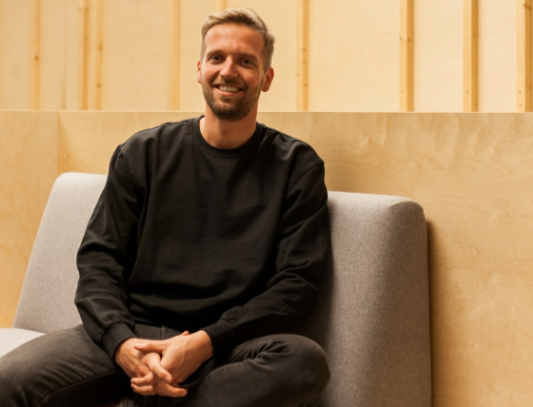 Vinted, the Lithuanian app that lets users buy and sell pre-owned clothes and accessories, was valued this week at €3.5bn, not far below more established European retailers such as Hugo Boss and Sports Direct owner Frasers Group.

The Vinted fundraising underlines the current vogue for vintage and second-hand apparel — a market that has grown with the listings of US resale platforms Poshmark and ThredUp in 2021.

There is a risk, though, that the trend for buying and selling used clothes ends up being a pandemic flash in the pan, one that will fizzle out alongside wearing sweatpants and gorging on unhealthy snacks once economies reopen. That could leave valuations looking as stretched as a “preloved” bandage dress.

Led by Swedish buyout group EQT, Vinted secured €250m of investment. Neither revenue nor gross merchandise value (the value of goods sold) was disclosed. But assuming €2bn-€2.5bn of gross merchandise value in 2020, the company’s valuation would be comparable to Etsy and Poshmark. Though Vinted is loss-making overall, it has reached profitability in its mature markets. Poshmark and ThredUp both made net losses in their first quarter.

The multiples commanded by these second-hand marketplaces reflect partly the expected growth of the resale market. According to ThredUp, this could be worth $44bn in 2029, overtaking the “fast fashion” sold by Zara, H&M and the like.

The driver behind this expected shift is younger consumers. Generation Z shoppers are turning to so-called “recommerce” for a variety of reasons, including environmental ones.

The global fashion industry emits about the same quantity of greenhouse gases a year as the economies of France, Germany and the UK combined, according to McKinsey & Co. By 2030 it will need to cut emissions by about half, or it will miss the Paris Agreement’s goal of countries limiting global warning to 1.5ºC. One way to do this is by promoting second-hand clothes, which can extend the average life of a garment by 1.7 times.

Given young shoppers’ green concerns, it makes sense that the renewed interest in fashion as many countries exit lockdown is benefiting the second-hand sites. Poshmark said sales of pre-owned crop tops were up 101% in March compared with the year earlier. Denim shorts were up 85%.

But the burgeoning industry faces potential hurdles, too. There is a question over whether any changes to consumer behaviour during the pandemic will be only temporary. When everyone was stuck in lockdown, they had lots of time to “Marie Kondo” their closets and resell what they might have tossed. Now people no longer have to stay home, sorting through old clothes and shoes may have less appeal.

Shares in Poshmark fell 22% on Thursday after it said sales growth would slow to about 20% in the second quarter of this year compared with about 40% in the first. Vinted’s revenue doubled in 2020, in line with the second-hand market. But that expansion might not be sustained as the market’s growth slows to 40% — still impressive, but well below the pandemic bump.

Competition is also getting fierce. Even if shoppers do keep throwing out their old styles to make room in their wardrobes, they will be spoilt for choice as to which resale platform to use. Serving high-end tastes are sites like The RealReal and Europe’s Vestiaire Collective, in which Gucci-owner Kering recently acquired a stake. Meanwhile, Grailed, Goat, StockX and Marrkt appeal to streetwear and specialist collectors. And in the mass market, London-based Gen-Z favourite Depop is a serious competitor.

Established retailers are also getting into the game. Lululemon Athletica, Patagonia and Levi Strauss & Co are now offering resale options. Even British grocer Asda is selling second-hand clothes in its supermarkets.

Fast-fashion chains are upping their green credentials, too, trying to woo back young shoppers. Hennes & Mauritz was leading the way with a “conscious clothing” collection. It has now been joined by Inditex’s Zara. Discounter Primark also boasts using sustainable cotton.

All of this means that the new online marketplaces must work hard to stand out, spending more on marketing and advertising. Resale undoubtedly has a huge potential to serve Gen Z. But it will have to overcome some growing pains to ensure preloved remains chic not shabby.

‘From the perspective of environment and climate, today's plug-in hybrid technology is worse than what it is replacing’
World
2 months ago

Environmentally conscious investors may soon be able to buy a different colour of asset every day of the week.
Business
2 months ago
Next Article