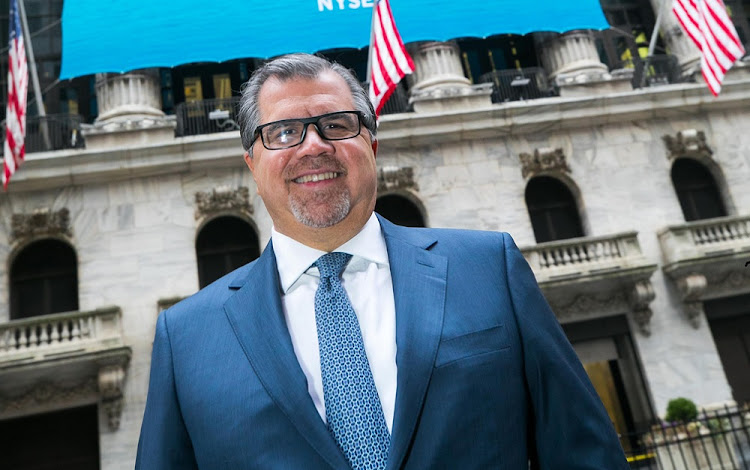 Oslo — Norwegian Cruise Line called 2020 its “most challenging year”. The company lost $4bn, or half a decade’s worth of profit. Shares dropped 56%. Thousands of crew members lost their livelihoods.

How? Corporate boards cut Del Rio and scores of other CEOs extraordinary slack for miserable results in the pandemic, securities filings show. Otherwise, their pay would have plunged because it is tied to metrics such as sales, profit and stock prices.

Compensation committees decided the crisis wasn’t the bosses’ fault, so they shouldn’t suffer the consequences. Boards handed out “special awards” for persistence. They eased up on performance goals, so executives could still collect bonuses. They granted retention awards, so the wouldn’t get discouraged and quit.

More than 300 companies have tweaked pay to give top executives a break in 2020 or said they’ll apply discretion on payouts, according to data compiled by the Conference Board, data analytics firm Esgauge and Semler Brossy, a compensation advisory firm.

As a result, the leaders as a group collected bonuses worth hundreds of millions that would otherwise have been wiped out. Norwegian Cruise Line Holdings did not respond to requests for say.

Shareholders — not to mention employees — got no such bailout. And in good times, boards hardly ever curb compensation because of a strong economy or a lucky break, rather than executive performance.

“These are the last people that need to have their pay accommodated,” said Rosanna Landis Weaver, a programme manager at As You Sow, a non-profit focused on shareholder advocacy. “If it’s heads I win, tails I win almost as much — that’s not pay-for-performance. It’s just ridiculous.”

But Robin Ferracone, CEO of Farient Advisors, a consulting firm that works with companies to set executive pay, says it can be reasonable and fair to ease up during a big crisis because talented executives are often sought after and can jump ship if they consider themselves unduly penalised.

Many corporations, particularly in the technology sector or others benefiting from stay-at-home customers, had banner years during the pandemic. The typical company in the Russell 1000, an index of larger corporations, reported CEO compensation up 3% last year, according to data compiled by Bloomberg that is derived from filings available up to April 30.

“For the most part, companies were reasonable and measured in their response in 2020,” Ferracone said.

These behind-the-scenes pay boosts contrast sharply with what Corporate America said during the early days of the pandemic, when firms announced CEO salary cuts in solidarity with front-line workers. A study by governance data provider CGLytics shows that executive salary reductions at 116 companies in the S&P 500 averaged 6% of their 2019 pay packages.

Others, including manufacturer Patrick Industries and car retailer Sonic Automotive, last year cancelled some awards and instead gave executives stock options for retention purposes. These have swollen in value as shares of both companies have surged past their pre-pandemic records.

Sarah Anderson, global economy project director at the Institute for Policy Studies, a progressive think-tank, says that approach reminds her of bank executives who got options at the depth of the Great Recession and reaped a windfall.

“Once again, just as in the aftermath of the 2008 crash, corporate boards are fixating on protecting the pay cheques of those executives who sit at the corporate summit,” Anderson told legislators at a congressional hearing in March.

General Electric CEO Larry Culp caught a break from his board that may not pay off until later. Culp had been on track for a windfall. If the stock hit $31, he would get an equity award worth $230m.

In the pandemic, GE’s shares slipped to their lowest level in three decades. So, last year, the board granted him a new award with a lower bar, $16.68, so he will have a shot at the jackpot. The board said it was part of a contract extension needed to secure Culp’s continued leadership at an uncertain time.

Some shareholders object to moving the goalposts. In January, more than half of Walgreens Boots Alliance’s investors voted against the executive pay programme.

The pharmacy chain excluded part of 2020 results from a bonus calculation. That shift let three top bosses collect equity awards worth $7.68m that otherwise would have been forfeited.

Vanguard Group, its second-largest shareholder, said in a statement that it opposed the plan because the board’s changes “did not appropriately reflect Walgreens’ performance versus peers”. The votes are non-binding, so the executives got their money, anyway.

Walgreens said the change rewarded their “extraordinary efforts” and unanticipated impact of the pandemic.

Nowhere is the divide between pay and corporate performance — as well as the boss and workers — starker than at Norwegian. The cruise line grounded its 28 ships, which employed 31,000 crew members who generally get paid only if vessels sail.

The company cut the salaries of remaining employees, including Del Rio and other top brass, by 20%.

Then the board stepped in. In July, it awarded Del Rio’s lieutenants $2m each of extra stock awards. And, in October, the directors changed performance criteria for some of their other outstanding awards — partly for the pandemic, partly for a government-mandated end of cruises to Cuba. As a result, Del Rio’s pay rose by $4.4m.

That month, the CEO, whose contract expired at the end of the year, received another $8.8m  in cash and stock as retention awards, so he would stay until 2023. And the board opted to pay executive bonuses even though the original target for adjusted earnings was way out of reach because the companies sales had plunged 80%.

In a filing, the board’s compensation committee said it needed to “ensure stability in the organisation and to ultimately drive our company’s recovery”.

The package is up for an investor vote on May 20. The results are nonbinding, so Del Rio will keep his money regardless of the outcome.

Meanwhile, many Norwegian crew members have abandoned the profession, while others are waiting and hoping that their jobs will return, said Lena Dyring, director of cruise operations for the Norwegian Seafarers’ Union. “For seafarers in the cruise industry, it has been devastating.”

Gaining something from one’s endeavours is a defining trait of human nature, not a malicious goal of capitalist greed
Opinion
2 months ago

New UniCredit CEO to earn more than double his predecessor, and investors are angry

Investor advisers are advocating for shareholders  to vote against the proposed €7.5m in annual pay for Andrea Orcel
Companies
2 months ago
Next Article