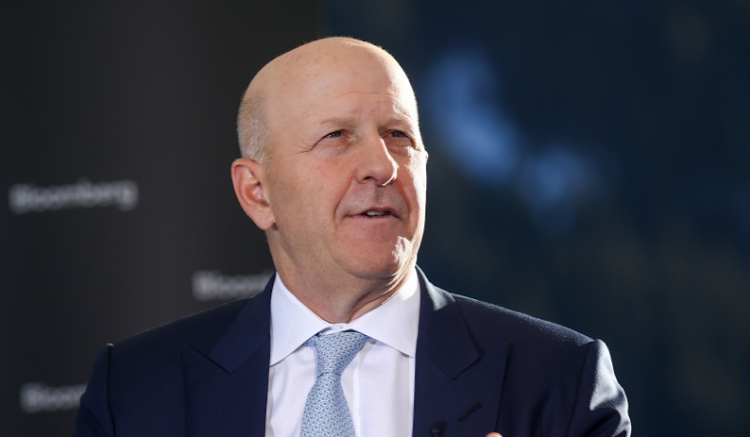 Goldman Sachs’s top brass has formulated a plan to have US and UK employees return to offices in June as Wall Street’s march back to its skyscrapers gathers pace.

US staff should be prepared by June 14 to work from offices again, while those in the UK should be ready June 21, according to an internal memo seen by Bloomberg. The move follows a mandate last week from JPMorgan Chase CEO chief Jamie Dimon, seeking to bring back his workforce in rotations from early July.

Other finance companies are also beginning to set policies for an eventual return. Vanguard Group, with about 17,300 employees, said it’s planning a hybrid model for most of its staff, and Ken Griffin’s Citadel expects to have most US staff back in its offices by June 1. At Deutsche Bank, New York City workers will be allowed to work from home at least until July, a person familiar with the matter said.

Goldman CEO David Solomon joins Dimon in counting on an expanding vaccination drive to hasten the revival of pre-pandemic routines in an industry where legions have spent 14 months working remotely. The duo has been at the forefront in sketching out the most pressing timelines to refill towers, moves that are likely to put pressure on other firms in finance and beyond.

“We are focused on progressing on our journey to gradually bring our people back together again, where it is safe to do so,” Goldman said in the memo.

An Accenture survey of 400 North American financial-services executives found that almost 80% prefer that workers spend four to five days in the office when the pandemic is over. Such plans could face resistance from the ranks. Many employees want to hang on to flexible schedules after proving they could stay productive while working from home, according to Accenture.

In New York, home to the two banking giants, plans are under way to fully reopen in two weeks, marked by the return of arenas, gyms, stores, restaurants and hair salons, New York governor Andrew Cuomo said on Monday at a briefing. Most capacity restrictions will also be lifted across New Jersey and Connecticut, while all-day subway service will resume in the city in May.

Goldman’s management is unlikely to follow a similar schedule in other countries as the virus charts an uneven course across the globe. That’s especially true for the firm’s sizeable operation in India, the country now battling one of the most severe coronavirus outbreaks in the world.

At Vanguard, based in Valley Forge, Pennsylvania, many employees will be allowed to work remotely on Mondays and Fridays. Other money managers, including Two Sigma Investments and Bridgewater Associates, are planning to allow employees to continue to work remotely at least part-time.

Citadel expects regular in-office operations by the start of June in New York, Chicago and Greenwich, Connecticut, a person familiar with the matter said. Operations in Texas will get back to normal in mid-May.

Deutsche Bank has about 8,000 employees in the US, and had previously told New York staff they could work from home until mid-2021, pending a move to a new headquarters building in July. An announcement for workers in London may come soon and is dependent on the evolving guidance from the country’s government, the person said.

The result was driven by investment banking activities, and as its fixed-income trading business and origination and advisory services surged
Companies
8 months ago

The collapse rattled investment banks across the world, with Credit Suisse emerging the worst hit with almost $5bn in losses from its exposure
Companies
9 months ago
Next Article