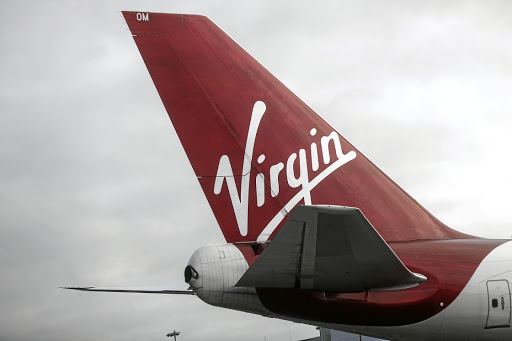 London — Virgin Atlantic Airways said places tipped to be on a UK list of destinations set to reopen from mid-May could bring back a significant portion of its pre-coronavirus business, shrinking losses this year.

The US, Israel and the Caribbean accounted for 80% of Virgin Atlantic’s 2019 network and could all feature on the list set to be revealed early next month, CFO Oliver Byers said after the carrier posted an adjusted pretax loss of £659m for 2020.

While any move to restore US links is likely to be unilateral and allow Americans to visit the UK while not immediately permitting Britons to fly in the opposite direction, it would still be “very welcome in creating an ability for US nationals to travel,” Byers said in an interview.

The carrier, founded and controlled by billionaire Richard Branson, is counting down the days to the hoped-for resumption of lucrative trans-Atlantic flights after the pandemic pushed it into a court-supervised restructuring last year. Byers said two rounds of financing and sales of aircraft mean it has liquidity to ride out the rest of the crisis even if markets are slower to return than now appears likely.

“We’ve shown that we’re able to raise capital when we need to,” Byers said. “We continue to explore ways we could do that in the future and opportunities that could arise.”

Virgin Atlantic is offering only 13 passenger destinations worldwide, including Tel Aviv, Barbados and five locations in the US The 2019 schedule included 11 American cities and six locations in the Caribbean.

The airline suffered a 70% drop in revenue last year to £868m,  Virgin Atlantic said in a statement on Friday. The company paid more than £600m to satisfy more than 220,000 refund claims, it said, highlighting why carriers worldwide have preferred to provide vouchers rather than hand back cash.

Cargo traffic accounted for more than a third of revenue, aided by the launch of 12 freight-only routes served with surplus passenger jets.

The Crawley, England-based carrier expects to operate capacity equivalent to 40% of the pre-pandemic level for 2021 as a whole, with the full fleet of 37 planes operational by the fourth quarter.

Virgin said vaccination programmes in the UK and US are sufficiently advanced that the countries should be able to develop a framework for removing compulsory coronavirus testing that Britain will require for arrivals even from Green List nations.

Byers said the company will pare losses this year before reaching sustainable profitability from 2022. CEO Shai Weiss said last week he expects to lose more than £1bn this year and last combined, implying that the 2021 shortfall will be at least £340m.

Bloomberg News. For more articles like this please visit  bloomberg.com