Amid the international outcry over China’s treatment of the Uighurs, the US-listed Daqo New Energy says tours of its facilities are available 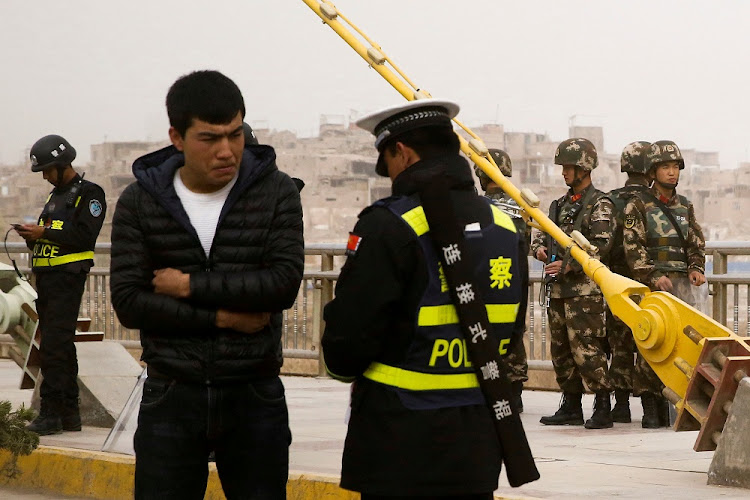 US-listed Daqo New Energy has fired back at allegations that forced labour is used at factories in the western Chinese region of Xinjiang, saying it will soon let investors see for themselves.

The company will invite as many as 50 analysts and investors to visit the plant in mid-May, said He Ning, director of investor relations at the polysilicon manufacturer, which has a facility outside Urumqi that Bloomberg reporters visited in March without being allowed inside.

“There’s no forced labour,” He said on Friday during a press conference in Beijing organised by the Chinese foreign ministry. “Surveillance on ethnic minorities and oppression against their customs and religious beliefs are all fictitious.”

All of the company’s workers in Xinjiang are compensated for their work, said He, adding the average salary is about 6,000 yuan ($930) a month.

China has detained “upwards of 1-million” ethnic minorities, including Muslim Uyghurs in Xinjiang, according to a UN assessment, while the US and other Western nations say China is committing genocide there. China denies the allegations, saying it is countering terrorism while building infrastructure in the impoverished region that will ensure prosperity. China has traded retaliatory sanctions with the US, UK and EU over the dispute.

Foreign companies, such as H&M and Nike, have become entangled in the Xinjiang controversy for indicating they won’t use cotton grown in the region. H&M became the target of a consumer boycott in China that had the backing of organisations such as the People’s Liberation Army and Communist Youth League, the ruling Communist Party’s organisation for recruiting young people.

Daqo’s factory and three others in Xinjiang produce about half the world’s supply of polysilicon, the metal used in the production of solar panels. Demand for the material has surged amid the global effort to speed up the clean energy revolution and stave off the worst impacts of climate change.

China has accused foreign governments of using forced labour claims as a way to help their own companies compete against China’s. On Friday, He said such efforts would fail because China has such a large presence in the global solar market.

Polysilicon prices have tripled in the past year, according to PVInsights, and producers such as Daqo have been key beneficiaries. Shares of the company have risen 46% this year after surging 460% in 2020.

China has proclaimed the Xinjiang region “open” to anyone who wishes to visit, but Bloomberg reporters who went there in March were met on the plane by armed police then shadowed as they tried to visit factories. They were also shooed away from the Daqo plant in the city of Shihezi by guards wearing brown camouflage.

Daqo’s He said the invitation to visit is open to members of the US Solar Energy Industries Association, third-party auditors and journalists. “China’s solar industry does not serve one particular party or market. We provide services to the world,” He said. “That said, China will not flinch against any unfair treatment.”