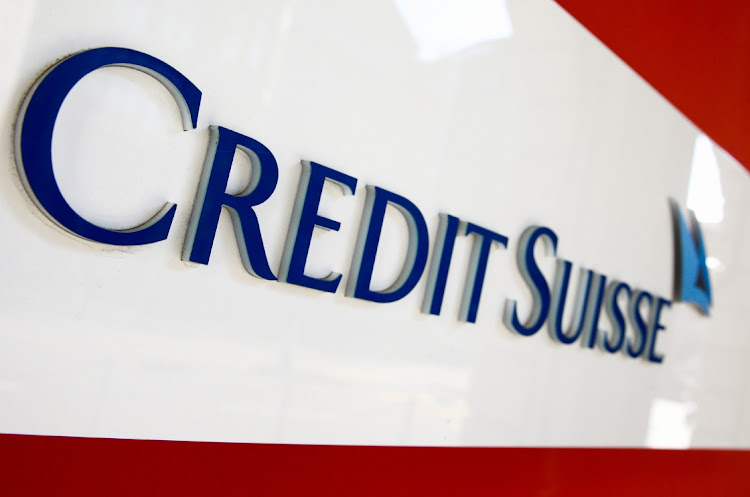 The logo of Swiss bank Credit Suisse is seen at a branch office in Zurich, Switzerland, on April 14 2021. Picture: REUTERS/ARND WIEGMANN

Credit Suisse Group is suing a Georgian billionaire and his communications adviser over their decision to publish a copy of a report from Switzerland’s banking regulator on its handling of a former banker convicted of fraud.

The two sides will lock horns in a court hearing in London on Thursday when Credit Suisse will seek to extend a preliminary order forcing the report to be removed from the CSVictims.com website. The public relations firm behind the website, Metigen, will ask the court to lift the injunction pending a decision on whether there needs to be a full trial.

The dispute is the latest in a long-running battle between the Swiss bank and investors who were victims of Patrice Lescaudron, who was convicted of orchestrating a scheme to fake trades to cover losses that ran into the millions of dollars. The investors, including former Georgian prime minister Bidzina Ivanishvili who is also a defendant in the London lawsuit, believe Credit Suisse should bear some responsibility for the rogue banker’s crimes.

In February, Metigen posted a copy of the critical 2017 report, authored by a Zurich law firm hired by Finma, even after Credit Suisse had previously won a ruling from a Swiss court keeping the document confidential.

Given extracts from the report have already been quoted in the media, “it’s outrageous that the only people who Credit Suisse are trying to prevent from using the report are the victims of the crimes”, Metigen’s director, Charlie Wigan, said in a statement.

Credit Suisse declined to comment on the lawsuit, as did a spokesperson for Finma.

“The report was commissioned by Finma, not Credit Suisse and the detail of findings are in the public interest — particularly in light of the recent Archegos and Greensill scandals, which demonstrate ongoing risk management issues within Credit Suisse,” Metigen’s Wigan said in the statement.

The Lescaudron case exploded in 2015 when the former star private wealth manager at Credit Suisse with a roster of Russian clients confessed to forging signatures, manipulating spreadsheets and faking trades to try to buy time to recover from heavy losses he first incurred in 2008.

Lescaudron’s scheme went undetected for more than seven years until a huge bet on a single drug stock in the US went badly wrong and exposed his fraud.

The bank has consistently argued that Lescaudron, who committed suicide last year, was a lone wolf who hid his wrongdoing from his colleagues and supervisors.

He was convicted at a trial in 2018 and sentenced to five years in prison, but was released less than 10 months later on health grounds and because he had already served two years in pretrial detention.

• Bloomberg News. For more articles like this, please visit bloomberg.com

The Swiss bank expects a $983m pre-tax loss in the first quarter, and that’s before the collapse of Greensill Capital is factored in
Companies
1 year ago

Archegos saga likely to have regulatory repercussions, with a slew of US watchdogs probing the incident
Business
1 year ago
Next Article