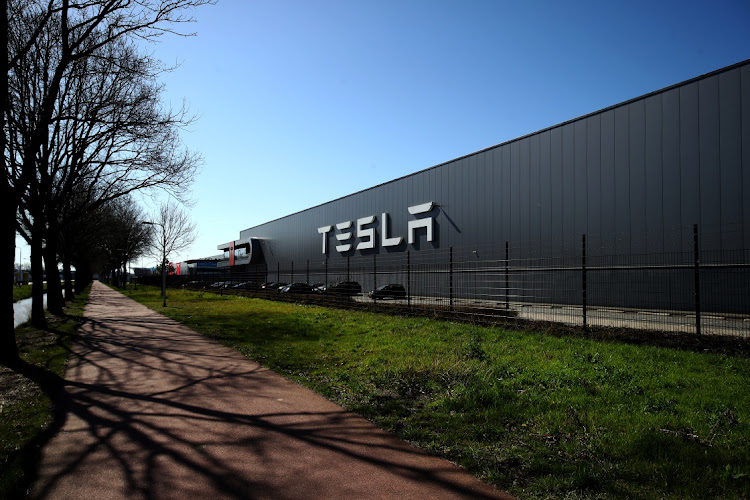 Diehard Tesla investors might be forgiven for wondering why the thrill of owning the iconic carmaker’s stock has seemingly disappeared.

After all, since catapulting more than 700% last year, the shares have barely eked out a 3.4% advance in 2021. Meme stocks like GameStop have pushed Tesla out of the limelight, while bitcoin has attracted almost all the buzz.

But the electric-vehicle juggernaut’s first-quarter results on Monday might be just the thing to change all that.

Since reporting surprisingly strong deliveries for the first three months of the year, expectations are running high. And Tesla also needs to convince investors it can hold onto its lead in the electric-vehicle market in an increasingly crowded playing field. As a result, traders are pricing in a jolt to the shares. Options pricing suggests Tesla’s stock may fluctuate 7.2% in either direction, which would be the largest post-earnings move since January last year.

“We acknowledge Tesla has shaken up the auto industry, but recent commitments and advancements from incumbent automakers such as Volkswagen and General Motors suggest to us that Tesla has achieved peak market share within the [electric vehicle] category,” Jeffrey Osborne, an analyst at Cowen, wrote in a note earlier in April.

Legacy vehicle manufacturers in the US and Europe have announced ambitious plans this year to enter the electric-vehicle race, ranging from everyday sedans to SUVs and luxury supercars. And while billionaire Elon Musk’s company has a significant edge over its competitors in terms of technology, software and brand awareness, its position could start to erode fast as more rivals join the fray.

“Tesla sees itself as the apex player during the most formative phase of the industrialisation of sustainable propulsion and transition off of fossil fuels,” Adam Jonas, an analyst at Morgan Stanley, wrote in a note on Thursday. He added that the company would need to address issues surrounding sustainably sourced battery manufacturing and supply chain.

The immediate priority is to expand capacity and begin “industrialising the ‘Tesla hegemony’ before the market gets even more crowded”, Jonas wrote.

Investors will also be eager to get more details on Tesla’s plants in Germany and Texas, as well as any clues on how demand for its cars is shaping up this year. Tesla has not provided a delivery target for 2021, though it has hinted at about 750,000 units.

There’s also the risk that as more traditional carmakers produce electric vehicles they will need to buy fewer regulatory credits from Tesla to stay compliant with emissions rules. That could eat into a source of Tesla’s revenue, which, while small, has tended to disproportionately bolster profits since there are no costs associated with them.

“Even in its first profitable year of 2020, adjusted pretax income was less than the earnings from selling credits to automakers that can’t build pickups and SUVs fast enough,” Bloomberg Intelligence analyst Kevin Tynan said in an interview.

“The irony is that despite all the hype, legacy automakers are making so much money from selling internal combustion pickup trucks and SUVs that it has made Tesla look profitable.”

Overarching issues aside, the recent fatal crash of a Model S car in Texas is also bound to get some airtime on the earnings call, as analysts try to dissect why the accident happened and whether the company’s driver assistance system, called AutoPilot, was involved in any way.

Elon Musk makes cars that don’t use fossil fuel, which Darren Woods produces, but both see a bright future
Companies
9 months ago

Company delivers 184,800 cars in the first three months of 2021 on rising demand in China
Companies
9 months ago
Next Article