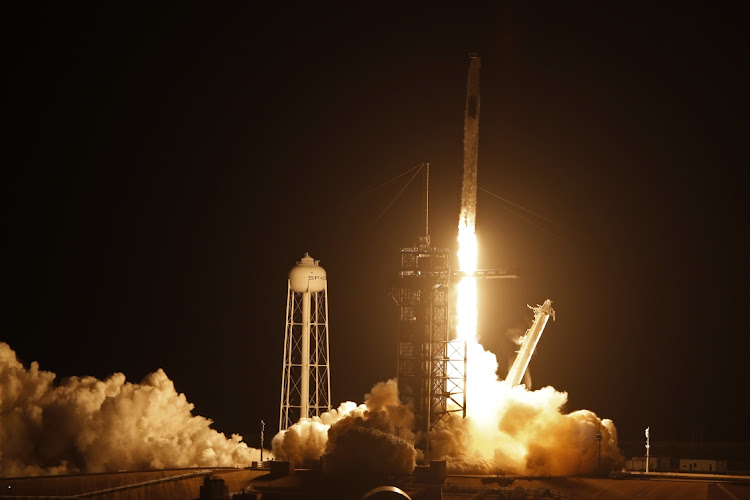 The Falcon 9 rocket and Dragon capsule lifted off from Kennedy Space Center in Florida at 5.49am US East Coast time on Friday. The astronauts on the flight, which is SpaceX’s second regular mission to the ISS under Nasa’s Commercial Crew Programme, are scheduled to dock early on Saturday with the orbiting lab.

The voyage, on equipment that has flown before, marks another milestone in human space travel and furthers SpaceX’s success at pioneering re-usability in the launch business. Founder Elon Musk has championed the goal of designing spacecraft for multiple missions as the only practical and economical method to lower launch costs and expand human exploration — specifically to Mars.

“Flight-proven rockets” and capsules have demonstrated their ability, Musk said on Thursday on a webcast with Peter Diamandis, creator of the XPrize Foundation and a fellow space enthusiast.

On April 28, SpaceX is scheduled to bring back the four crew members from the November flight, with a splashdown off the Florida coast. The company’s next mission to the station is tentatively set for October.

“I could not be more proud of the Commercial Crew Programme, the SpaceX and Nasa teams, and what they’ve been able to do to enable reliable, safe, effective transportation to and from space,” Nasa acting administrator Steve Jurczyk said on Wednesday at a briefing in Florida.

SpaceX has flown another of its Falcon 9 rockets nine times without people, and its Dragon capsule is certified for as many as five flights. The California-based company is keen to learn how many times a Falcon 9 can fly, though its crewed launches won’t be part of those tests.

“We’re pushing that for non-human missions,” Benji Reed, SpaceX’s senior director of human space flight, said at an April 20 briefing. “We want to see how far we can go.”

The Nasa Crew-2 mission is commanded by Shane Kimbrough, a retired US Army colonel and helicopter pilot, who is taking his third trip to space. The crew is expected to return to Earth in late October.

Three other astronauts are on board:

The Commercial Crew Programme is a keystone of Nasa’s effort to contract with private companies where possible for astronaut and cargo transport, as well as other services.

In 2014, Nasa awarded SpaceX and Boeing a combined $6.8bn in contracts to revive the US’s ability to fly to the orbiting lab without buying seats on Russian Soyuz capsules. A second test flight of Boeing’s Starliner vehicle, without a crew, is set for later this year after a botched mission in December 2019.

Musk founded SpaceX in 2002 with the ultimate goal of enabling people to live on other planets, and Nasa has been a key partner and customer. A cargo version of SpaceX’s Dragon capsule makes regular runs to the ISS.

There will be major advances in the sector, with cheap reusable launch vehicles slashing launch costs
Opinion
3 months ago
Next Article