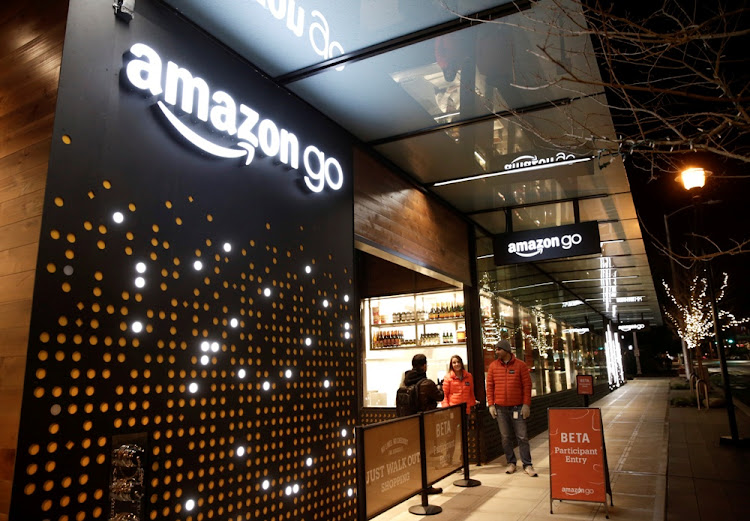 Amazon.com is poised to bring its automated checkout technology to full-size supermarkets, a significant milestone in the race to revolutionise how people buy their groceries.

Planning documents for a store under construction in Connecticut, US contain all the hallmarks of an Amazon Fresh grocery store: a two-word logo on dark grey panels above the store’s entrance, online order pickup counter and such full-service departments as a butcher. The plans also identify a dozen entry and exit gates as well as ceiling-mounted racks to run wiring to camera arrays— a set-up that until now has only appeared in Amazon Go convenience stores.

Shoppers enter those locations by swiping a smartphone at the entry gate. Inside, they’re tracked by cameras, software algorithms and shelf sensors — and then charged for what they take when exiting through the designated gates.

Amazon appears to have solved a significant technical challenge, creating a grab-and-go system that can handle scores of shoppers at once and cover large supermarkets without being prohibitively expensive to build and operate. The breakthrough, if it works, would catapult Amazon ahead of rivals, which are testing similar camera-based technology developed by various start-ups. Executives at these companies have acknowledged that they are perhaps a year or two away from installing cashierless systems in full-sized supermarkets.

Widespread adoption of automated checkouts is likely to fuel critiques by labour unions that have accused Amazon of seeking to eliminate cashiers, one of the most common jobs in the US. The company has said the goal of its Just Walk Out programme is shopper convenience, not cutting labour costs. Amazon says it has created thousands of grocery jobs since the launch of the first Fresh store in 2020.

Since launching the Fresh chain in southern California, Amazon has opened 12 stores, with 37 more in development across the US, according to a Bloomberg tally based on permits, state licensing records and news reports. But apart from a test at a Fresh store in suburban Chicago, the new chain doesn’t feature Go-style automated checkout — prompting surprise from industry watchers anticipating a less traditional approach.

Instead, Amazon developed the Dash smart cart, whose sensors and cameras add up purchases as shoppers cruise the aisles. The carts stop short of a seamless, Go shopping experience. They hold only a couple of bags of food, and shoppers can’t take them outside, forcing them to transfer bags to a low-tech cart or lug their food to the parking lot.

Tracking dozens of people across a big store is technically challenging, but cost has also slowed the adoption of cashierless technology. Equipping a 185m2 convenience store with cameras can be done with a few dozen devices. Covering a much larger full-service supermarket, which in the US tend to range from about 3,000m2 to about 4,600m2 or more, can require exponentially more cameras and servers to process and store video. That can quickly chew through the benefits of employing fewer cashiers or luring more people into the store with the promise of a seamless checkout.

Amazon has been working for years to streamline its Just Walk Out system, making the gear more cost effective for its own stores as well as appeal to other companies that might license the technology. Even when Amazon was exclusively opening small convenience stores, the company’s engineers were asked to build a version of the technology that would be viable in stores larger than 3,000m2, according to one person briefed on the plans.

In 2020, the company also introduced Amazon One, which lets shoppers use their palms to pay at its convenience, book and 4-Star stores in the Seattle area. Amazon said on Wednesday that thousands of customers had signed up and that it had introduced the service to a Whole Foods Market store in the city and planned to roll it out in other locations.

The Connecticut store under construction is about 3,200m2, including stockrooms, back office space and an ample staging area for online orders. The sales floor — the area that would need to be policed by camera arrays — is about 1,900m2.

That’s almost three times the size of the retail floor at the largest stores currently using Just Walk Out technology. Amazon operates two Go Grocery-branded stores in the Seattle area. Both have about 650m2 of retail space.

The Connecticut location also has 30m2 square feet of space split between two rooms for server racks and other electrical equipment, a feature that doesn’t appear in plans for some other already open Amazon Fresh stores. The plans also show a set of conventional checkout counters.

Amazon isn’t identified by name in the planning documents, but the similarities between the documents and others the company has filed around the country leave little doubt as to its tenant. The strip mall’s owners described the firm behind the grocery store as an “extremely secretive” technology company in a city planning meeting in October, that was reported earlier by the News-Times newspaper of nearby Danbury, Connecticut. The owners said the store operator would have 50 or 60 locations by the time the Brookfield store opened, if permitting was approved on time, which lines up with the Amazon Fresh expansion.

The documents don’t make clear what role, if any, Dash smart carts will have in the Brookfield store. Nor is it clear how quickly Amazon will bring Go technology to other Fresh locations, although former employees of an Amazon grocery store that has yet to open in Virginia recently told the Washington Business Journal that elements of Amazon Go technology would be included in that location.

Its phone business hobbled, the Chinese giant expands into AI
Business
4 weeks ago

The rapid growth of Walmart Marketplace has some merchants worrying that it risks damaging its reputation as a haven for quality sellers, as is  ...
Companies
1 month ago
Next Article