The Swiss bank expects a $983m pre-tax loss in the first quarter, and that’s before the collapse of Greensill Capital is factored in 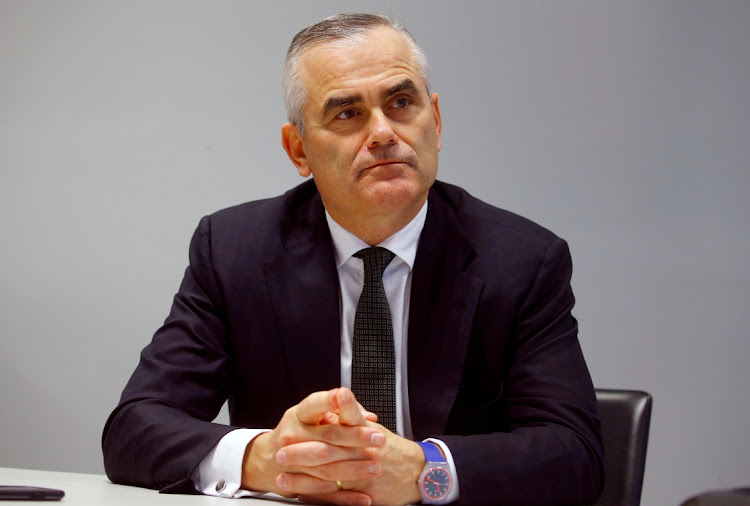 Zurich — Credit Suisse Group is set to report the biggest pre-tax quarterly loss in more than four years following a string of costly errors. Investors want to know how much more pain is to come.

The Swiss bank has already flagged that it expects a 900-million franc ($983m) pre-tax loss in the first quarter, after booking a $4.8bn hit on exposure to Bill Hwang’s Archegos Capital Management. That may not be the end of it, as JPMorgan Chase  sees further markdowns and questions remain over the extent of losses tied to the collapse of Greensill Capital.

The one-two punch that started in April with the collapse of a $10bn fund group run with Lex Greensill’s trade finance firm has sent shock-waves through what was supposed to be a steadier era under CEO Thomas Gottstein. The lender was forced to cut its dividend and suspend share buybacks, pummeling the stock at a time when investment banks around the world are being buoyed by the market volatility of the coronavirus pandemic.

Without the hits, it would have been Credit Suisse’s strongest quarter in more than a decade, according to analysts at Citi. Analysts surveyed by Bloomberg expect the bank to post a net loss of 790-million Swiss francs when it reports earnings on Thursday.

Acknowledging the need for deep change, earlier in April Credit Suisse replaced its investment bank head and chief risk officer, along with a handful of other executives. More executives in the prime brokerage exited this week.

Here’s what to look out for when the bank reports first quarter earnings on Thursday.

Last week, Credit Suisse unloaded about $2bn of stocks tied to the Archegos Capital Management blow-up in the second such block sale since the bank wrote down the bulk of its exposure in the first quarter. Shares of Credit Suisse fell as the sale added to evidence that the Archegos collapse could impact the bank beyond the 4.4-billion franc writedown, its worst trading hit in more than a decade.

While the Swiss bank has substantially reduced its exposure, transactions since the end of March weren’t included in the first-quarter results, a person familiar with the matter has said. Analysts at JPMorgan estimate that further second-quarter markdowns could total $400m.

“Overall, we see these sales putting further question marks around risk management and size of exposure to Archegos as we do not know if there are further similar sales still coming — we believe Credit Suisse needs to draw a line under this issue and the final scale of charges it could take on Archegos,” analysts Kian Abouhossein and Amit Ranjan wrote in a note to clients.

Credit Suisse has so far repaid about half the $10bn invested in the strategy when it froze the money pools in March over valuation uncertainties. Investors in the funds, including some of the lender’s wealthiest clients, are facing potentially steep losses after the bank indicated last week that it may not get full recovery on about $2.3bn of assets.

It’s unclear what that means for the bank’s bottom line in the near term, and litigation costs may pile up over time. The bank has warned previously that there could be a further financial hit, and is considering selling some of the troubled assets in the funds linked to Greensill. It’s weighing the sale of the notes at a discount to distressed debt firms, according to people familiar with the matter.

The Swiss bank is also leaning towards letting clients foot the bill for eventual losses because it considers that the risks around Greensill were known and the funds were only marketed to investors able to assess such risks, a person familiar with the matter has said.

Credit Suisse is now planning a sweeping overhaul of the hedge fund business at the centre of the Archegos Capital blow-up. The lender is weighing significant cuts to its prime brokerage arm in the coming months, people familiar with the plan have said.

The bank has already tightened financing terms with some funds and instigated personnel changes. The co-heads of the unit, John Dabbs and Ryan Nelson, are to step down. Investors will be watching for further changes to mitigate the risk of more blow-ups, as the unit is typically a significant source of revenue for investment banks.

Credit Suisse may soon take further action at its 440-billion franc asset-management unit, the epicentre of the Greensill debacle. The business is too small to compete globally and its leaders are distracted by the fallout from the trade-finance firm’s collapse. While a variety of outcomes are possible, including a partial sale or listing, selling the entire unit could fetch as much as 5-billion francs — a figure based on previous deals in the industry.

Allianz is among firms that have signaled interest in Credit Suisse’s asset-management business, according to people briefed on the discussions.

Archegos saga likely to have regulatory repercussions, with a slew of US watchdogs probing the incident
Business
9 months ago

The collapse rattled investment banks across the world, with Credit Suisse emerging the worst hit with almost $5bn in losses from its exposure
Companies
9 months ago
Next Article