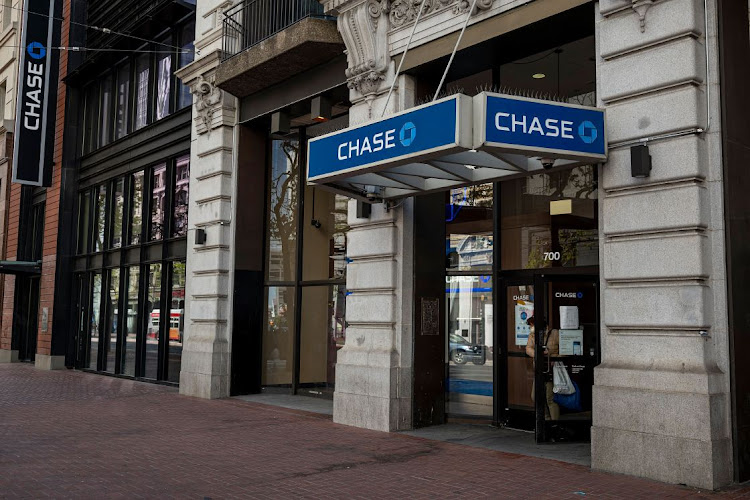 New York —  JPMorgan Chase is bankrolling the biggest upheaval of European soccer since the 1950s in a €4bn bet that has already drawn heavy criticism from fans, domestic leagues and politicians.

The US investment bank agreed to underwrite an initial €3.5bn investment to help a group of the world’s richest soccer clubs set up a top-tier Super League, a figure that will total €4bn after additional payments and expenses, according to a person familiar with the matter. The investment, financed by JPMorgan, may be offered to investors at a later date, the person added, asking not to be identified as the discussions are still private.

Six teams from England, three from Italy and three from Spain have signed up so far to play each other midweek in the new league in a direct challenge to the prestigious Uefa Champions League. Alongside 15 permanent teams, another five would qualify to take part each year.

The clubs have committed to remaining part of the Super League for a set number of years, according to people with knowledge of the agreement. That binding agreement was a key driver behind JPMorgan’s investment, the people added. The financing from JPMorgan has been set at an interest rate of between 2% and 3%, and set over a 23-year time frame, one of the people added.

A spokesperson for JPMorgan declined to comment. The European Super League did not respond in time for publication.

The prospect of the most profound shake-up to European soccer since the precursor to the Champions League was established in 1955 sent shares in top teams Juventus Football Club and Manchester United soaring.

The move would free the clubs from games against smaller teams that bring in lower income, and would award some of them permanent membership, breaking with a principle of international soccer — that anyone can qualify, or fail to qualify — for the most prestigious competitions.

The approach has parallels with the US, where participation in the most lucrative basketball, baseball and American football competitions is guaranteed for clubs that are already members. Annual Champions League revenue is about€3bn, a fifth of the income of the US National Football League.

The top clubs said they would share part of their income from the new competition with poorer clubs. That failed to placate national leagues from England, Spain and Italy and soccer governing bodies Uefa and Fifa, which all hit back at the move, threatening the rebel clubs with legal action and ejection from domestic leagues.

JPMorgan’s links to landmark deals in the sport stretch back almost 20 years. In 2003, it advised the American Glazer family on its purchase of Manchester United. It went on to work on the club’s initial public offering almost a decade later. Manchester United has signed up as a founding member of the Super League, and its vice-chair, Ed Woodward, is a former JPMorgan banker.

In recent years, the bank advised Rocco Commisso, the Italian-American owner of Mediacom, on his purchase of Serie A team ACF Fiorentina, and US billionaire Dan Friedkin on his takeover of AS Roma. It has also helped FC Internazionale Milano and Roma sell bonds backed by future media revenue, and Spain’s Real Madrid raise funds to refurbish its iconic Santiago Bernabeu stadium.

“I’m not surprised that a bank like JPMorgan is gearing up its European sports activity,” said Nikhil Bahel of the sports investment group Elysian Park Ventures. Bahel said the impact of the Covid-19 pandemic has left many teams and leagues financially exposed. “There is a realisation here in Europe that the current financing model for these bodies needs to be revisited.”

The US investment bank’s role is vital as it gives the Super League the financial cover to put billions of euros in guaranteed broadcast rights on the line so the clubs can attempt to earn greater revenues via the new league.

The idea that the top teams need their performance in national competition to affirm their status and power has come to look like an irrelevance as the wealth gap with domestic peers gradually widened. Surprise upsets in ties with bottom-placed rivals have become rarer, helping the bigger clubs’ case that such games can be a pointless distraction.

That situation is partly one of soccer authorities’ own making. In recent years European governing body UEFA changed the rules of the Champions League to favour teams from the big five leagues. And the English Premier League changed the distribution of overseas broadcast rights, also giving the big teams an advantage.

Even if the Super League plan is thwarted by its opponents, it represents a powerful threat that could help the clubs win more concessions from Uefa.

If it does go ahead, it won’t just signal the diminishing clout of the national leagues. It would also show how traditional media companies such as Comcast’s Sky and BT — still the industry’s paymasters — have diminishing power to dictate the shape of the industry. The super-clubs announced their plan on Monday before they’ve even held talks with national broadcasters.

BT said the move could damage the long-term health of UK soccer. The company is among those with most to lose in the short term as it holds the rights to Champions League broadcasts in the UK.

The breakaway clubs may have been emboldened by the possibility of using streaming technology to partly bypass established broadcasters and show games direct to the newer, younger and more Asian fan base that’s emerged in recent years.

Documents outlining the proposal earlier in 2021 and seen by Bloomberg showed the Super League plans to allow four regular season games to be shown live on club apps and digital platforms. This could be a major source of income growth for the teams that are supported by millions of followers worldwide.

Reports say six Premier League clubs, including United, have signed up to plans for European Super League
Sport
3 weeks ago
Next Article