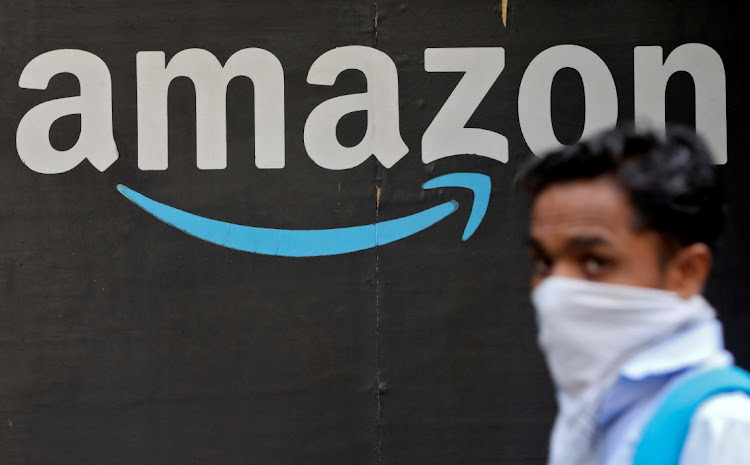 A man walks past an Amazon logo outside the company's collection point in Mumbai, India, March 19 2021. Picture: REUTERS/FRANCIS MASCARENHAS

New Delhi — Amazon.com has announced a $250m venture fund for India, focused on bringing the country’s small businesses online, as the company comes under fire from local retailers.

The new fund will focus on the digitisation of small and medium businesses, innovation in agritech and health tech, the company said on Thursday.

“We are very passionate about trying to enable acceleration of small and medium-sized businesses, in fuelling innovation and the economy in India,” incoming CEO Andy Jassy said at Amazon India’s “Smbhav” virtual event, which means possible in Hindi.

Amazon also announced plans to bring 1-million shops onto its platform by 2025 under a “local shops” initiative that is aimed at bringing the stores online, and competes with the likes of India’s Reliance Industries, which also plans to use such retailers for online deliveries.

Many Indian retailers, which are a crucial part of Prime Minister Narendra Modi’s support base, have long alleged that e-commerce giants such as Amazon and Walmart’s Flipkart flout federal regulations and that their business practices hurt small traders. The companies deny the allegations.

Reuters reported in February that the US group has for years given preferential treatment to a small group of sellers on its Indian platform, publicly misrepresented its ties with the sellers and used them to bypass the country’s strict foreign investment rules. Amazon says it complies with all laws and “does not give preferential treatment” to sellers.

As Amazon’s Smbhav event started, a group representing 600,000 Indian sellers held a rival summit of their own titled “Asmbhav”, or impossible, to protest against foreign e-commerce companies.

The traders’ event featured video clips of several shopkeepers blaming companies such as Amazon and Filpkart for their struggles.

“Earlier every festival brought with it rapture and enthusiasm, now every festival brings despair,” a smartphone seller from western India said at the event as he blamed foreign e-commerce firms for poor business levels.

Amazon faces regulatory scrutiny from the Competition Commission of India and the federal crime-fighting agency for possible law violations.

NEWS FROM THE FUTURE: Please get richer, Jeff Bezos

In 10 years, the online giant has enabled $3bn worth of exports of Indian-made goods and created more than a million jobs in the country
Companies
3 weeks ago
Next Article