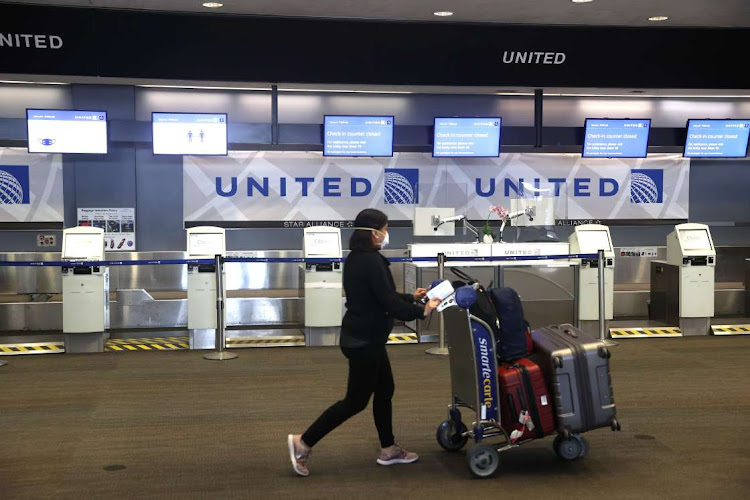 Dallas — Unused airline tickets are getting extra shelf life as the steep drop in travel demand extends into a second year due to Covid-19.

Fewer flight credits are on the verge of lapsing after United Airlines and American Airlines extended expiration dates into 2022, after similar moves earlier in the crisis by rivals. About 11% of all open, unused tickets are set to expire this year, down from 55% up to January 29, according to TripActions, a corporate travel management firm.

“It’s clear that the shift is a reflection of the fact that airlines are adjusting dates to accommodate customers, both business and leisure, in this fluid travel environment,” said Kelly Soderlund, a spokesperson for TripActions.

The changing rules reflect the uncertain recovery of air travel after last year’s unprecedented collapse caused by the coronavirus pandemic. Most credits have traditionally expired 12 months after a ticket is purchased, and carriers extended expiration deadlines last year as air travel plunged. But many were set to expire this year — and some already have — as millions of would-be flyers continue to stay off aircraft.

As more deadlines are extended, flight-credit expirations in 2022 have increased to 89% from 45% before, Soderlund said. The numbers represent unused US airline ticket credits in TripActions’ database, but are largely reflective of the industry as a whole, she said.

The collapse in demand and vanishing travel bookings that began in March 2020 forced airlines to issue billions in travel credits and vouchers for future trips, with about $11.7bn remaining on the books of the six largest US carriers at the end of last year. About $10.3bn of that total is with the four biggest, American, United, Delta and Southwest.

About 8% of new bookings are made with flight credits now, TripActions said, compared with 1% to 2% historically. Southwest said that 18% of non-loyalty ticket sales involved credits in the final quarter of 2020.

There’s a “good chance” that carriers will extend expiration dates again if the recent uptick in domestic flight demand wanes, said Brett Snyder, president of Cranky Concierge, a travel planning firm. Airlines also could start to distinguish between expiration dates for domestic and international credits given the broader uncertainty of travel outside the US.

“This summer is very up in the air right now,” said Snyder, who is also founder of the Crankyflier.com blog. “We don’t know where you’ll be able to go, what countries will let us in. What I think ultimately will be the fair thing to do will be to extend it another six months. Then you’ll have next summer to be able to go somewhere. Give people the ability to actually use them.”

That’s cold comfort for customers whose credits have already expired. And the airlines don’t always make it easy. American has extended some vouchers, which differ from flight credits, through March 2022. But customers must contact the company to be assured of the extra time if the expiration date fell between March 1, 2020, and December 31, 2020.

While domestic passenger levels are the highest they have been since the pandemic started, traveller volumes are still down 44% compared with the comparable period in 2019, according to Airlines for America, a trade group. International passengers are down 63%.

With the deep slump dragging on, carriers have taken actions including the after:

The looser rules only go so far. At Southwest, a trip booked September 8 of last year or later reverted to the normal 12-month use period, and American reinstated its normal one-year expiration period beginning October 1, 2020. The same will be true at United starting April 1.

“Based on the increasing availability of vaccines and the fact that we’re seeing more leisure travel booked every day, we are confident that by next spring, anyone who wants and is able to travel will be able to do so,” said Andrea Koos, a spokesperson for American.

By plane or train, Lufthansa seeks to make customers greener