A probe by investors, led by Effissimo Capital Management, for the scandal-hit conglomerate could see its CEO have to step down 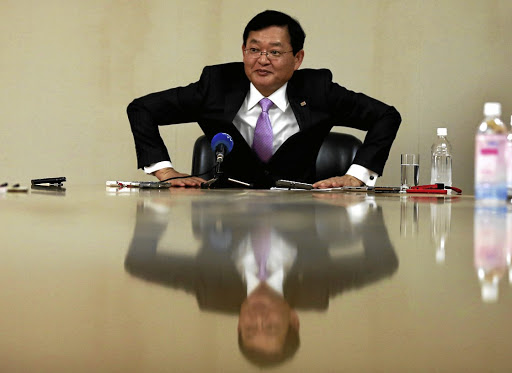 Tokyo — In a watershed moment for Japanese corporate governance, Toshiba shareholders will vote this Thursday on whether there should be an independent probe into allegations that investors were pressured ahead of 2020’s AGM.

Effissimo Capital Management, Toshiba’s biggest shareholder, and other activist investors are expected to carry the day after Effissimo’s proposed investigation won the support of proxy advisers, investor and company sources have said.

Singapore-based Effissimo, which has a 9.9% stake, made the proposal after investor complaints about the last AGM. It has previously been reported that the Harvard University endowment fund had been told by a Japanese government adviser it could be subject to a regulatory probe if the fund did not follow management’s recommendations in the election of directors.

As a result, the fund abstained from voting and later learnt there was no basis for any probe, sources have said.

If activist investors do gather the simple majority needed for the proposal at the extraordinary general meeting, the vote would spell further headaches for management of the scandal-hit conglomerate, particularly embattled CEO Nobuaki Kurumatani.

“From the information we have ahead of time on how the vote might go, we’re on the back foot,” a Toshiba source familiar with the matter said. “If approved, a probe could lead to a build-up of pressure on Kurumatani, even to the point where he may have to resign at this year’s AGM. “Investigation results could cast a negative light on management whatever the outcome may be.”

Toshiba declined to comment on the upcoming vote and the impact a potential probe could have.

A win would also greatly add to momentum for shareholder activism in Japan, which has been at pains to show progress in corporate governance but where any victories for activist investors have so far occurred at relatively small companies.

Activist investors are estimated to account for about 25% of Toshiba’s shareholder base — an unusually large proportion after the company, on the verge of collapse due to huge writedowns at its US nuclear power business, had to quickly issue ¥600bn ($5.5bn) in shares in 2017.

Proxy advisers Institutional Shareholder Services (ISS) and Glass Lewis have both recommended investors vote in favour of the probe and financial industry sources say it would be difficult for most fund managers to justify going against those recommendations.

High-profile investor names, California Public Employees’ Retirement System (CalPers) and Norges Bank Investment Management (NBIM), have disclosed that they are voting in favour of the proposal. CalPers owns 0.45% of Toshiba while NBIM has 1.32%, according to Refinitiv data.

However, BlackRock — the world’s biggest asset manager — is voting against Effissimo’s proposal, a source familiar with the matter said. A representative for BlackRock in Japan declined to comment.

Corporate governance experts also say a probe would serve as a rebuke to what many see as unwelcome interference in shareholder matters from a government eager to protect Toshiba. It is one of Japan’s few manufacturers of nuclear power reactors and remains a major corporate name, though a string of scandals has sullied its reputation.

In addition to the alleged pressure on the Harvard fund from a government adviser, the trade ministry contacted several foreign shareholders in Toshiba ahead of last July’s AGM, people familiar with the matter have said, in what at least one investor saw as an attempt to influence voting.

Governance experts also note the Tokyo Stock Exchange relaxed requirements for first section membership in 2020 — a move that allowed Toshiba’s return to the main board in January and brings in passive index-tracking investors that dilute the power of the current activist shareholder base.

BlackRock and Mizuho Financial Group have built stakes of 5% in Toshiba, filings showed this month — holdings that sources familiar with the matter have said likely reflect the need to have shares on-hand for their customers.

But to vote at the March 18 meeting, shareholders need to have held Toshiba shares as of February 1. It is unclear how much voting power BlackRock and Mizuho currently have.

Prospects for a separate proposal at Thursday’s extraordinary general meeting from US hedge fund Farallon Capital Management, Toshiba’s second largest shareholder, are murkier as that proposal needs two-thirds of the vote to pass. It has the support of Glass Lewis but not ISS.

Farallon, which is upset that Toshiba has rowed back on pledges not to invest heavily in mergers and acquisitions, wants the board to present a five-year capital policy plan or make certain returns to shareholders.

Tech is tops, until it flops … just ask the Tokyo bourse