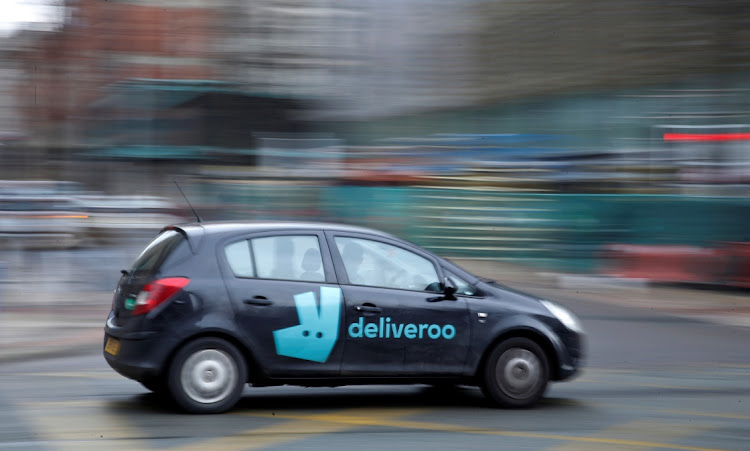 London — Deliveroo officially announced plans to launch what could be the biggest London listing in more than seven years on Monday, after the British food delivery firm's business surged during the Covid-19 pandemic, though it still posted a loss for 2020.

The initial public offering (IPO) is expected to value Deliveroo at more than $7bn, based on a $180m private funding round completed in January with backers including minority shareholder Amazon, the world's most valuable company.

That would make it the biggest London IPO by market cap since Royal Mail in 2013.

The announcement is the latest in a busy start to London's IPO season, with footwear brand Dr Martens and greeting card retailer Moonpig completing high profile deals earlier in 2021 and online review platform Trustpilot in the process of marketing an IPO.

In an accompanying trading update, Deliveroo said it had grown the total number of transactions processed on its online platform, the so-called gross transaction value, by 64.3% in 2020 to £4.1bn from £2.5bn in 2019.

The closure of restaurants except for takeaway and delivery services for parts of the year during the Covid-19 pandemic fuelled a surge in Deliveroo business, and founder Will Shu believes the shift will last.

“We feel confident of the behaviour of our new consumer base,” he said. “For example, when the lockdown was lifted last summer ... we continued to grow.”

He believes the company's expansion into the grocery sector will also drive business, along with offerings such as a new monthly subscription service.

The company believes the restaurant and grocery sectors represent an addressable market of £1.2-trillion pounds in Deliveroo's 12 markets, of which just 3% of sales are now estimated to be online.

That said, Deliveroo was still operating at an underlying loss of £223.7m in 2020, though down from £317.3m in 2019. This hasn't been a hurdle for tech IPOs in New York, and is not expected to dampen enthusiasm for Deliveroo's London listing.

“There's a large amount of money sloshing around and looking for growth — the IPO market is not sensitive to profit,” said John Colley, associate dean of Warwick Business School.

“But it will be several years before Deliveroo makes a profit, and while they ultimately may make some money, it's difficult to see how they will justify the valuations being talked about currently,” he added.

The company confirmed it plans to use a dual-class share structure that will give Shu more control over the company.

This means it will have a “standard” listing upon entry into the London Stock Exchange, rather than a premium one, excluding it from the FTSE indices.

However, this could change if recommendations made in a recent review of listing rules by former EU commissioner Jonathan Hill are implemented.

“It's obviously great news that Deliveroo, a global technology leader, born and bred in the UK, has chosen to list here,” Hill said in a statement provided by Deliveroo. “The changes we recommended would make it easier for more companies to follow Deliveroo's lead, sending out a message that London is open for business.”