Of the 25 largest companies on the MSCI ACWI index without any female directors in 2020, 14 were Chinese 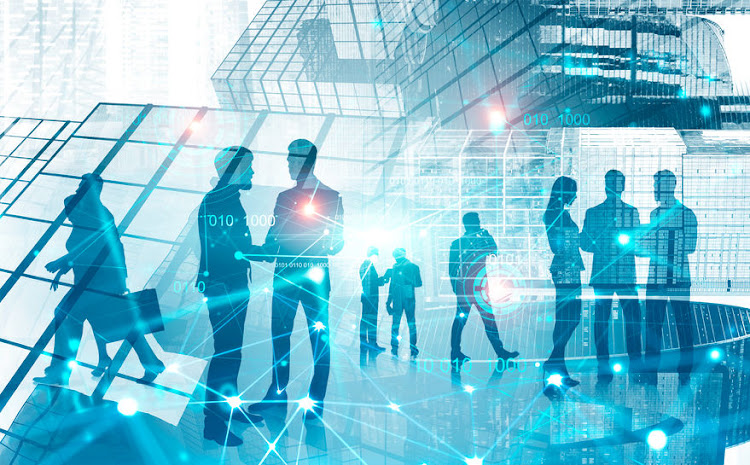 Hong Kong — Warren Buffett-backed carmaker BYD, Nike-rival Anta Sports Products and Nasdaq-listed retailer JD.com are all emblematic of the global heft of China’s companies. The Chinese giants have another thing in common: none of them have women on their boards.

All-male boardrooms have long been common at stodgy state-owned Chinese enterprises, but they are also a fixture in many of the nation’s entrepreneurial young companies, spanning industries like e-commerce and electric vehicles that are investor favourites. That’s left the nation with the dubious distinction of being one of the worst places for boardroom gender diversity.

Of the 25 largest companies on the MSCI ACWI index without any female directors in 2020, 14 were Chinese, according to a report published in November by MSCI. Among them were big names such as search-engine operator Baidu and food-delivery company Meituan. The list of Chinese companies with all-male boards also includes smartphone seller Xiaomi and viral video start-up Kuaishou Technology, which earlier this year raised $5.4bn in the biggest technology IPO since Uber.

Investors and activists have been putting more attention on the issue, calling on the Hong Kong stock exchange  — the favoured listing location for many of mainland China’s hottest companies — to close the gap with other markets that have better diversity records.

“It’s quite apparent that we are very behind,” said Teresa Ko, a partner and China chair at the law firm Freshfields Bruckhaus Deringer. A former chair of the Hong Kong stock exchange listing committee, she has called for the exchange to implement quotas requiring listed companies to add female directors within six years.

“We need deadlines,” she said. The status quo “is embarrassing and quite disappointing”.

Ko endorsed quotas in February in a report released by the Hong Kong Institute of Chartered Secretaries, which called for a target of at least 30% female representation on boards. “Many companies here have an archaic concept of the role of boards,” BlackRock MD Amar Gill wrote in the report. “Female board presence is little more than at token levels.”

Hong Kong’s stock exchange said in a statement that it recognises the importance of diversity, pointing to a 2019 requirement that IPO applicants with all-male boards explain measures to achieve gender diversity on the board after listing.

“We are committed to creating a more diverse workforce at every level within our organisation,” NIO, a Chinese EV maker with an all-male board, said in an e-mail. Other companies did not respond to requests for comment.

Boards in Western countries continue to be heavily dominated by men, but in recent years many companies have added more women in response to pressure from investors, regulators and consumers.

In Singapore, a government diversity council backed by President Halimah Yacob, the country’s first female head of state, has set targets to achieve 25% female board representation by 2025 and 30% by 2030. The body has a list of female board candidates recommended by corporate leaders as suitable to hold board positions.

There’s been much less pressure on companies in China, where President Xi Jinping’s government hasn’t prioritised gender diversity in the boardroom and keeps a tight grip on the media. China ranked 106th out of 153 countries in the World Economic Forum’s Global Gender Gap Index 2020 ranking.

At least for now, investors in some of China’s hottest companies don’t seem to be penalising them for having no female directors. Beijing-based electric-vehicle maker Li Auto raised $1.1bn in a Nasdaq initial public offering in July 2020, and EV rival XPeng followed in August with a $1.5bn IPO on the New York Stock Exchange.

Yet there are solid business incentives for companies to promote gender diversity in the boardroom, according to an S&P Global report published in February.

“It brings a broader collection of experience, viewpoints and backgrounds which result in better decision-making,” S&P said. “Having more women on the board also tends to curb excessive risk taking, decrease aggressive tax strategies and improve firm reputation, earnings quality and sustainability performance.”

Hong Kong’s stock exchange, long a magnet for Chinese companies, has become an even more popular destination as US-China tensions have raised the risk of listing on the NYSE or Nasdaq. Shares of JD.com, which has no women on its five-member board, began trading in Hong Kong last June after a secondary listing. Nasdaq-listed Baidu has secured approval from the Hong Kong stock exchange for a second listing that could raise at least $3.5bn, Bloomberg News has reported.

As mainland companies take a larger role in Hong Kong’s market, the city now trails not only regional rival Singapore but also Southeast Asian countries like Malaysia regarding the percentage of companies with female directors.

“Promoting board diversity [with a particular emphasis on gender] will remain a priority to the exchange,” Hong Kong Exchanges spokesperson Henry Sung said in the e-mailed statement. “We will make further announcement to the market for any new consultations on this area in due course.”

Although the exchange in 2019 also began requiring companies to have board diversity policies, those steps have not been effective, said Ko.

“What has resulted is just a barrage of cut-and-paste disclosures,” she said. “You have to ask them to make measurable objectives, but because there is no real deadline to make any specific change, we are where we are.”

Some in the investment community are confident that Chinese companies will have to respond as pressure grows to focus on environmental, social and governance issues.

“There is this massive ESG trend that I don’t think any company can really ignore,” said Nasrine Ghozali, chief risk officer at Oasis Management in Hong Kong and co-chair of the Hong Kong Board Diversity Initiative, with members such as Oasis, BlackRock and Manulife Asset Management.

“Our role as shareholders is to remind companies,” she said. “Often the response is pretty similar: we are working on it, we are thinking about it.”

Women on average have roughly three-quarters of the legal rights of men, according to the World Bank
World
1 year ago

A century on, progress in the workplace and society has been painfully slow
Opinion
1 year ago

Women on average have roughly three-quarters of the legal rights of men, according to the World Bank
World
1 year ago

A century on, progress in the workplace and society has been painfully slow
Opinion
1 year ago