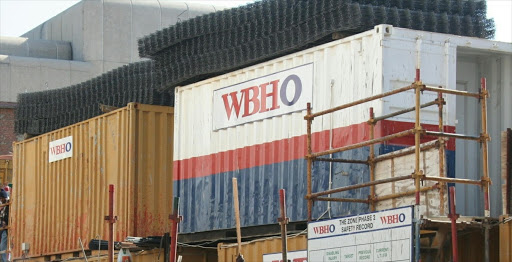 Wilson Bayly Holmes-Ovcon (WBHO), one of a handful of big construction companies still listed on the JSE, suffered a knock as the effect of Covid-19 and the disappointing performance in its Australian business dented its first-half profits.

But the company was positive in its outlook, pointing to what it said was a noticeable pickup in infrastructure projects in SA, where the economy has been struggling for the better part of the past decade.

Headline earnings per share, a measure of profitability in SA that excludes one-off items, plummeted 81% in the six months to December to 81c as its markets imposed temporary lockdown measures to curb the spread of the coronavirus, which curbed productivity and thus revenue.

But lower revenue also came as a result of strict project selection aimed at securing more manageable and lower-risk projects for the right clients in Australia in particular, the company said in a statement on Tuesday.

WBHO has been in operating in Australia since 2000, helping to cushion the company from its home market, where the infrastructure spend has largely dried up since the 2010 Fifa World Cup. As a result, several SA construction firms, including Group Five and Esor, have since filed for business rescue and delisted from the local exchange.

Group revenue was down 11% to R20bn and no dividend was declared. The group’s order book was steady at 35bn. The African order book increased by 13%, comprising a 14% increase in SA and an 11% increase in the rest of Africa that offset the 23% decrease in the order book of the UK operations.

WBHO said there was a noticeable increase in the availability of new projects from state-owned entities, including Sanral, Eskom, Transnet, Prasa and Rand Water as well public-private partnership projects for serviced accommodation.

“Renewable energy projects have also gained momentum under Eskom’s emergency energy round and bidding in respect of round five is expected to be launched in the second quarter of 2021,” it said.

WBHO is a business with a highly competent and experienced management team, but it trades in a sector with low margins and therefore there is no room ...
Companies
1 month ago