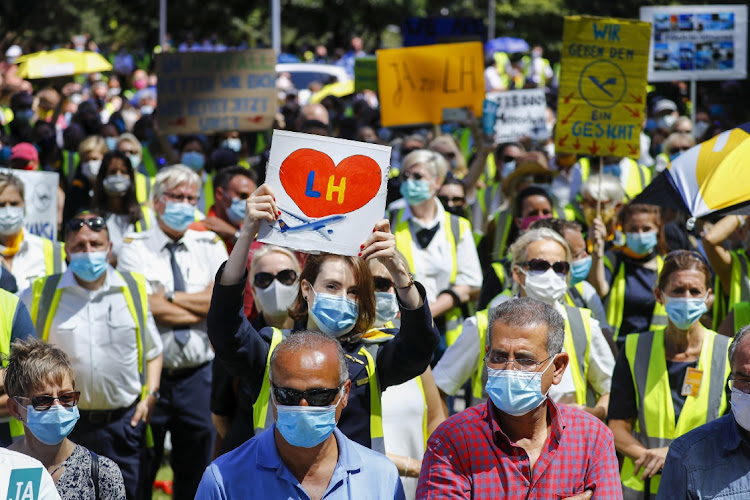 London — Heinz Hermann Thiele built an empire spanning real estate, industrials and agriculture after starting his career in 1969 at Knorr-Bremse, the brake-system maker he turned into a global leader.

The billionaire’s sudden death at 79 is now putting the focus on who’ll inherit his wealth.

That includes a controlling stake in Knorr-Bremse worth more than $10bn, about half of railroad-equipment maker Vossloh, and a major investment in one of Europe’s largest airlines, Deutsche Lufthansa. There’s also a farm in Latin America and a real estate firm planning to transform an area of Munich.

Together, his two children and widow stand to inherit a fortune estimated at about $20bn, according to the Bloomberg billionaires index. That made Thiele Germany’s fourth-richest person and the 97th wealthiest in the world at the time of his death.

Thiele died surrounded by his family, Knorr-Bremse said in a statement on Tuesday, without giving a cause of death or naming his replacement as deputy chair at the Munich-based business.

“The entire company mourns with the family,” Knorr-Bremse said.

Thiele’s plan was to hand ownership of Knorr-Bremse — his largest asset — to his daughter, Julia Thiele-Schürhoff, people with knowledge of the matter have said. She joined the board in 2016, the year after her brother Henrik left the company.

Their father controlled the stake through his family office, Stella Vermögensverwaltungs, which had a shareholder meeting in September at which succession was on the agenda, filings show. Julia, who is Stella’s other major shareholder, would be among the world’s 25 richest women if she inherited all of her father’s Knorr-Bremse holding, according to the Bloomberg wealth index.

“If it hasn’t already, the family office should begin reviewing the assets owned and devise an exit plan for those presenting the greatest risk,” said David Hawkins, co-founder of family-business consulting firm Percheron Advisory. “Thiele’s daughter will be closely involved in this process, but she will likely want to build a family business in her — rather than her father’s — image.”

A representative for the Thiele family at Knorr-Bremse declined to comment.

It’s unclear for now how the clan will share Thiele’s fortune. German laws entitle close relatives such as children and spouses to claim a portion of an estate, but they can also disclaim their inheritance. Tax rates go as high as 50% on inherited assets, though Germany permits full exemptions under certain conditions.

Julia was Knorr-Bremse’s legal counsel before helping lead its efforts for corporate social responsibility. She founded the company’s non-profit organisation after the Indian Ocean earthquake and tsunami of 2004.

After leaving Knorr-Bremse, Henrik established an investment firm focused on start-ups and is now MD of a Munich-based business that offers charging stations for electric vehicles in urban areas, according to his LinkedIn profile. He declined to comment.

“Values traditionally play an important role in a family-owned business,” Thiele-Schürhoff said in Knorr-Bremse’s 2012 annual report. “Our responsibility towards future generations is also becoming more and more important for us as a company.”

The late Thiele had reduced his involvement at the company and was increasingly focusing on his personal interests, Knorr-Bremse said in 2011. In 2020, he sold shares worth more than $1bn to support his other holdings, which include a farm in Uruguay. He also established a real estate firm, OPES Immobilien, that plans to build a development in Munich for more than 1,000 residents on a site formerly occupied by Knorr-Bremse.

He built a significant stake in the airline and expressed dissatisfaction with the German government’s rescue plan, though he ultimately supported the bailout. His last public intervention came in November, when he called on the government to broker talks with the airline’s unions on pay cuts.

“He leaves behind a unique and extraordinary life’s work,” Knorr-Bremse said.

Spur: Appetising bet? Not yet

Spur: Appetising bet? Not yet