‘Free punt’ tax break has a sad ending for Steven White after he invested £40,000 in a movie investment scheme 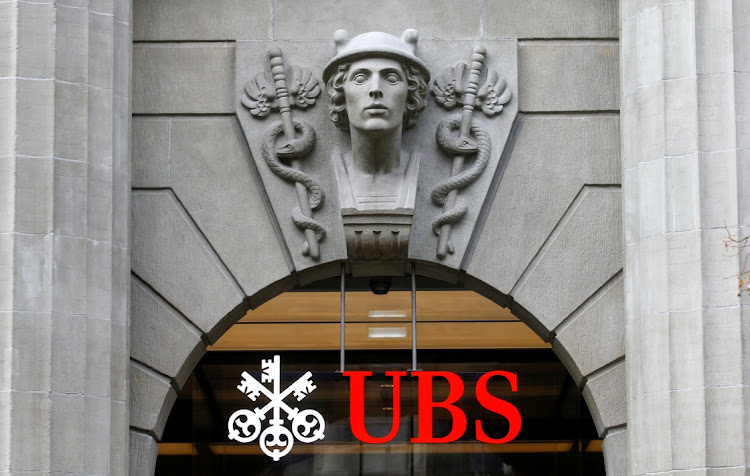 The logo of Swiss bank UBS is seen at its headquarters. Picture: REUTERS/ARND WIEGMANN

London — A former UBS Group executive is suing the bank after saying he was invited to invest in a “free punt” movie tax-break scheme that was eventually investigated by UK authorities.

Steven White, who was the bank’s global head of HR services, is seeking damages from UBS after investing £40,000 in the Ingenious film investment scheme that has been labelled as tax avoidance by the UK White, who said he could not afford to gamble with his money, is among hundreds of individuals now suing the bank in London.

The lawsuit is the latest fallout from the decade-old British film partnerships tax scandal. Investment in the UK film industry ballooned after the government boosted tax credits for funding movies in 1997. But UK authorities tightened the rules a decade later after questions over the legitimacy of some of the productions.

The movie schemes attracted funding from dozens of celebrities and soccer stars, but have faced a string of court battles since British authorities cast doubt on their purpose. Investors are now turning their ire onto the intermediaries, including banks, saying they gave bad advice.

White — who formerly ran UBS’s multibillion Swiss franc internal compensation fund within the asset management unit, according to his LinkedIn profile — said a colleague had called the investment “safe as houses” and “wholly without risk” when they discussed what to do with his bonus about the end of 2005.

He said the colleague assured White that he had injected part of his own bonus in a previous partnership affiliated with the investment fund and that other investors received tax rebates.

“No reasonable adviser in UBS’s position would have portrayed” the film plan “as a ‘watertight’ investment,” White’s lawyers said.

A spokesperson for UBS declined to comment. The bank is one of dozens of defendants in the Ingenious lawsuit, including HSBC Holdings.

UBS has denied that the colleague would ever have labelled the investment as a “free punt” or “bet”. The bank never provided tax advice and relied on Ingenious’s own advice, the bank said in a legal filing.

White was a “sophisticated investor with substantial financial experience,” the bank said, saying it sent him a letter about the scheme noting “his adventurous attitude to investment risk.”

White’s involvement in the lawsuit came to light at a court hearing this month to decide who should represent the group in the lawsuit. UBS had pushed to have White replaced while lawyers for the group argued that UBS was making a “subjective judgment”.

Ingenious involved a series of investments in blockbusters such as Avatar and Life of Pi. Ingenious has previously denied that the plans were set up as a tax dodge and is in its own legal battle with the UK tax authorities over the issue.