Silver is a new target for retail investors wanting to hurt hedge funds, but some on the Reddit group say Citadel will benefit if silver is ‘squeezed’ 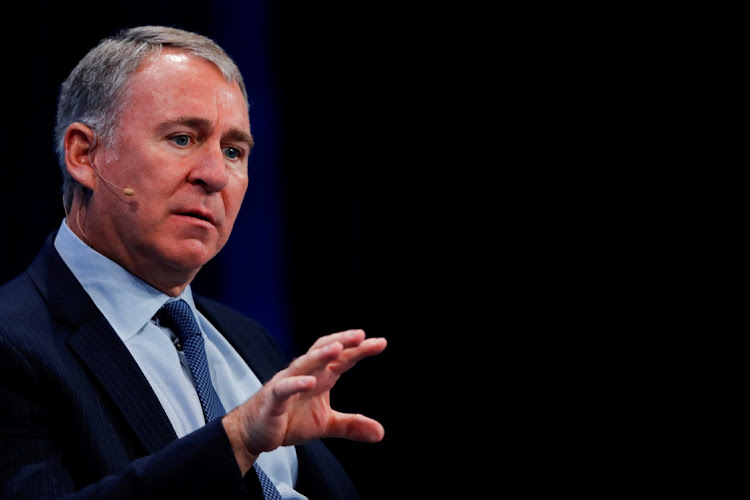 Tokyo — Ken Griffin’s Citadel has once again found itself at the centre of a WallStreetBets drama, this time over the firm’s holdings of silver.

The precious metal has become a popular buying target for retail investors keen to inflict losses on hedge funds, after posts on WallStreetBets claimed the market was ripe for a short squeeze. Yet some members of the Reddit forum have responded with pleas to avoid the trade, saying Citadel stands to benefit as a major holder of the largest silver exchange-traded fund (ETF).

“Citadel is the fifth largest owner of SLV,” one WallStreetBets user wrote on Sunday, referring to the iShares trust’s ticker symbol. “It’s imperative we do not ‘squeeze’ it.”

Citadel Advisors owned about 6-million shares of the iShares Silver Trust as of September 30 2020, equivalent to a 0.93% stake, data compiled by Bloomberg shows.

While these holdings may well be related to its role as one of the world’s largest market makers — the firm also held shares in at least 17 other silver companies and ETFs — the debate they have caused highlights that traders in the WallStreetBets forum are far from a homogeneous group.

They stunned the world by banding together to fuel epic gains in heavily shorted stocks, including GameStop. In the past few days, investors have been watching silver’s rally for clues on the staying power of this David-vs-Goliath buying spree.

Silver futures on the Comex jumped as much as 13% on Monday. That pushed prices above $30/oz to the highest level since 2013, but the gains are, so far, tiny compared to GameStop’s 16-fold surge since mid-January.

A call to Citadel’s Chicago office outside regular business hours went unanswered. It’s unclear whether the firm’s holdings of iShares Silver Trust or other silver-related securities have changed since September — given its market-making role, it is likely they would. Inflows into the iShares trust surged by a record $944m on Friday as trading in the ETF soared.

As well as being one of the biggest market-makers, Citadel runs one of the largest hedge funds in the world. The firm drew the ire of the WallStreetBets crowd in January after it injected cash into hedge fund Melvin Capital, which lost about 53% in January after being hit by a short squeeze on shares, including GameStop.

Anger towards Citadel among WallStreetBets users only increased after Robinhood Markets imposed curbs on trading GameStop last week. Some alleged that Griffin, whose firm helps execute orders from Robinhood customers, might be behind an attempt to stamp out the rebellion of individual investors.

Citadel and Robinhood both denied any involvement by the billionaire in the decision.

The new US treasury secretary is among a handful of officials monitoring the social media-drive fracas, but is more broadly responsible for the ...
World
11 months ago

Customers, celebrities and politicians chide firm for restricting trade in stocks, which include GameStop
Companies
11 months ago