About three years ago, the US imposed the sanctions saying the mining magnate had used his friendship with the former DRC president to get mining deals worth over $1bn 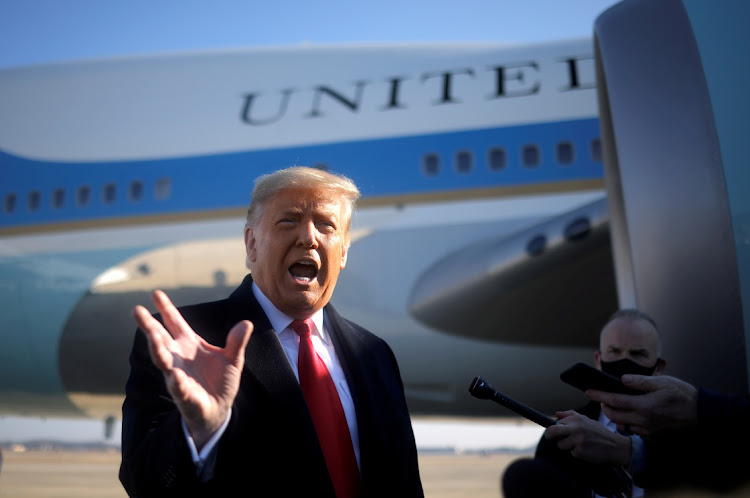 Dakar — In its final week in office, former US president Donald Trump’s administration eased sanctions against Israeli mining magnate Dan Gertler that were imposed for alleged corruption in Congo, according to a licence issued by the US treasury department.

The licence, which was not announced publicly, was issued by the treasury’s Office of Foreign Assets Control (Ofac), according to a January 15 letter to Gertler’s lawyers that was obtained by The Sentry, a Washington DC-based anticorruption group, and seen by Reuters.

It was not clear why the licence was issued. The treasury did not immediately respond to emailed requests for comment on Sunday and Monday.

A spokesperson for Gertler welcomed the move but antigraft campaigners urged US President Joe Biden’s treasury to revoke the licence.

The treasury imposed the sanctions in December 2017 and June 2018, accusing Gertler of using his friendship with Democratic Republic of Congo(DRC) former president Joseph Kabila to secure sweetheart mining deals worth more than $1bn.

The sanctions prohibited Gertler from doing business with US citizens, companies or banks, effectively barring him from doing transactions in dollars.

Gertler has always denied any wrongdoing and argued that his investments in DRC contributed significantly to the country's development.

While the licence does not remove Gertler, an associate and more than 30 of his companies from the sanctions list, it authorises, until January 31 2022, "all transactions and activities" otherwise prohibited by sanctions against them.

It also requires them to submit detailed reports to Ofac every 90 days about their financial activities.

"Mr Gertler is grateful to Ofac for issuing a licence that will enable him to operate his businesses and philanthropic activities," a spokesperson said in a statement.

"He welcomes the reporting requirements and, with the oversight of a distinguished compliance team, looks forward to demonstrating that all of his activities fully comply with the letter and the spirit of the Ofac licence and the law."

Brad Brooks-Rubin, The Sentry's MD and a former treasury official, said in a statement that the licence served "no discernible geostrategic or national security purpose".

"Unlike the pardons and regulatory changes done openly, or any of Treasury's normal methods for undoing sanctions, this was done behind closed doors not only to the public but many professionals in the government as well," he said.

The Sentry called on Biden’s treasury department to revoke the licence.

One of the lawyers who lobbied Ofac on Gertler’s behalf was Alan Dershowitz, who represented Trump in his first impeachment trial before the Senate in 2020, according to a disclosure form filed with Congress in 2018.

Dershowitz did not immediately respond to an e-mailed request for comment.