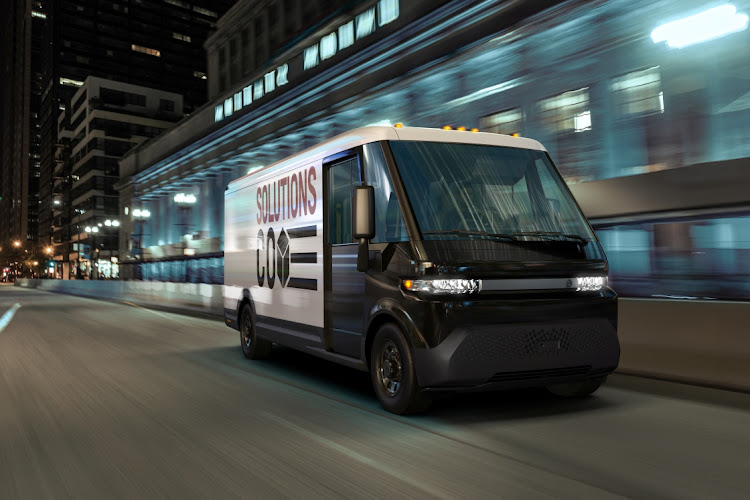 Detrioit — General Motors (GM) staked its claim in the growing electric delivery vehicle business on Tuesday, with CEO Mary Barra outlining plans for its first BrightDrop commercial vans to be delivered to FedEx by year-end.

The move will put GM squarely in competition in the commercial sector with rival Ford Motor as well as start-ups such as Rivian, Arrival and Canoo that are developing electric commercial vehicles for customers from Amazon to Hyundai Motor.

Fuelled in part by the Covid-19 pandemic, GM estimates the US market for parcel and food delivery will climb to more than $850bn by 2025. And it is one sector that electric vehicle (EV) sales leader Tesla has yet to crack.

Barra said BrightDrop will offer delivery and logistics customers such as FedEx a range of products and services that leverage the carmaker's expertise in electrification and fleet management.

The BrightDrop EV600 will use a version of GM's Ultium battery system that will power many of the company's future EVs, including the Hummer EV truck and the Cadillac Lyriq crossover.

Barra introduced BrightDrop in an online keynote address at the annual tech and gadget show CES.

Pam Fletcher, GM vice-president of global innovation, said the EV600 is a large, purpose-built delivery van that will have a range of 400km between charges, with a long list of advanced safety features and built-in internet connectivity.

Unlike Cruise, the San Francisco self-driving start-up that is majority-owned by GM and is developing a robotaxi business, BrightDrop does not plan to operate its own vehicle fleet, but will focus on supplying electric vans and related services to commercial customers.

A source familiar with details of the EV600 said it will share its basic underbody architecture with the Hummer EV and a variety of other large GM trucks and SUVs that will hit the market over the next three years.

The first 500 units will go to FedEx by the end of the year, with deliveries to other customers starting in early 2022, Fletcher said.

In November, GM said it would challenge Tesla with increased spending and accelerated vehicle production targets. The higher investment will be funded by expanded truck and SUV production.

Tesla's soaring market capitalisation, and growing pressure from regulators to phase out carbon-emitting petrol engines, has pushed established carmakers to speed up production of EVs, even though for now those models promise less profit than current trucks and SUVs.

GM said it planned to increase spending on electric and autonomous vehicles to $27bn by 2023, up 35% from previously disclosed plans. The Detroit company will offer 30 EVs globally by 2025, and wants to exceed annual sales of 1-million EVs in China and the US by then.

The force behind Tesla and SpaceX is now worth $194.8bn, with more than 80% of that added in the past year
World
3 months ago

While profits from other units have filled VW’s coffers over the years, its high fixed costs were exposed when sales tanked during the Covid-19 ...
World
3 months ago