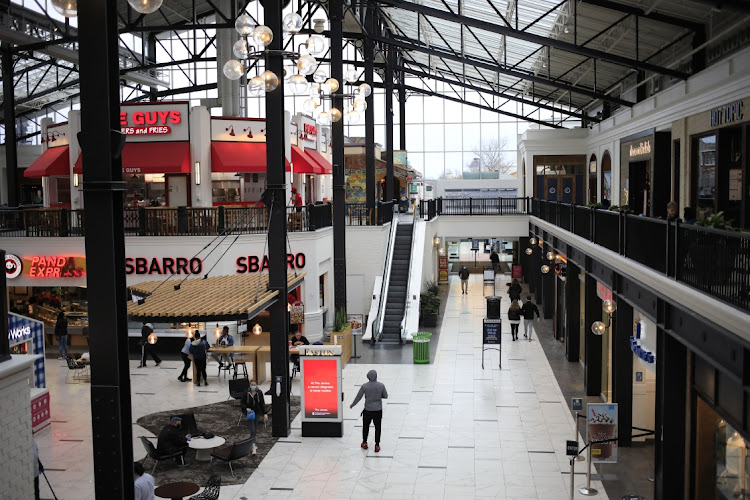 New York — Digital brands looked headed for a reckoning a year ago, with bloated valuations, rising advertising costs and ever more competition.

Then the Covid-19 pandemic hit the US and gave a giant gift to brands that mainly sell directly through the web. With their brick-and-mortar competition shuttered and the virus raging, Americans flocked online and loaded up on home goods, comfy clothes and much more. And this was not just 20-somethings, but pretty much everyone.

This helped remove a big hurdle to continued growth for direct-to-consumer brands: finding new customers. The bulk of these businesses got off the ground by flooding social media with adverts targeted at younger shoppers. This created a winning formula and digital brands flourished last decade.

However, they increasingly faced rising marketing costs as brands selling everything from subscription toothbrushes to cleaning services poured cash into courting the same young cohort. That led many to try to push into the mainstream by opening stores and advertising on television or through direct mail to win shoppers it could not reach online. Covid-19 helped on this front, too, because industries hit hard by the pandemic, such as restaurants and travel, slashed advertising. That brought down advertising rates on the web and in traditional media, creating a big opening for smaller brands.

“At a point, these brands either move into the mainstream or fizzle out,” said Sonal Gandhi, chief product officer for The Lead, a research and events firm focused on e-commerce. Because of the “pandemic and everyone going online, they can reach the older customers they couldn’t before”.

This is another blow for legacy retailers and brands, many of which have been hammered by the store closures and recession triggered by Covid-19. The 10 largest public US companies that are either clothing retailers or department stores collectively had $38bn of revenue wiped out last year, or about a quarter of their 2019 sales, according to estimates compiled by Bloomberg.

At Mack Weldon, an underwear and casual basics brand based in New York, the opening in advertising markets helped create a boom in new customers during the fourth quarter, according to CEO and founder Brian Berger. And that included gains among senior citizens.

Covid-19 also got Mack Weldon, which has annual revenue of more than $50m, into television for the first time. The company did it cheaply, using a freelance producer to create a spot in house with previously recorded customer testimonials. In the fourth quarter, it doubled its television budget and plans to keep up that spending early in 2021.

The Lead included Mack Weldon in its Foremost 50, a list of direct-to-consumer brands it sees as positioned to have staying power and challenge incumbents. The past five years showed that starting a digital brand became easier with the increased automation of digital advertising, but few have broken out.

Many of these brands have taken on investment from venture capital and other sources, which is why there was so much hand-wringing when their prospects to either go public or be acquired faded. And that is why this moment could be so crucial, according to Gandhi.

Not only do these brands have an opportunity to push into a new demographic or part of the country, but they are luring older customers who are often more loyal. Many have shopped at the same stores for decades and could be as devoted to a digital brand they trust, she said.

“The crossing over into the mainstream has been facilitated” by the pandemic, Gandhi said.

At Tecovas, based in Austin, Texas, the pandemic sapped demand for its handmade cowboy boots as there were not as many occasions, such as concerts or weddings, to wear them, according to CEO and founder Paul Hedrick. But even with the industry down 30%, the company boosted sales about 10% last year because of its acumen in digital advertising, he said. A big help was that its marketing cost per customer declined by about a quarter.

“We found a tonne of new customers,” Hedrick said, partly crediting the drop in digital advertising rates. “There were tailwinds in reaching consumers more cheaply.”

Tecovas also stuck with its plan on physical stores and opened seven in the US after the pandemic hit, more than doubling its total. While it did not get any great deals on leases because they were signed months in advance, cheaper rents may be a boon for the brands that go into brick and mortar, said Hedrick, who left a career in private equity to start Tecovas in 2015. He sees the past year as a reset for the direct-to-consumer market.

“Over the last 12 months, a lot of people came to their senses,” said Hedrick, whose company also made The Lead’s list. “Valuations came down to earth. There was a flurry of enthusiasm that got overly enthusiastic.”

Resilient brands that overcame adversity in 2020

The common themes that emerged from 2020 are that strong brands will endure if they are nurtured, says a recently published Forrester report
News & Insights
8 months ago

Banks, retailers see uptick in members as consumers look for ways to save money
Business
8 months ago

How the Covid-19 pandemic has revolutionised retail

How the Covid-19 pandemic has revolutionised retail