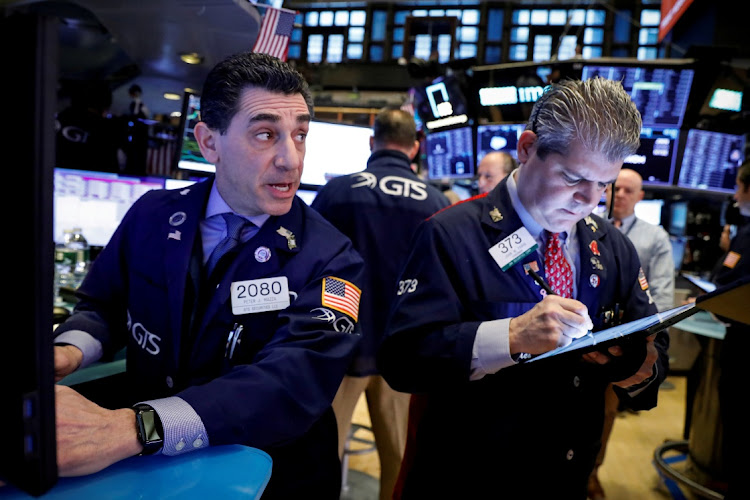 Traders on the floor of the New York Stock Exchange in New York, the US. Picture: REUTERS/BRENDAN MCDERMID

New York — The New York Stock Exchange (NYSE) is proceeding with a plan to delist three major Chinese telecom firms, its second about-face this week, after US treasury secretary Steven Mnuchin criticised its shock decision to give the companies a reprieve.

The pivot comes after the NYSE’s earlier move caught US officials off guard. The exasperation reached the highest levels of the administration of President Donald Trump, who signed an executive order in November requiring investors to pull out of Chinese businesses deemed a threat to US national security. The NYSE’s back-and-forth moves have also sowed deep confusion in global financial markets.

The decision is based on “new specific guidance received on January 5 2021, that the department of treasury’s office of foreign assets control provided to the NYSE”, the exchange said in a statement on Wednesday. “The issuers have a right to a review of this determination.”

Mnuchin entered the fray on Tuesday, calling NYSE Group president Stacey Cunningham to express his displeasure with the decision to let China Mobile, China Telecom and China Unicom Hong Kong keep trading on the Big Board, according to people familiar with the matter. The order signed by Trump is scheduled to take effect on January 11, nine days before he leaves office.

The NYSE first announced it would delist the companies on New Year’s Eve, before changing course four days later. The initial decision was meant to comply with Trump’s order, but the exchange reversed course after questions emerged over whether the companies were actually banned, according to people familiar with the matter.

The trio of companies lost more than $30bn in market value in the final weeks of 2020 as investors pulled back following Trump’s order, then shed as much as $12bn more as their American depositary receipts tumbled on Monday on the NYSE’s decision to delist them. Prices climbed on Tuesday after the NYSE cancelled the delisting, then softened again after Bloomberg reported that the exchange may proceed after all.

If president-elect Joe Biden leaves Trump’s executive order in place, US investment firms and pension funds would be required to sell their holdings in companies linked to the Chinese military by November 11. And if the US determines additional companies have military ties in the future, American investors will be given 60 days from that determination to divest.

Since the start of the coronavirus pandemic, Trump’s administration has ramped up its attacks on China, imposing sanctions over human-rights abuses and the nation’s crackdown on Hong Kong. The US has also sought to sever economic links and deny Chinese firms access to American capital.

Hardliners in the administration have warned investors for months that Chinese companies could be delisted from US exchanges. As far back as August, a senior US state department official, Keith Krach, wrote a letter warning universities to divest from Chinese firms ahead of possible delistings.

After backtracking on its decision to bar three telecoms firms, the bourse might revert to its original stance
World
9 months ago

Trump’s 11th-hour executive order irks China, which accuses the US of abusing power and being a bully
World
9 months ago
Next Article

US doubles down on barring US investment in Chinese firms with alleged military ...

US doubles down on barring US investment in Chinese firms with alleged military ...