Pershing Square has record pandemic performance with return of 70% 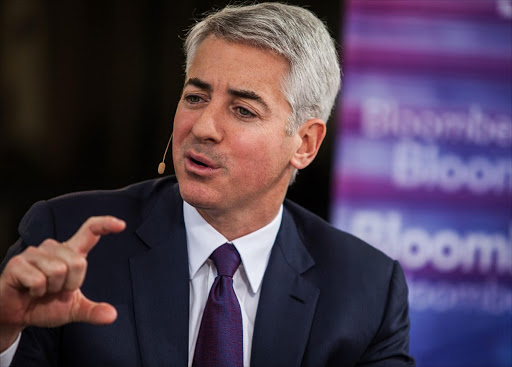 New York — Bill Ackman’s Pershing Square Capital Management reported a second straight record performance in 2020, as a bet in the early days of the pandemic helped the fund return 70% on investments.

The billionaire investor said Pershing Square had a net return of 4.6% in December alone. The annual results eclipsed the 16% gain in the S&P 500, and surpassed Ackman’s 2019 record of about 58%.

Back-to-back wins mark an impressive return for Ackman, whose hedge fund previously racked up three consecutive years of losses after a disastrous bet on Valeant Pharmaceuticals and an ill-fated short-selling campaign at Herbalife Nutrition, among other challenges.

2020 marked a return for human-run hedge funds, after years of being outclassed by computer-driven quantitative strategies.

Pershing Square’s 2020 performance was driven by a lucrative credit hedge Ackman put in place in the lead-up to the coronavirus crisis and the subsequent market sell-off. Ackman said in April that he had been so concerned about the potential impact of the coronavirus he had considered liquidating Pershing Square’s entire portfolio before instead opting for a credit-hedge strategy.

The bet paid off, returning about $2.6bn to Pershing Square by the time it was sold in March, or roughly 100 times the size of the original investment. Ackman used the proceeds to make what he called a “recovery bet” on the economy, increasing stakes in portfolio companies and reinvesting in others including Starbucks.

Ackman’s attention later turned to his blank-cheque company, Pershing Square Tontine Holdings. In July, the special purpose acquisition company (SPAC), raised $4bn in an initial public offering (IPO), plus a $1bn commitment from Pershing Square, and is now seeking a private company to take public. Ackman has held talks with Airbnb, Stripe and others.