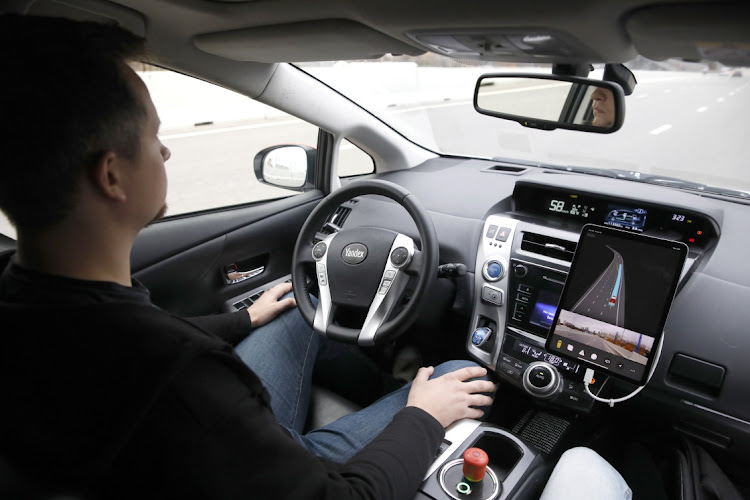 Detroit — Aeva, a laser-sensor start-up founded by two former Apple engineers, is poised to increase its war chest by $200m with an investment by a Hong Kong-based hedge fund ahead of its public listing via a reverse merger.

The funding from Sylebra Capital Management is expected to boost the total proceeds from its planned deal with InterPrivate Acquisition to $563m, an Aeva executive said. Investor interest in Aeva is part of a wave of financing deals targeting next-generation vehicle-related companies focused on fields such as battery-electric and driverless technology.

InterPrivate shares have rallied 47% to $14.54 since the merger was announced on November 2. The deal is expected to close in the first quarter of 2021.

Lidar, a system of laser-based sensors that allows a vehicle to “see” its surroundings, is among the most expensive components of autonomous cars and key to enabling more advanced self-driving features. With robotaxis still years away, lidar companies are targeting limited self-driving features in passenger cars and consumer devices and industrial robots.

Aeva joins four other lidar-focused firms that have planned or completed reverse mergers in recent months, including Luminar Technologies and Innoviz Technologies. All have done so via special purpose acquisition companies (SPACs). Those blank cheque financing vehicles became a major source of initial public offerings in 2020, raising a record $78bn in the US alone.

Sylebra, which oversees about $3.8bn and which is led by a veteran of Coatue Management, added to its existing stake at prices ranging from $11.50 to $16 per share, according to a December 31 securities filing. The hedge fund firm will have an interest of about 7% after the reverse merger is completed.

“The company is a leader in frequency modulated continuous wave technology, which we believe is where the market is headed, not just for auto, but also for consumer, industrial and commercial applications,” said Dan Gibson, Sylebra’s Hong Kong-based chief investment officer. He put the potential market size one day at several tens of billions of dollars annually. “We are buying at price points that are very attractive vs the long-term opportunity and the firm is backed by strong and experienced management.”

Aeva — a company that’s yet to make a profit — is valued at about $3bn, CEO Soroush Salehian said in an interview. Aeva plans to use the extra cash to meet demand from consumer device companies and speed up some of its technological achievement milestones, he said.

“We are seeing interest from a number of new customers, from auto and industrial and consumer applications,” Salehian said, adding the company is working on applications for mobile phones, tablets and consumer health.

Salehian, who helped develop the Apple Watch during his almost five years as a product manager at the tech giant, says Aeva has an edge in consumer devices because its tech can be fit onto a chip small enough for tablets and smartphones, as well as the bulkier boxes used for automotive lidar.

That applicability of the start-up’s technology beyond vehicles helped convince InterPrivate to join forces.

“A factor to us was Aeva had a broader set of applications and customers that included large tech companies as well as automotive companies,” said Ahmed Fattouh, CEO of InterPrivate.

Aeva says it has received strategic investments from Porsche, the majority shareholder of Volkswagen. The company also is working with VW brand Audi, and with customers in trucking and mobility, Salehian said. It expects to generate revenue from series production of a car starting in 2024, and has said it’s partnering with German automotive supplier ZF Friedrichshafen  to integrate its tech into cars.

Stanford scientists take electric vehicle batteries to a new level, but can they keep sparking?

One of the most unsettling developments in business in 2020 was the trend for electric-vehicle companies to list on a stock exchange before they have ...
Opinion
8 months ago

SoftBank’s maiden SPAC coincides with a frenzy of IPO activity, especially in the tech sector
Companies
9 months ago

The Stanford University dropout’s backers include Peter Thiel, who awarded Russell a fellowship to help start the firm
Companies
11 months ago