Boeing’s 737 MAX to be used in American Airlines flight

The airline, with its president on board, will make a round trip from Miami to New York after being grounded for 21 months 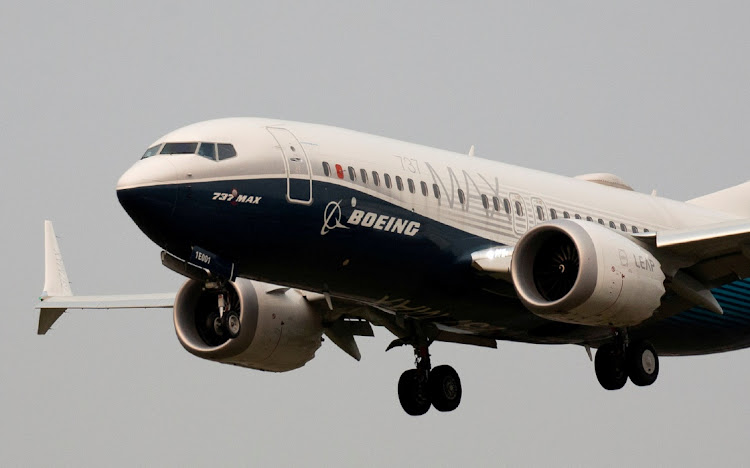 A Boeing 737 MAX 7 lands during an evaluation flight at Boeing Field in Seattle, Washington, US on September 30 2020. Picture: REUTERS/LINDSEY WASSON

Texas — Boeing’s 737 MAX is poised to return to commercial service in the US with the first flight since two deadly crashes prompted the longest aircraft grounding in the nation’s history.

American Airlines Group is scheduled to fly a 737 MAX 8 at 10.32am on Tuesday on a round trip from Miami to New York’s LaGuardia Airport. American’s president, Robert Isom, plans to be on both flights. US regulators lifted the flying ban in November after ordering extensive revisions to the plane’s flight-control computer and other changes.

For Boeing, the MAX’s return is the keystone of the company’s efforts to restore a balance sheet battered by the grounding and the coronavirus pandemic. The MAX accounts for about 80% of Boeing’s backlog of aircraft orders and represents the company’s only offering in the crucial single-aisle market, in which the US plane maker trails Airbus.

American said it hasn’t seen signs that customers are trying to avoid the MAX.

“Bookings on the MAX are comparable to other aircraft, and we aren’t seeing data to suggest customers don’t want to fly the aircraft,” Sarah Jantz, a spokesperson for the Fort Worth, Texas-based carrier, said in an e-mail.

Southwest Airline, the MAX’s largest customer, plans to fly the model in 20201, as do United Airlines Holdings and Alaska Air Group.

The order, worth about $2.96bn, comes less than three weeks after Ryanair also placed an order for 75 of the jets
Companies
9 months ago

The EU Aviation Safety Agency has published a proposed airworthiness directive with the FAA, calling it the most scrutinised aircraft in history
World
9 months ago
Next Article