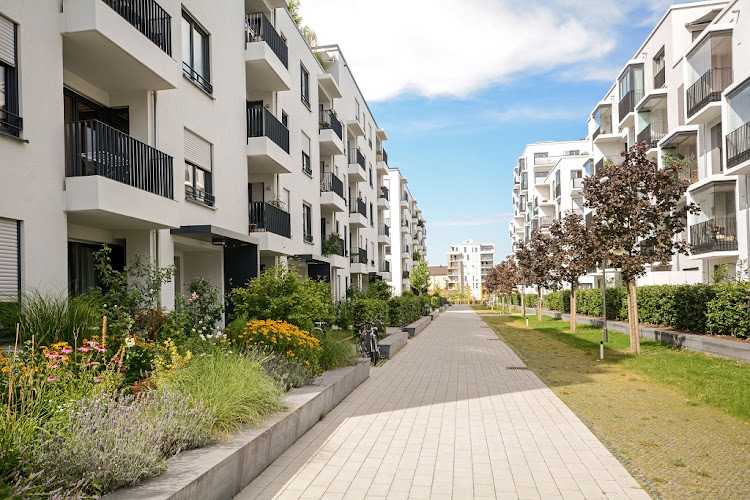 New York — Eric Wu made his first foray into real estate as a student at the University of Arizona, using scholarship money to make a down payment on a rental property. Now, he has taken his company public through a merger with a special purpose acquisition company.

Opendoor Technologies began trading on Monday after the completion of the merger. The shares bounced between gains and losses and eventually closed at $31.25 in New York, 5.9% higher than the price on Friday.

Wu owns nearly 33-million shares of the company, a stake worth more than $1bn.

The market debut marks the end of a roller-coaster year for Opendoor, which sits at the vanguard of real estate technology. Its prospects looked dim during the early months of the Covid-19 pandemic, when lockdowns froze US home sales and Opendoor announced plans to cut 600 jobs, about a third of its staff.

“The job for us is to help the customer move, and selling a home is one component,” Wu said. If the company can “build trust with the customer, they’ll want us to handle all the things involved in moving, and that opens up a wide range of services that we can monetise”.

Wu, 38, cofounded the company in 2014, when tech companies were making activities like hailing a cab or buying groceries something that consumers could do on their phones. Opendoor’s early mission, he said, was to make it possible to “sell a home online in a few clicks”.

That seemed like a wild idea to many in the real estate industry when Wu started the company with a group that included the venture capitalist Keith Rabois.

The company’s core business is to buy homes over the internet, make light repairs and put them back on the market. It expects to sell more than 37,000 homes in 2023, according to a filing, more than all but the two biggest US home builders sold in 2019.

Flipping homes at that scale is a complicated process. Opendoor hired engineers and data scientists to develop systems for pricing homes, and lined up credit facilities to finance purchases. It assembled teams of contractors to paint walls and replace carpets, and designed a user interface to allow sellers to enter into the biggest transaction of their lives with a few clicks of a button.

“It felt like we were building four start-ups at the same time and shooting for the moon,” said Wu. “There was a healthy amount of scepticism that we could pull it off.”

While real estate brokers and other industry players expressed doubt, Silicon Valley liked the idea of disrupting the $1.7-trillion market in annual US home sales. Opendoor raised more than $1bn in equity from SoftBank Vision Fund, Khosla Ventures and others. It also raised billions in credit facilities, allowing the company to fund home purchases entirely with debt.

Opendoor still has plenty of work to do. The company has accumulated losses of $989m and does not expect to record positive adjusted earnings before interest, taxes, depreciation and amortisation until 2023. It is planning to expand into scores of new geographic markets, and working to build out new services, like originating mortgages.

A hot housing market is likely to help. The pandemic gave Americans reasons to seek larger homes, but housing experts say it merely accelerated a demographic shift to suburban living that was always likely as older millennials started families.

“The balance has tipped a bit and I don’t think it’s going back any time soon,” said Glenn Solomon, managing partner at GGV Capital and an Opendoor board member.